Developer Avalanche Studios had a panel today during PAX East where they showed off some new screenshots and talked about Just Cause 3. Amongst other things they wanted to explain to everyone why they haven't released any Gameplay yet. So far they have only released screenshots of the game, on a couple of different occasions. 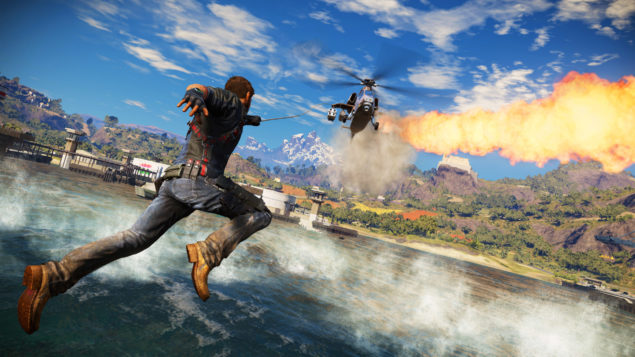 Still No Gameplay for Just Cause 3

During the PAX East Panel, Game Director Roland Lesterlin said that they are not showing any in-game footage yet because they want to do things "the right way," he continued to say that they wanted to put all of the finishing touches on the game and make sure it was polished before they actually show it to everyone in motion. "It's coming and it's worth it."

"We're all gamers, too, We've spent many years working on this, pouring our heart and soul, and the first time you see it, we want you to say, 'Wow, that's awesome, we can't wait for that.'"

The rest of the panel they mostly discussed the series history and what we have seen in the previous 2 games. They did however go on to talk a bit about modding, which to me sounds very promising for us PC-folks, since this might mean we get to see some steamworks integration perhaps?

"The guys on the Just Cause multiplayer mod team have helped keep Just Cause 2 alive for five years after release," he said.  "We've looked a lot at what they've done as we planned out the third game. There is no multiplayer mode in Just Cause 3, we're focusing entirely on the sandbox experience, but we will continue to support and work with the modding community and we will see what happens."

If not a steamworks integration, then it looks like we will at least get to see a new multiplayer mod for Just Cause 3, which would be great. I have spent many hours going about doing crazy and silly stuff with grappling-hooks, and of course spreading chaos everywhere with the Just Cause 2 Multiplayer mod. Below you can find an assortment of old screenshots, which does look quite good.

Just Cause 3 launches this holiday for PC, PlayStation 4 and Xbox One.