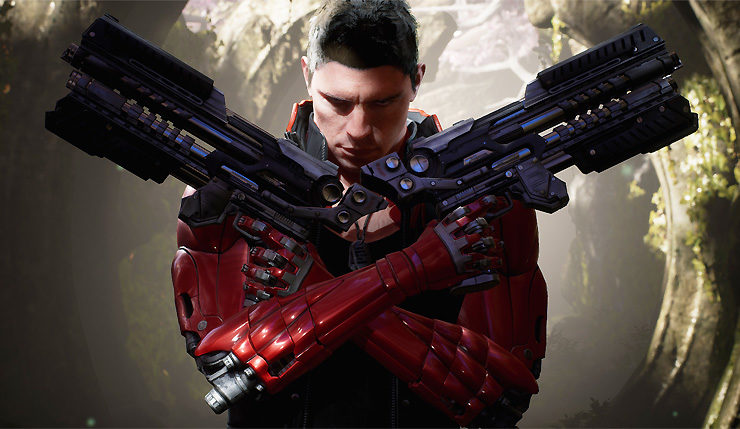 Epic Games is on top of the world right now thanks to Fortnite -- specifically, the stand-alone Fortnite Battle Royale, which has attracted over 40 million players -- but that success comes at a price. Unsurprisingly, Epic is refocusing nearly all its resources on Fortnite, which is bad news for their 2016 MOBA, Paragon. Last week, in a candid message to fans, Epic admitted the game hadn’t lived up to expectations, but insisted they still wanted to “evolve Paragon [in order] to achieve growth and success.” Well, apparently that’s changed, as Epic has officially announced Paragon is shutting down.

The Paragon team offered the following heartfelt goodbye to fans:

It’s with heavy hearts we’ve decided to close down Paragon. We truly appreciate everything you’ve put into Paragon. We received many passionate ideas for where to take the game -- the outpouring of thoughtful suggestions is another testament to this incredible community.

After careful consideration, and many difficult internal debates, we feel there simply isn’t a clear path for us to grow Paragon into a MOBA that retains enough players to be sustainable. We didn’t execute well enough to deliver on the promise of Paragon. We have failed you -- despite the team’s incredibly hard work -- and we’re sorry. To try to make this right, Epic is offering a full refund to all Paragon players. This refund will come directly from Epic rather than your platform provider.

Thank you for joining us on this journey and for your dedication to Paragon.

Epic Games launched Paragon as an Early Access game back in March 2016 and remained cagey about a full release as they continued tinkering with the title. Now that full release will never come. We don’t know exactly how many people were playing Paragon, since the game was released independently by Epic, rather than through Steam, but in their own words, the numbers weren’t enough for the game to be considered a “mainstream success.”

Paragon will shut down on April 26. You can request your refund, right here. Those playing on PS4 will have to create and link an Epic account to get their money back.