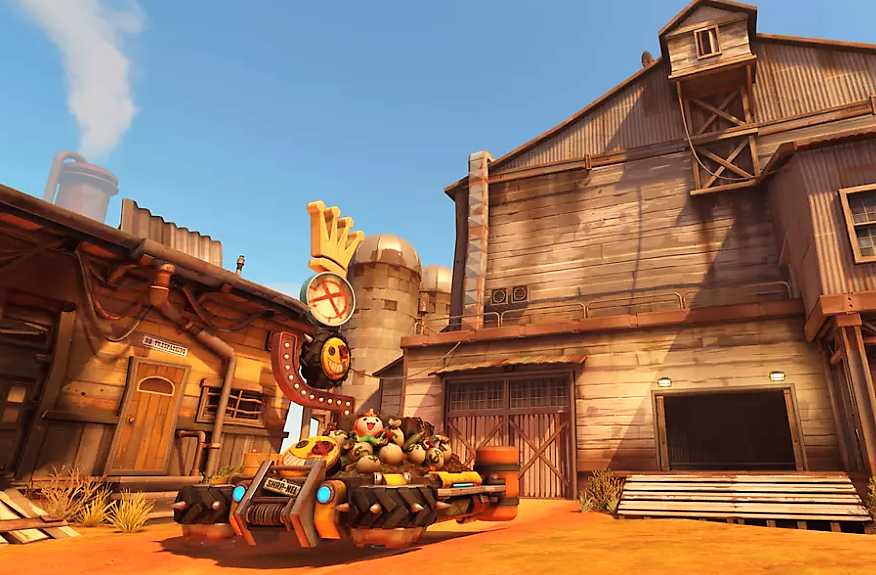 Blizzard recently announced that a new update is already available in Overwatch for PC, PlayStation 4 and Xbox One, which adds the much-expected map of Junkertown. In addition, the FPS received several balance changes.

According to reports, Junkertown is located in Australia, and it is a place where we learn more about Roadhog and Junkrat. The place was built by scavengers, so its structures are not in the best state and several things are made up of garbage. That said, Blizzard designed it to make it look like an actual living place.

You can learn more about what awaits you in Junkertown if you check the following video.

Among the balance changes of this update some important settings are found for characters such as D.Va, Mercy and Reinhardt. Thus, the player now has a new ability - Micro Missiles - that allows you to launch small missiles; plus you can shoot while using the Booster and Defense Matrix will wear twice as fast.

For her part, Mercy has a new Ultimate called Valkyrie while Resurrect is now a secondary skill that has a smaller radius of action and can only revive a character. In addition, Reinhardt will be able to rotate the camera while using Barrier Field to be aware of what is happening around him.

Finally, with this update Blizzard also fixes some bugs that Overwatch players had reported. In addition, the character selection screen will no longer appear in the mode of Mystery Heroes.

In recent news, Blizzard announced that in the coming weekend you can play Overwatch for free on PlayStation 4, Xbox One and PC. To install the trial on your PC you must download Blizzard's Battle.net app and create a Blizzard account; when you do, just open the program and press the install button in the Overwatch tab. On consoles, things are a little easier, since you just have to search for the Overwatch trial in the store and then download it.

In addition, Blizzard confirmed that Overwatch will officially receive a Deathmatch Mode. Overwatch is available now on PC, PlayStation 4 and Xbox One.