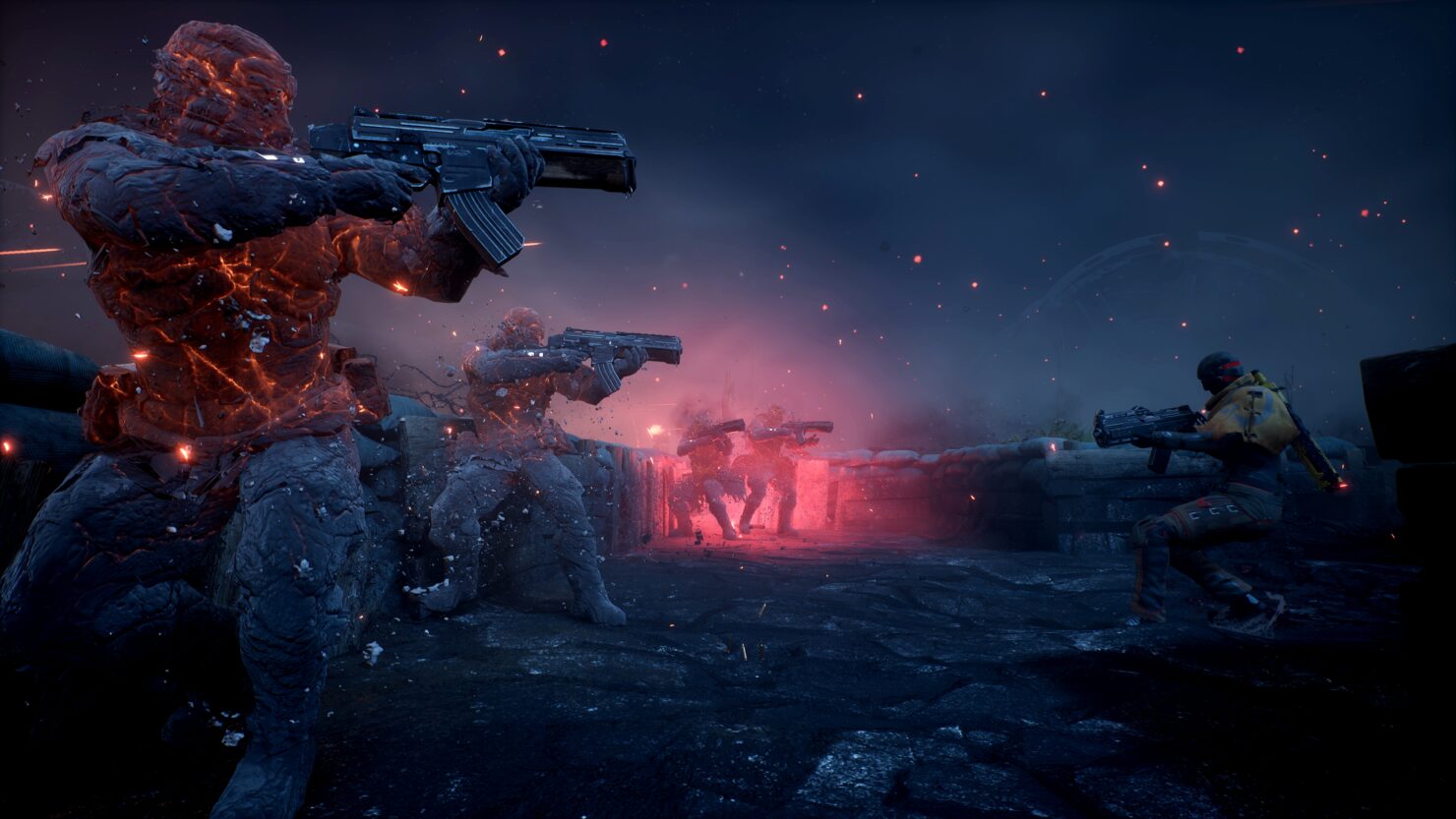 It's been quite a while since we heard of the Outriders project. Square Enix announced the partnership with People Can Fly, a studio known for Painkiller, Bulletstorm, and its collaborations with Epic on Gears of War and Fortnite, all the way back in 2017.

Over the years of development, the game got way more ambitious than it originally was, according to People Can Fly CEO. Now, Outriders is finally approaching its Holiday 2020 release window and Square Enix invited us to a remote hands-on opportunity. As other publishers have done recently, the preview took place through PARSEC, which makes a proper assessment of the visuals quality rather tricky due to the compression involved in the streaming process.

However, we did get a sense of how Outriders plays, and it feels like an almost deliberate blend of Bungie's Destiny and Massive Entertainment's Tom Clancy's The Division. Granted, the two games are already known to be similar to each other, being loosely grouped in the so-called 'looter shooter genre'.

The key difference is that Outriders mixes The Division's third-person shooter cover mechanics with the use of magic-like powers not too dissimilar from those featured in Destiny. According to the lore, humankind had to flee Earth after it became unlivable due to extreme weather and temperatures. As usual in the Sci-Fi mythos, massive ark-like spaceships are then constructed to perform the migration to a promising faraway planet called Enoch.

At the end of the long journey through space, though, the titular Outriders disembark first in order to verify the safety of the environment for the entire population. That's when the mysterious energy storm that was simply labeled 'Anomaly' unexpectedly hit the new settlers, killing some of them while injuring others who are put into cryostasis to keep them alive. Once these people wake up, over thirty years later, they are called 'Altered' because of the powers they've received through the Anomaly. 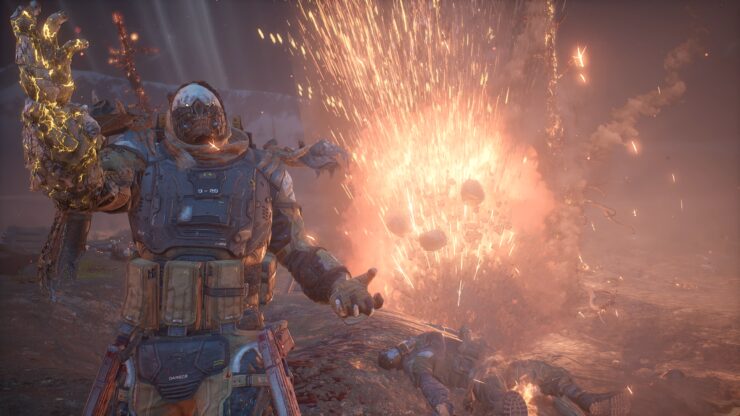 At launch, there will be four classes in Outriders: the Trickster, who is said to bend the laws of time and space to appear and disappear at will; the Devastator, who is capable of creating earthquakes ; the Incinerator, capable of conjuring fire to incinerate foes; and finally the newly announced Technomancer, which is also the class we played during the preview session. The developers have described it as a long-range support class by default, but Outriders features an extensive character customization tree structure divided into three paths, labeled as Pestilence, Shaman, and Demolisher.

At any rate, if tech constructs such as turrets, mines, missile launchers and rocket launchers are your thing, the Technomancer is one class you'll have to keep in mind for when you get to play this game. It also possesses the best healing abilities out of all classes, which means it might be the class of choice for all the support-inclined players out there.

One thing was quite obvious from our hands-on - powers in Outriders recharge a lot faster than they do on average in Destiny. This is important as while gunplay is solid, it's also not quite on the same level of awesomeness seen in Destiny; then again, it's not easy to outdo Bungie on this particular field of expertise. Having the chance to use powers far more often can potentially make up for it, though. Players will get to pick three of those between a selection of various powers and skills. 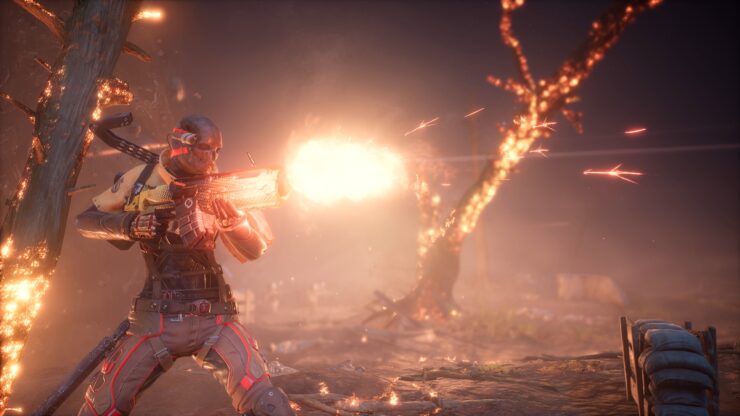 While a cover system is indeed in place, it is likely that players won't be hiding behind covers all the time in Outriders. That's because your character's health doesn't regenerate on its own after some time as in most third-person shooters; instead, you'll have to kill enemies to do so, which is meant to reward a more aggressive playstyle.

In terms of the game's structure, it is immediately clear that this is not an open world design. Outriders features hubs where you pick up quests and then head out, alone or with your party of up to two friends, to specific map sections in order to complete your objectives.

People Can Fly is also banking quite heavily on the story of Outriders, but that too is something we really could not properly assess in our short hands-on time. Still, it is clear that a lot more effort went into it than in the studio's previous game Bulletstorm, for example.

Our hands-on time with Outriders didn't fully answer the one million dollar question of why would existing Destiny or The Division players switch to the new game. However, it is way too early to discount the possibility of People Can Fly having some meaningful aces up their sleeves, so we're withholding judgment for the final release, which shouldn't be too far off now.

Outriders will be available for PC, PlayStation 4, PlayStation 5, Xbox One, Xbox Series X and Google Stadia. There's no word yet on cross-play functionality, but our fingers at least will be crossed in the hope to see this feature available at launch, as it clearly benefits any game of this kind.