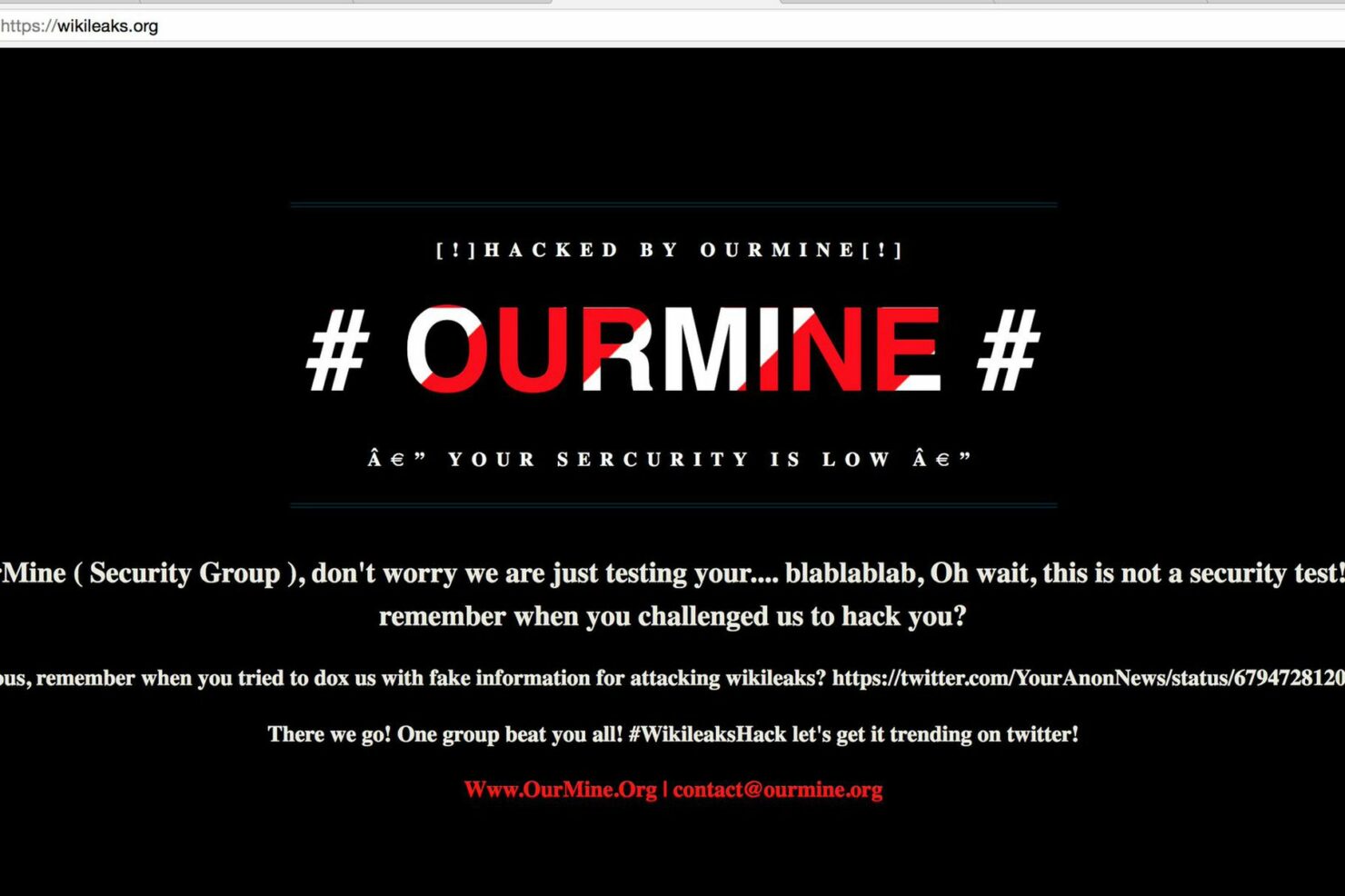 OurMine is apparently back as reports earlier on Thursday suggested that WikiLeaks may have been hacked. While it's unlikely that any data was compromised during the site takeover, its website was temporarily defaced with a message that read:

"Hi, it’s OurMine (Security Group), don’t worry we are just testing your…. blablablab, oh wait, this is not a security test! Wikileaks, remember when you challenged us to hack you?"

Following every such takeover, OurMine, a Saudi Arab-based hacking group, claims that it's only hacking sites to promote better security practices. However, in the case of WikiLeaks it was just a response to a challenge from the organization. OurMine has previously targeted several tech executives and media sites.

WikiLeaks has now taken control of its website but hasn't given any statement except for calling the original Guardian report as "fake news." As the Guardian noted, "WikiLeaks prides itself on technical competency," but the hacking group has reportedly used DNS poisoning to temporarily take over the website - nothing high-tech. "Rather than attacking WikiLeaks’ servers directly, they have convinced one or more DNS servers, which are responsible for turning the human-readable “wikileaks.org” web address into a machine-readable string of numbers that tells a computer where to connect, to alter their records," Guardian added. "For a brief period, those DNS servers told browsers that wikileaks.org was actually located on a server controlled by OurMine."

“Anonymous, remember when you tried to dox us with fake information for attacking wikileaks [sic]?” the message said. “There we go! One group beat you all! #WikileaksHack lets get it trending on twitter [sic]!”