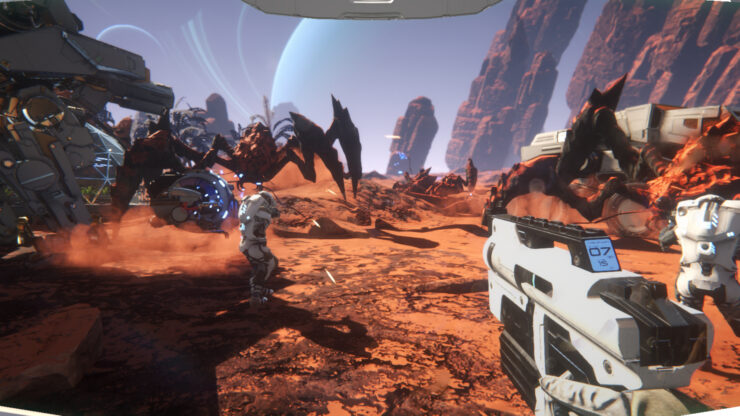 Osiris: New Dawn is a survival MMO where you and other players need to work together and build a sustainable colony on an alien planet.

The new features coming in Dawn of Aziel include:

Brian McRae, CEO and founder of Fenix Fire Entertainment, talks about the Dawn of Aziel update in a press release, released earlier today.

With this major content update, we’re taking the first step in crafting the interplanetary experience for Osiris. The huge amount of new content that we’re delivering adds advanced gameplay depth on the first planet – Proteus II – and gives our future explorers the first glimpse of what they’ll find on the frozen world of Aziel. ‘Dawn of Aziel’ is our first major update that introduces the diverse, dangerous type of worlds gamers will discover, survive, and colonize in this alien space system.

Osiris: New Dawn is out now on Steam Early Access for $19.99. To learn more about the game, check out our previous interview with Brian McRae.