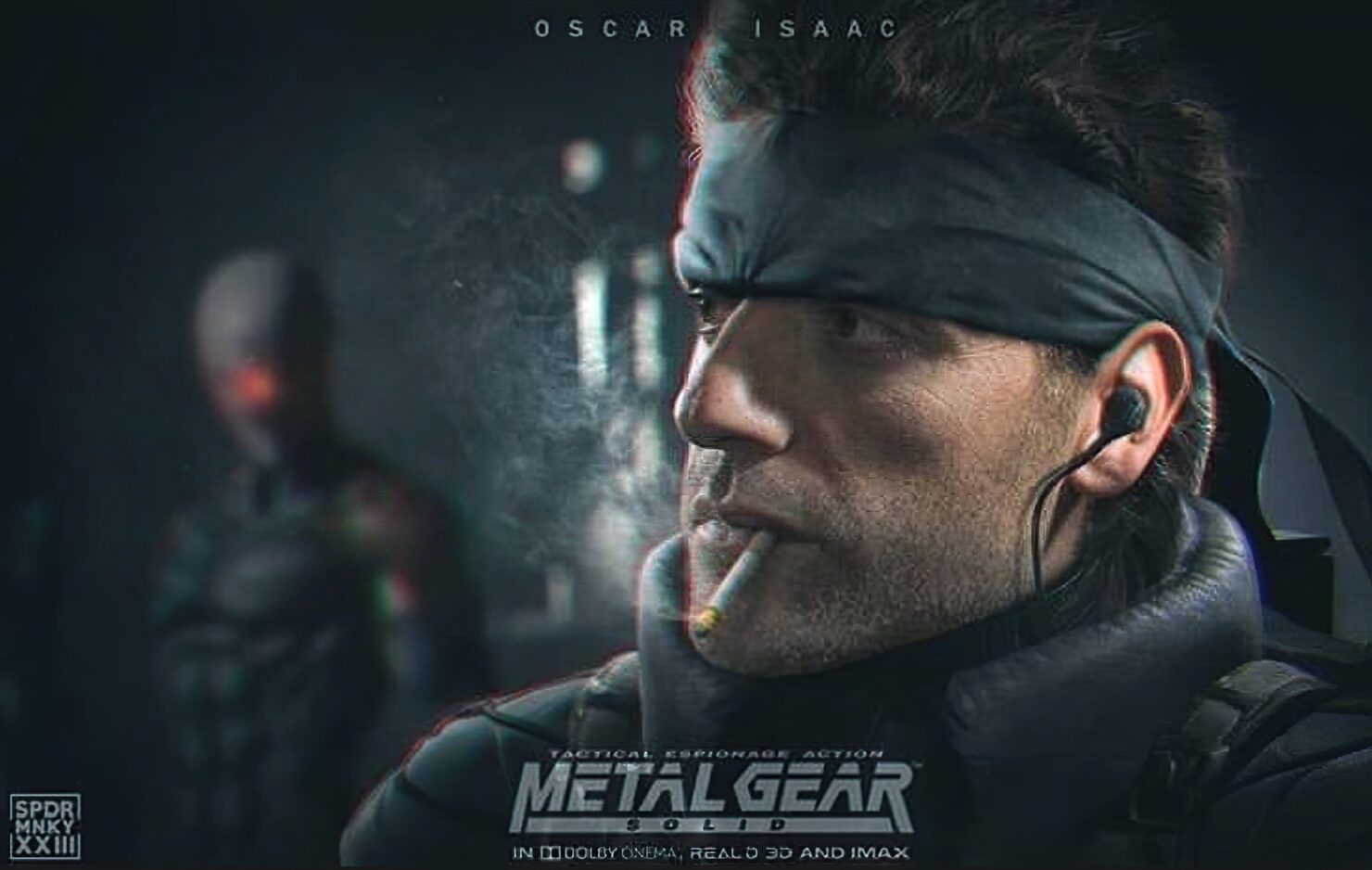 Renowned actor Oscar Isaac (Ex Machina, Star Wars, X-Men: Apocalypse, Annihilation) was first rumored to be starring in the Metal Gear Solid movie two years ago when he proclaimed he would have loved to feature in the film. That became official in December 2020, when the actor was confirmed to be playing none other than beloved protagonist Solid Snake.

Speaking to Total Film, as reported by GamesRadar, Oscar Isaac explained his fascination with Metal Gear Solid (the game).

I just loved the game. I love the feeling that the game would give me every time I’d play. It’s just a strangely isolated, mournful, lonely game to play that has these incredible moments of violence and terror, with these weird, psychedelic concepts and villains. But, yes, it’s kind of like psychedelic military horror things that happen.

And the truth is, underneath the whole thing, it’s an anti-war story. So I think those are the elements I really love. And, like I said, I love the feel of playing it, and the big question of: can something like that be transferred – or can you explore those themes in a really interesting way – on film.

Just like other video game IP adaptations (chiefly Uncharted), Metal Gear Solid went through a troubled development phase, to say the least. Series creator Hideo Kojima first announced the adaptation back in May 2006, with a release tentatively planned for 2011. That obviously didn't happen, though Kojima did unveil a new partnership during the celebrations for the 25th anniversary of Metal Gear Solid in August 2012. The deal saw brothers Ari and Avi Arad producing alongside Columbia Pictures. Later, it was revealed that Jordan Vogt-Roberts (Kong: Skull Island) would direct the movie, with Jay Basu (The Girl in the Spider's Web) and Derek Connolly (Kong: Skull Island, Jurassic World, Pokémon: Detective Pikachu) writing the screenplay.

The Metal Gear Solid movie is currently in pre-production. Beyond Oscar Isaac, though, there are no other casting details; the actor himself is now working on the Moon Knight TV series for Marvel, while Dune, where he plays Duke Leto Atreides, launches in theaters next month.