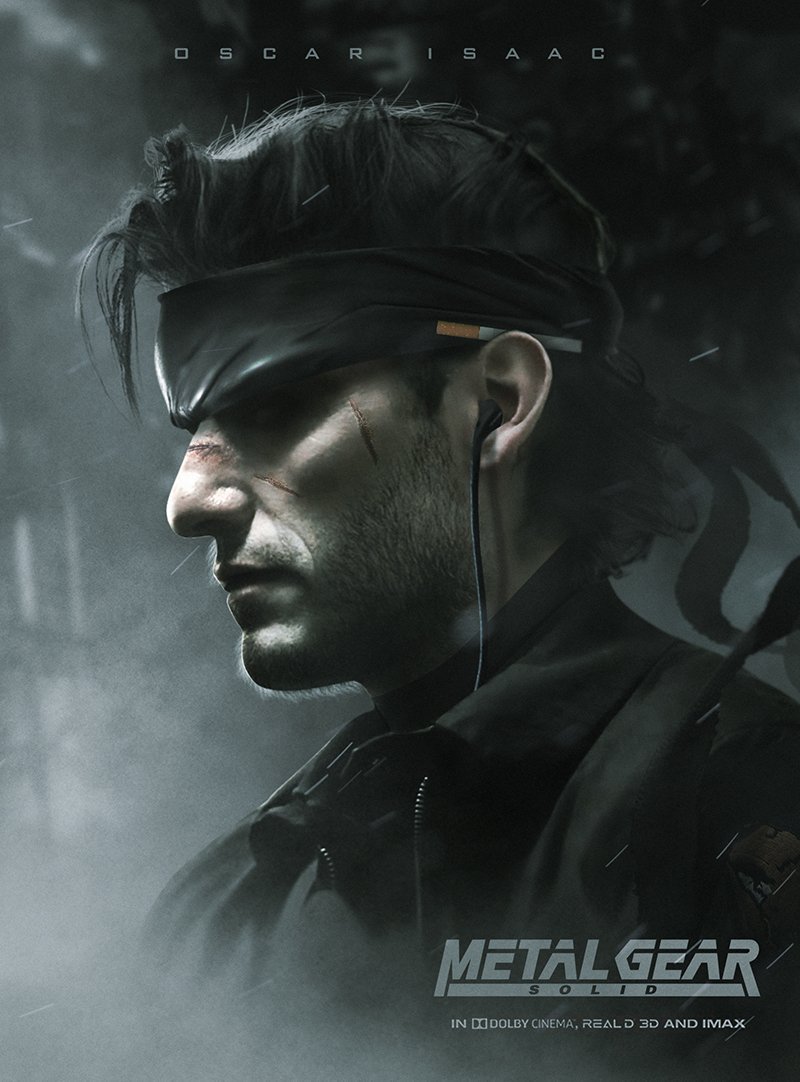 Oscar Isaac, the renown Guatemalan actor, is eager to be considered for the role of Solid Snake in the upcoming Metal Gear Solid movie. He said as much in a roundtable interview with IGN about Triple Frontier, the movie due next week on Netflix where he stars alongside high-caliber colleagues such as Ben Affleck, Charlie Hunnam and Pedro Pascal.

Metal Gear Solid, that's the one. I'm throwing my hat in for that one. With the video game thing, I think the trick will be how do you replicate the feeling of what it feels like to play a video game. I think where it goes wrong often is with the plots.

It seems like his chances are favorable. Jordan Vogt-Roberts (director of the Metal Gear Solid movie as well as Kong: Skull Island) revealed that while the casting process has yet to begin, he was the one who commissioned a mockup of Oscar Isaac as Solid Snake some time ago. He then said that the ball is now in the actor's court.

To everyone asking how I feel about Oscar Isaac saying he wants to be Solid Snake.

The full process required to cast an icon hasn’t even started, but..

Ask @Bosslogic where the idea for his brilliant mock up came from.

The ball’s in Oscar’s court. pic.twitter.com/DKM1gw0Oc2

We'll see whether he actually lands the part or not. There's no word yet on when we can expect the Metal Gear Solid movie, but last Summer director Jordan Vogt-Roberts told IGN the script had been completed and was kick-ass, at least in his opinion.

We actually just turned in the script and I think it's one of the best scripts I've ever read. It's one of the coolest, weirdest, most Kojima things. Even being involved with it, I look at it as someone who was, like, I would make the hell out of this movie. But if I wasn't involved in it, then I would still look at that script and be like holy s***!

Would you like to see Oscar Isaac as Solid Snake on the big screen?