Apple has released the third OS X 10.11.1 El Capitan beta to developers and those enrolled in the company's Beta Software Program initiative. 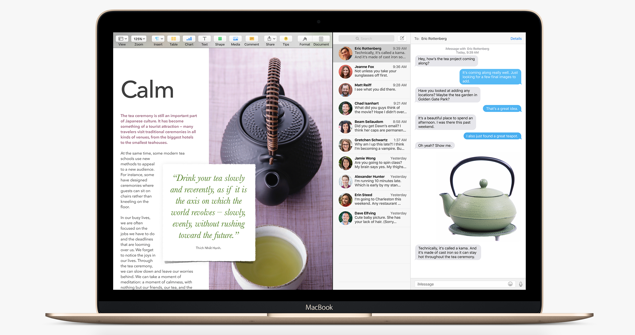 Apple is really hard at work pushing out new and updated pre-release builds of its mobile and desktop operating systems in the background. It was only just yesterday when Apple pushed out the iOS 9.1 beta 4, Public Beta 4 as well as tvOS beta 3 that powers the new 2015 Apple TV.

Today's release of OS X 10.11.1 El Capitan beta 3 and Public Beta 3 shows that Apple is indeed not resting in the background and is constantly at work to enhance its desktop experience.

In order to download the third beta of OS X 10.11.1 El Capitan right now on your Mac, provided that you're already running a prior build of it, simply launch the Mac App Store and click on the 'Updates' tab. Assuming that you're connected to WiFi, the update will pop right up waiting for your download approval. Simply hit the 'Update' button to download and install the update onto your Mac.

The update might take a while to download depending on your Internet connection's speed. But once done, the installation process will require you to restart your Mac. We highly recommend that every user should go ahead and download the update as it brings with it bug fixes and performance enhancements. The update is specifically important to those who are testing out software on Cupertino's upcoming desktop OS release, and those who are running the build on a Mac which is their daily driver.

While the developer oriented build of OS X 10.11.1 El Capitan requires you to be enrolled in the company's Developer Program, which costs $99 a year, but if you're taking the Public Beta route, then you can get started for free. You can find more download details by going to this link.

We're certain that Apple would release the final build of OS X 10.11.1 El Capitan to end users in a few weeks time. After all, we're sitting on the third beta of the software already, and given how stable it is in its current form, it would be somewhat odd if Apple keeps it in its pre-release stages for a long, long time.

What are you waiting for? Download the latest build onto your Mac straight away if you want to reap the benefits of all the bug fixes and performance enhancements Apple has packed into this release. And also be sure to let us know what you think about this release in the comments section below.