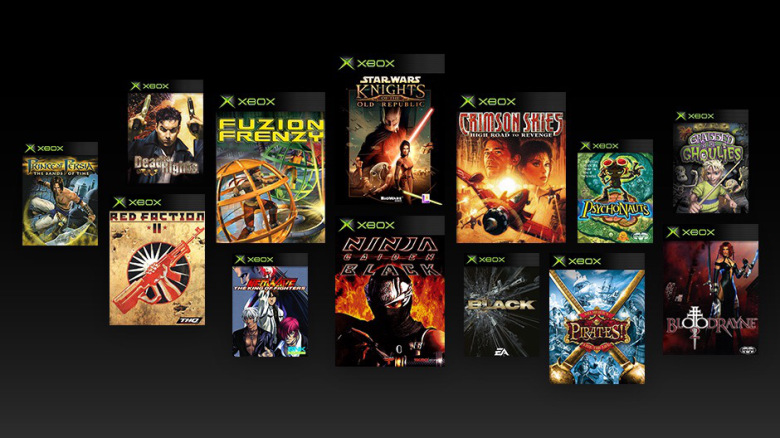 Original Xbox games will take advantage of the extra power of both the Xbox One and upcoming Xbox One X with up to 16X the pixel count.

Microsoft will be releasing 13 original Xbox games today as part of its backwards compatibility program for the Xbox One family, including Ninja Gaiden Black, Star Wars: Knights of the Old Republic, Black, and Crimson Skies: High Road to Revenge.

As covered yesterday, select Xbox 360 games will also benefit from the additional power inside the Xbox One X. Games like Halo 3, Fallout 3, Oblivion, and the original Assassin’s Creed will run at a higher resolution, 9x the original pixel count, and “expanded” color details. “The team developed the Heutchy Method (after the engineer who created it) which leverages the power of Xbox One X to let the Xbox 360 emulator present the very best version of the game possible with the existing assets—all without touching the game code”, Microsoft writes. “The same method improves the graphics for Original Xbox games on Xbox One and Xbox One S.”

The Xbox One S is available globally now, and the Xbox One X is slated for a release next month on November 7.