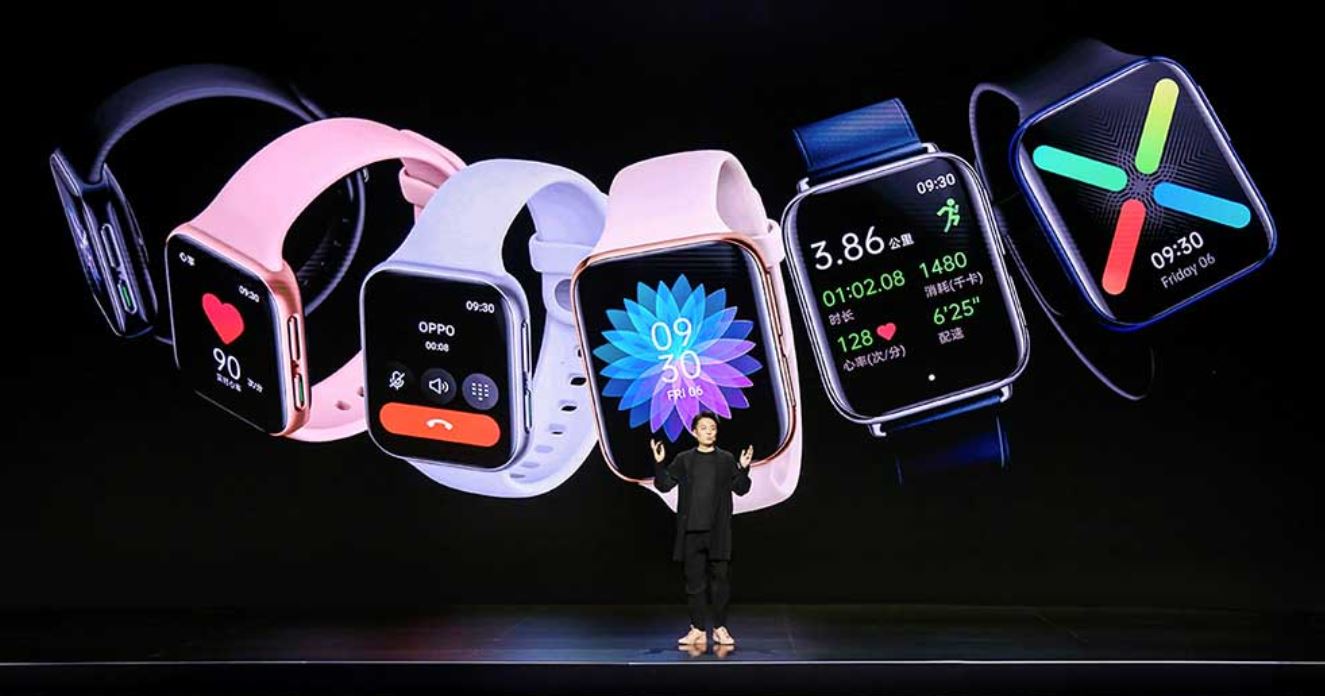 The Apple Watch has been a huge success for Apple and since it's initial launch, the wearable underwent a massive redesign that offers faster performance, a bigger display, and numerous health-related features. There's no questioning the Apple Watch is miles ahead of any other smartwatch and other brands are consistently emulating it. Now, Oppo unveiled its first smartwatch called the OPPO Watch that more or looks like Apple's wearable.

OPPO Watch Looks Like the Apple Watch, But Can it Give it a Hard Time?

OPPO is looking to break into the smartwatch industry with its recently announced OPPO Watch. It was unveiled at an event in China today and the company touts its 'signature design', health features, a curved display, cellular capabilities and more. It will be available to all users in mainland China by the end of March.

As mentioned earlier, the OPPO Watch features a similar design to the Apple Watch. The square Hyperboloid screen is a 46mm or 1.91-inch AMOLED panel with a pixel density of 326 PPI. The curved glass on the front, as well as the aluminum frame, are all design cues from Apple's smartwatch. The 4.5mm aluminum frame holds the 3D curved glass crystal in place. On the rear, the OPPO Watch uses an integrated 3D ceramic component with sensors for maximum skin contact. 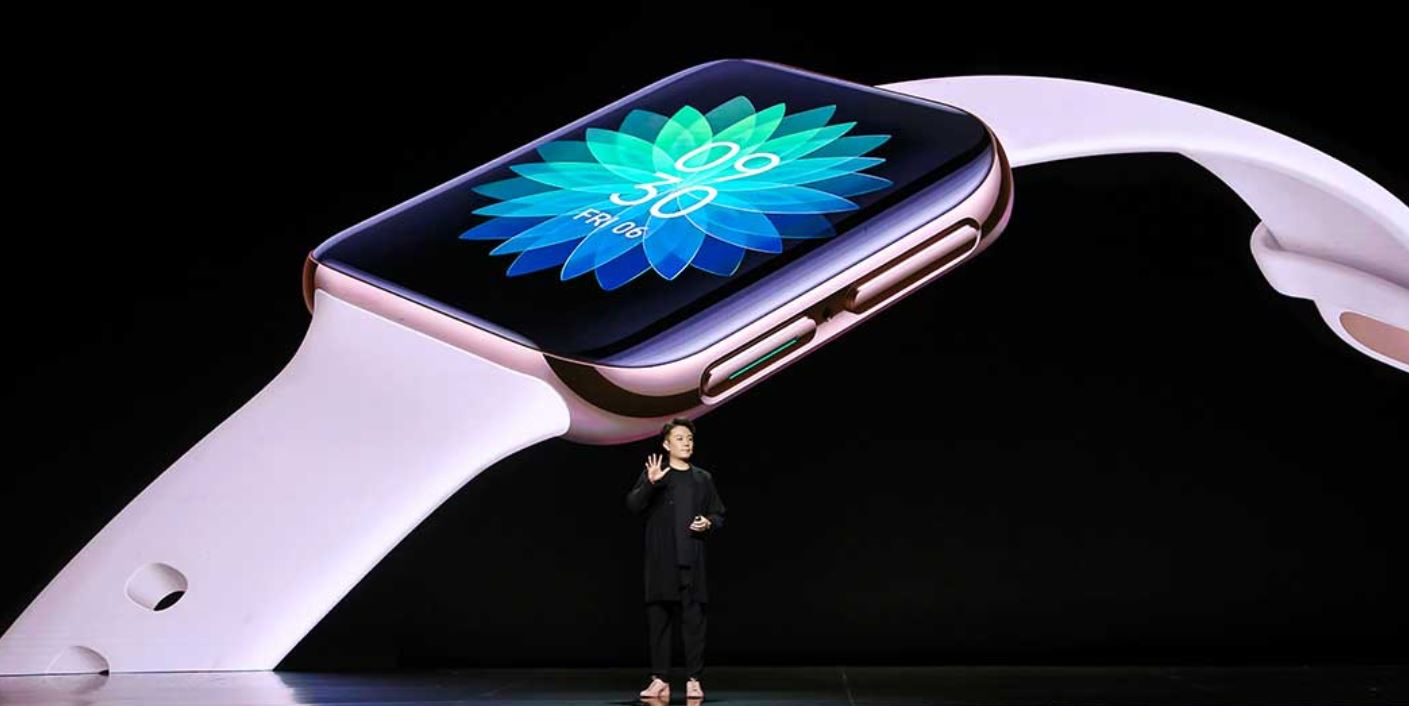 Other than this, each watch comes with either an Italian calfskin or fluoro rubber band, which are available in a wide range of colors. The band can be easily put on and removed by the push of a single button. Furthermore, it boasts Dual-Chip Endurance System that makes a switch between the Snapdragon and Apollo chip depending on the power usage mode. In Smart Mode, the OPPO Watch features a 40-hour use time, according to the company. The VOOC Flash Charging ensures faster-charging speeds where 15 minutes of charging will get you 46 percent of battery and 75 minutes for a full charge. 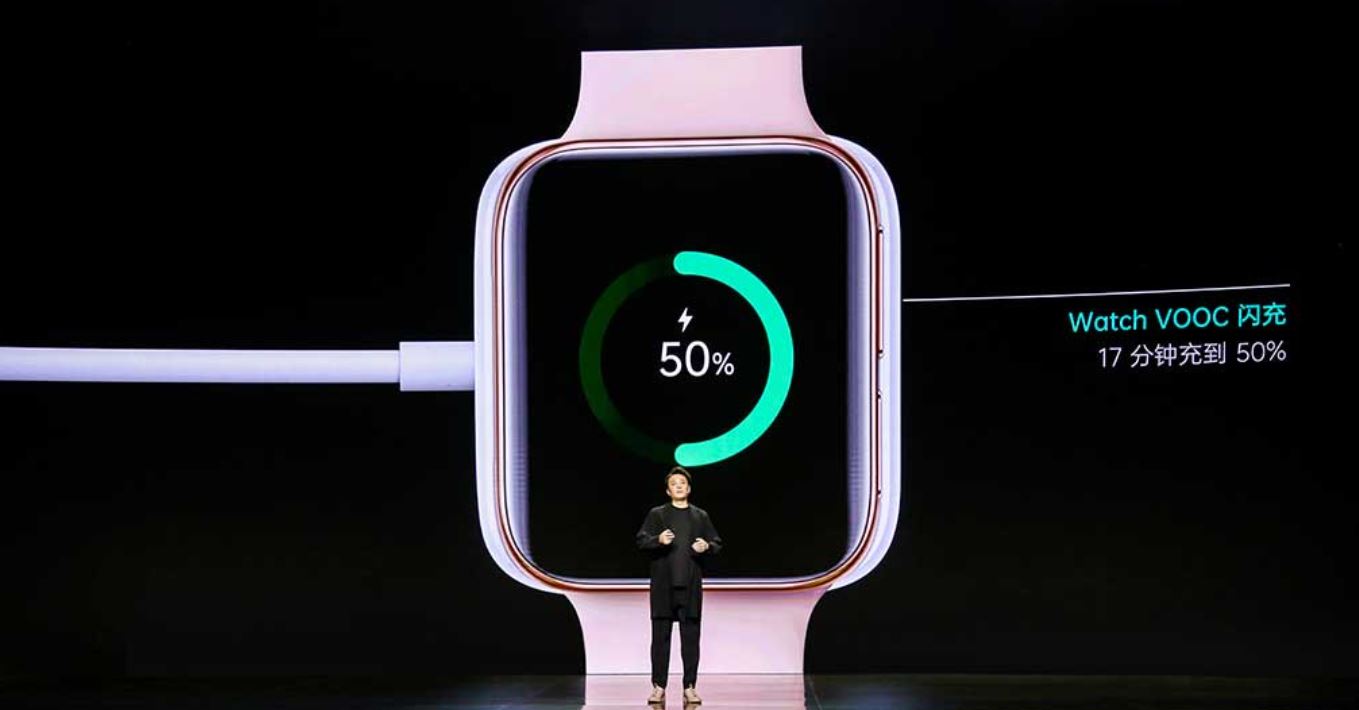 As for the list of features, the OPPO Watch does boast similar functionality to the Apple Watch. You can expect notifications, making or receiving phone calls, text messages, music, and even an App Store. However, the OPPO Watch does include Sleep Tracking - something the Apple Watch doesn't feature as of now. However, you can download Sleep Tracking apps from the App Store on your Apple Watch. Other than this, OPPO's wearable also offers water resistance with up to 50 meters and numerous workout modes. 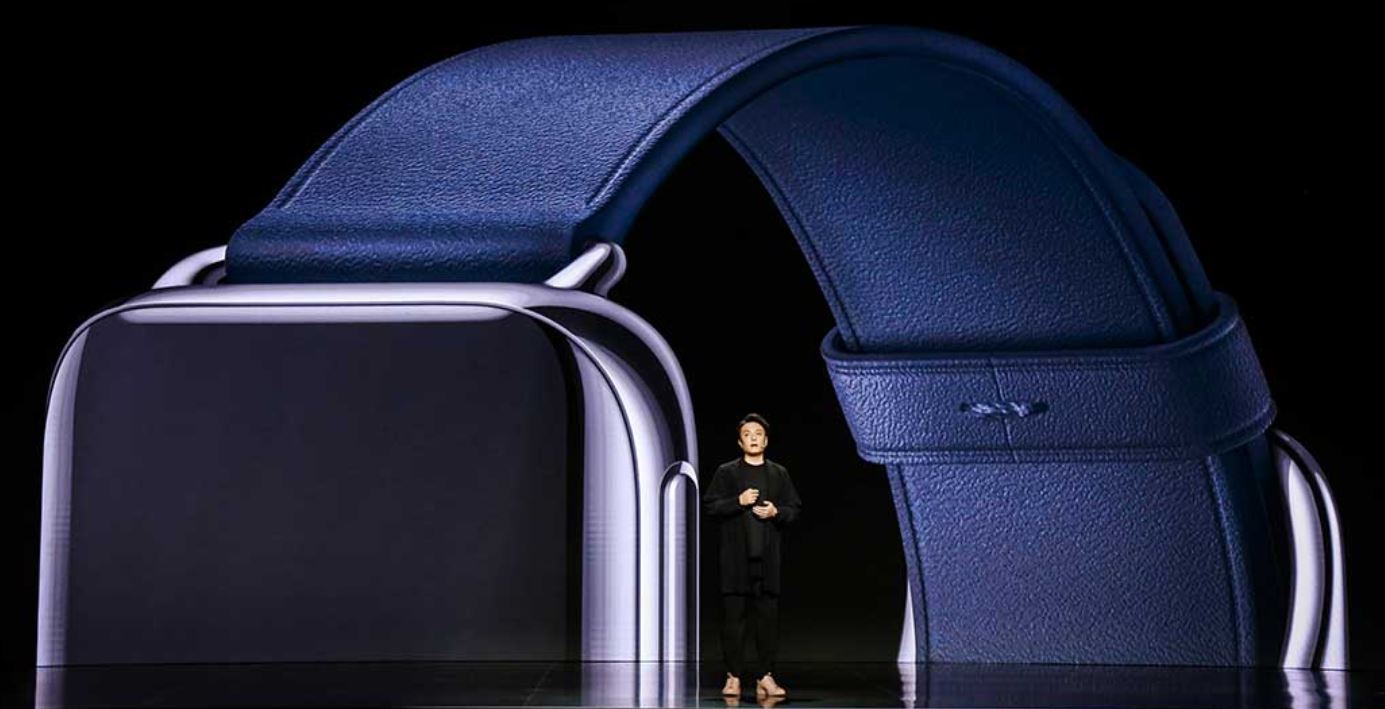 The OPPO Watch will be available internationally and it is said to be releasing in mainland China on March 24. There will be more details on OPPO's smartwatch so be sure to stick around. What are your views on the wearable? Do you think the Apple Watch finally has an equivalent alternative? Let us know in the comments.