OnePlus One Seemingly Caught Fire in the Middle of the Night; Company Responds That It’s Investigating the Matter 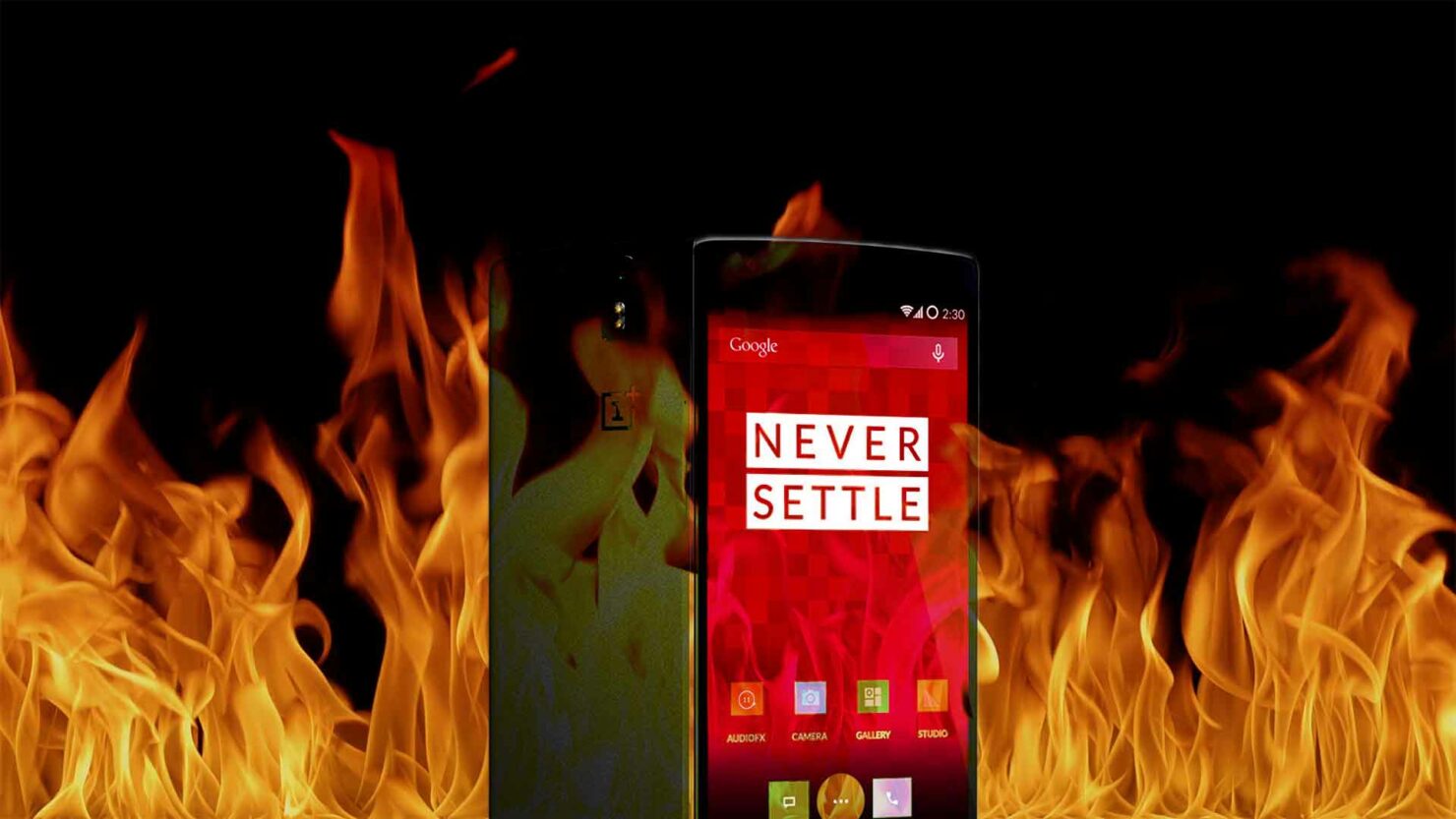 Smartphones exploding, catching fire, and causing damage in a given proximity are incidents that we don’t really hear about in droves, but it also doesn’t give cause to manufacturers to simply ignore them. This time, it is the OnePlus One, whose battery reportedly caught fire during the middle of the night. OnePlus has caught wind of the problem and says that its team will be investigating.

According to Twitter user Chaiti Narula, she reported that her acquaintance, Rahul Himalian, woke up during the middle of the night ‘suffocating and nauseating’ fumes at around 3:15 AM. The details state that the OnePlus One was apparently switched off, and wasn’t also charging at the time of the incident. Devices that are normally charging during the middle of the night have a higher probability of catching fire and exploding. 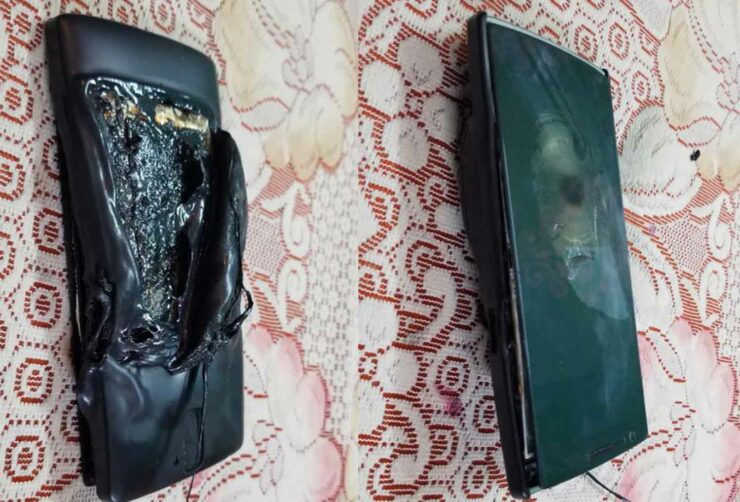 After the owner might have been hysterically woken up, Himalian says that he poured water on the device and in doing so, he believes that he prevented some degree of catastrophic damage. An image of the completely damaged OnePlus One has been given above, along with an email to the company explaining what exactly transpired. Himalian maintains that the air conditioner was powered on at the time of the incident, which we believe would have kept the internal temperature of the smartphone in check. 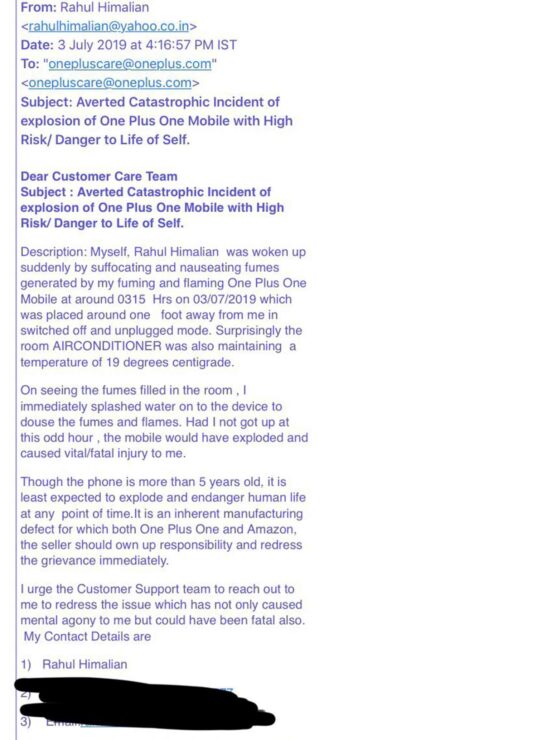 What the owner failed to point out was the kind of accessories and charging habits he practiced while the OnePlus One was still functional. Though he claims that he’s had this device for more than five years, he didn’t add more details concerning the kind of charging accessories he used during this time. We always advise our readers never to use non-certified third-party accessories to juice up the smartphone’s battery as it may lead to such incidents.

Someone I know just got saved from fatality. @OnePlus_IN @oneplus how do you explain your phone exploding out of the blue???! Kids use your phone as it’s attractively priced. Where is the responsibility to fix this? pic.twitter.com/CRgmF6RTBB

In this case, the gentleman’s OnePlus One may have been resilient in this regard, but that does not mean other devices will comply for this long. We are confident that the company will be pursuing this investigation in whatever capacity it can, and we won’t be surprised if they start to question his charging habits or the kind of accessories he’s used while the smartphone was in his ownership for more than five years.