[UPDATE] Just a few hours after the original story that was posted, Steve H.McFly/SlashLeaks went ahead and leaked the renders for both the OnePlus Nord N10 and OnePlus Nord N100. Both follow somewhat similar design language with the N10 looking more premium. You can look at these below.

[ORIGINAL STORY] So far there has been an awful lot of information from different sources that confirm that OnePlus is planning on launching two additional Nord devices this year, but this time around, they will not only be cheaper, but also will have wider availability. These devices will bridge the gap between the higher end series, and the mid range OnePlus Nord that released earlier this year.

However, OnePlus has quietly gone ahead and confirmed the existence of these devices on their own website.

At the time of writing, if you head over to the OnePlus website and click on the Nord series, you see both the N10 5G and N100 listed there. However, the original Nord is not. This could indicate that both devices are indeed coming to the U.S. At the moment, clicking on either of the devices return with nothing as you get a "This page is coming soon" message. Which indicates that OnePlus is gearing to release these devices soon. I am not sure if OnePlus would remove the listing, so I grabbed a screenshot from the website. 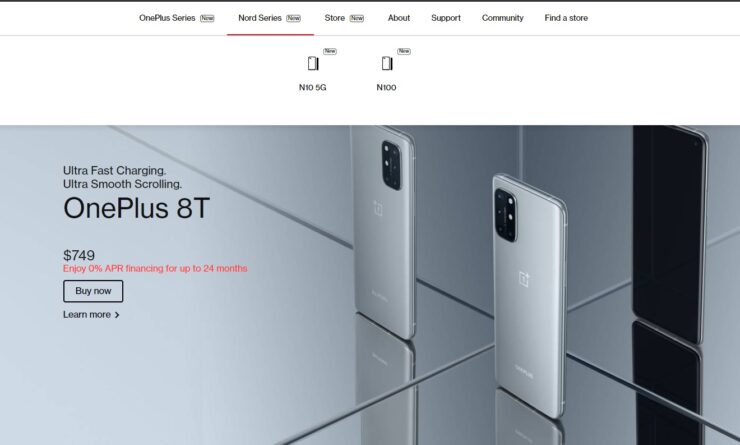 Now obviously, this is not the first time we have seen a company do this. This sort of behaviour is pretty common and happens prior to official announcements. Apple website goes down prior to the iPhone launches as well as other launches. So, it is safe to say that we have a conifmration that these devices exist.

As far as the specs are concerned, the OnePlus Nord N10 5G is supposed to bring a SNapdragon 690, 6 gigs of RAM, 128 gigs of storage, and a 6.5" display with FHD+ resolution, and 90Hz refresh rate. The device is said to have a quad-camera setup, and will retail for $400.

Both of these devices are rumoured to go official this month, so let's see if OnePlus launches them any time soon or not.