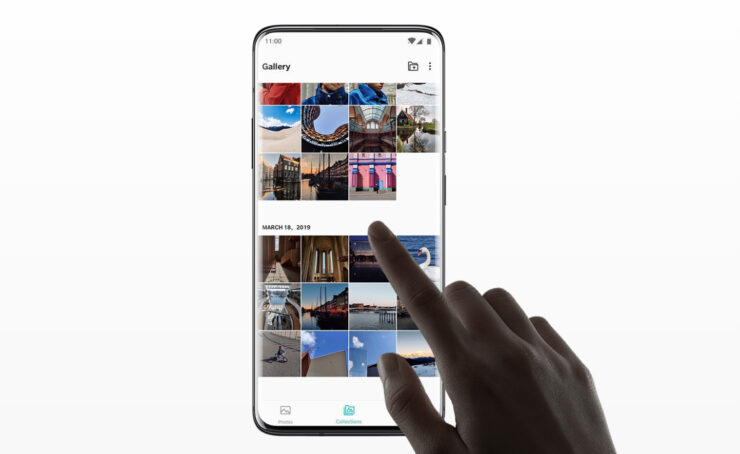 One of the standout features of the Google Pixel 4 is its 90Hz screen. However, the search giant has admitted that depending on the situation, the screen might automatically be reset to 60Hz. OnePlus also incorporates a 90Hz refresh rate display on its devices and the Chinese OEM decided to poke fun at Google in the form of a tweet, which it later deleted.

OnePlus’ Devices Run 90Hz Refresh Rate All the Time, Irrespective of the Brightness Level, but Changes to 60Hz in Given Situations

Google says that the display on the Pixel 4 is adjusted to 60Hz when high refresh rates are not deemed critical. For instance, when the battery saver mode is enabled and the screen brightness is low, the refresh rate is dropped from 90Hz to 60Hz. To have a little fun at the expense of Google, OnePlus sent out a tweet in which it said that no matter what the brightness level is, the refresh rate remains at 90Hz on its phones that support the technology.

The tweet was later taken down. It could be that the Chinese manufacturer realized that this was kind of a low blow. Or, it was maybe reminded of the fact that it has done something similar with the OnePlus 7 Pro, OnePlus 7T, and OnePlus 7T Pro. OnePlus itself had previously said that having the display running at 90Hz all the time isn’t recommended as that will deplete the battery faster. The company’s phones also adapt the refresh rates according to what’s being displayed. So, for instance, if you are looking at static content, the phone will run at 60Hz. Also, when you’re viewing content where a higher refresh rate will be more suitable, it will be raised to 90Hz. 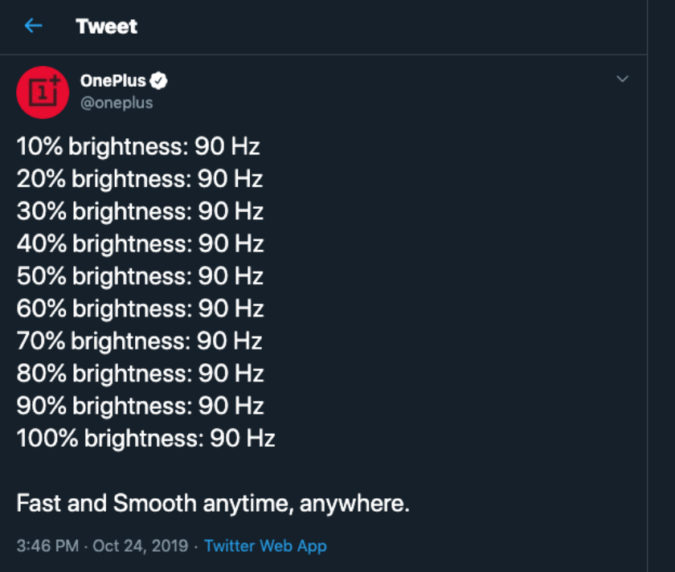 Whether it’s the Pixel 4 or the OnePlus 7T, you can always force the phone to run at 90Hz at all times. However, neither of the vendors seems fond of that approach. On Pixel 4, you will have to enter the developer mode, and that’s not a place many people want to go to. Google says it's currently working on this issue, which means you will probably see this as an option in the regular settings of the phone in the near future.

What do you think about OnePlus’ now-deleted tweet? Let us know by commenting below.