OnePlus 9 Sports a Familiar Design in These Leaked Renders

For those wondering, Samsung is not the only company that is launching its flagships earlier than usual. OnePlus is also the one that is looking to follow in the same footsteps and for all the right reasons. Android smartphone market as a whole is going through a shift, and with Huawei not being the major player for next year, there is a massive chunk of pie that is just waiting to be reclaimed. We have heard rumors about how the OnePlus 9 might launch earlier than usual, and today, we have our first look at how the device looks, well, at least if the CAD render is anything to go by.

Now the leaked renders that we have our hands on are courtesy of 91Mobiles, and they have provided us with some concrete leaks in the past, so it certainly comes with some credibility. However, the device does not reveal a lot to begin with. After all, we are only talking about CAD renders, and the final device might look a bit different to begin with. Still, what we have is more than enough to use as a base. Still, you can look at the render below. 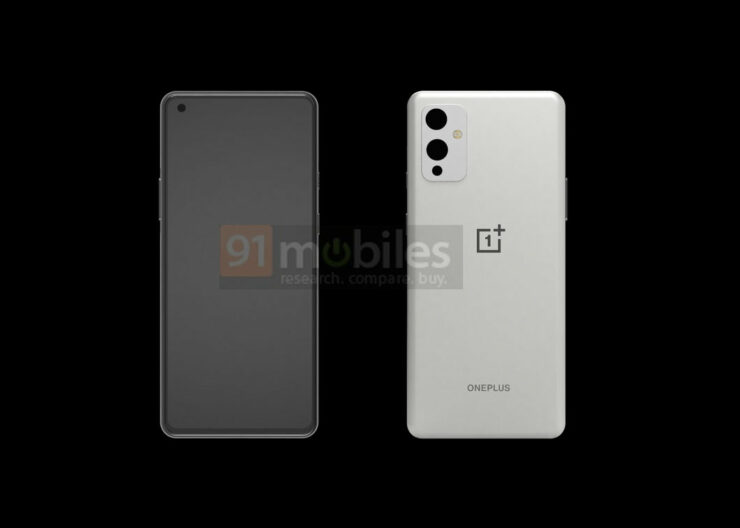 The render itself does not reveal a lot about the device, aside from shedding light on some key design elements. The phone looks a lot like the recently released OnePlus 8T, and I honestly cannot complain about it because phone designs have reached a point where you rarely see anything different or groundbreaking.

As far as the rumored specs are concerned, we are looking at a Snapdragon 875, a 120Hz refresh rate display, a 5,000 mAh battery coupled with the WarpCharge 65, and more. However, at the time of writing, the OnePlus 9 is anything but confirmed, as a single render showing the phone from the front and the back does not really prove a lot.

Still, as an ardent fan of what OnePlus has in store for us every year, I really am looking forward to what the OnePlus 9 is going to bring to the table.