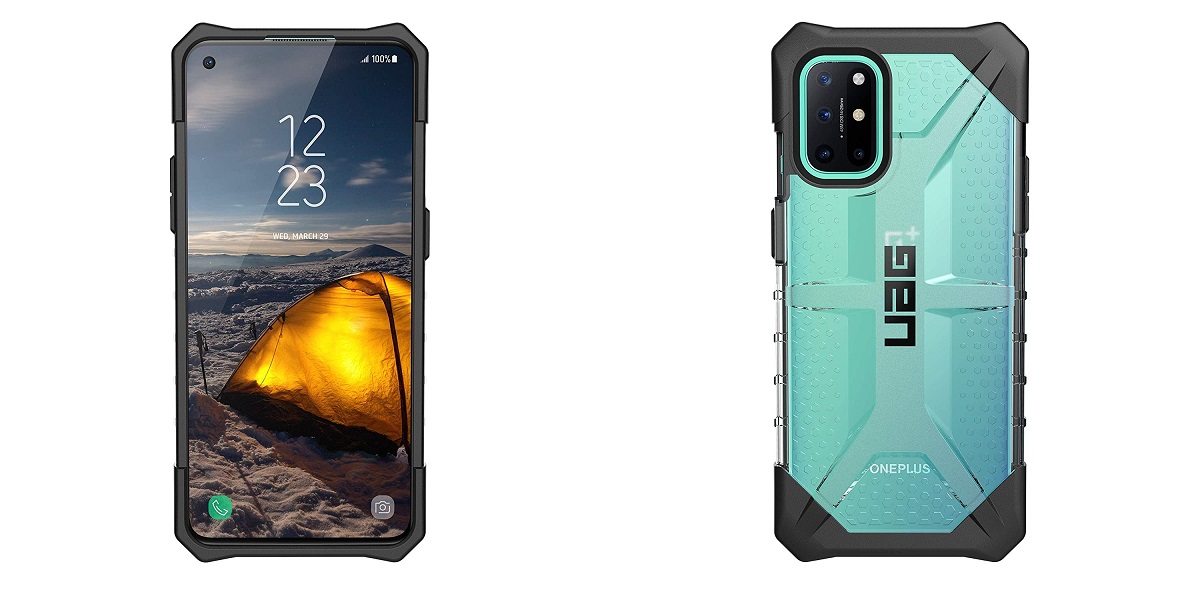 [UPDATE] Shortly after the listing went life, OnePlus' YouTube channel gone ahead and uploaded a full video, showing the OnePlus 8T from every corner and angle. You can look at the video below. This is your first official look at the phone and confirms every design element we have been expecting.

[ORIGINAL STORY] OnePlus 8T is going official in less than a week on 14th October, and although we are aware of what the device is going to look like thanks to a slew of leaked renders and specs over the past couple of months, today we have the most concrete leak that confirms all the key design elements as well as how the phone is going to look.

The leak is coming from a listing on Amazon India by UAG (Urban Armour Gear) a famous case manufacturer, who listed their Plasma case on the website. This is not the first time a leak like this has happened. Case manufacturers tend to get their hands on the device diagrams or sometimes, even the devices so they can make their cases accordingly and launch them alongside the devices.

OnePlus 8T Looks Like a Galaxy S20 Plus in Green Colour

The design remains the same as it was in the leaked renders about three weeks ago, so we are fully aware of how the device is going to look like. Still, if you need a refresher, I have added all the images taken from the Amazon listing below, so you can see for yourself.

Now, the first look at the phone and you will realise how much it resembles the Galaxy S20 Plus that released earlier this year. Honestly, I was expecting a more drastic change from OnePlus as far as the design is concerned, but for now, we just have to deal with that.

However, the one thing that interesting that is in these renders is that they talk about how the device supports wireless charging. That is not the case, because OnePlus 8T will not bring any support for wireless charging. This is not a rumour, as it has been confirmed by OnePlus. Instead of adding wireless charging, the company has added 65-watt fast wired charging, so you will be able to top up your phone with ease.

I have already talked about how the Galaxy S20 FE makes a better device in general as compared to the Pixel 5. So, I am looking forward to the OnePlus 8T and see how it will stack against the Pixel 5 and the Galaxy S20 Fan Edition.