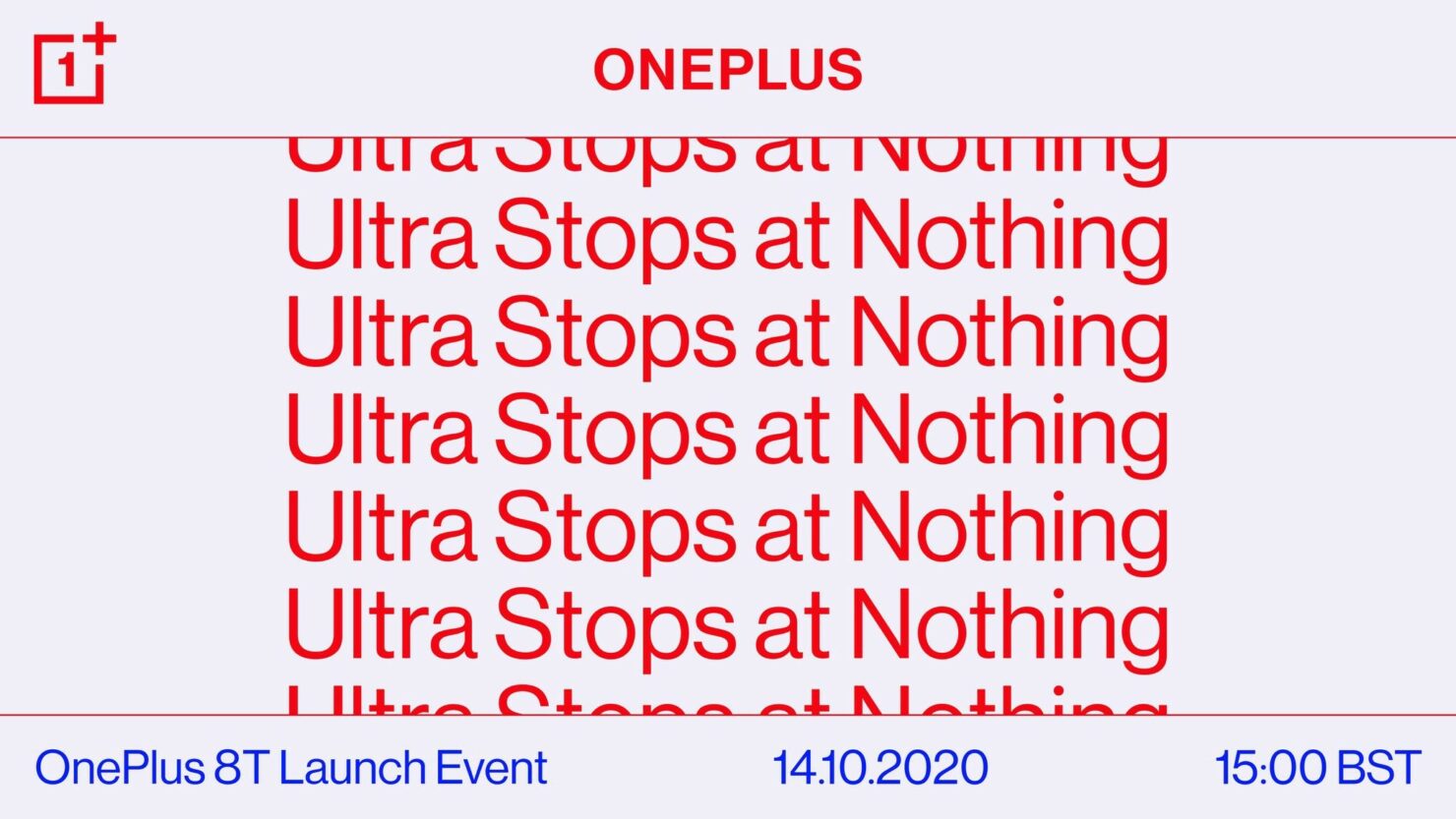 We have been hearing rumours about the OnePlus 8T for some time now. Everything ranging from the leaked renders as well as specifications but so far, we didn't hear anything about just when the device is going to release. Well, that changes today as OnePlus has decided to take it to Twitter and announce the release date, and yes, it does corroborate with the previously leaked information we had on the release date.

OnePlus 8T Will be Announced on October 14th, Release Date Confirmed by OnePlus

OnePlus is currently tweeting under the #UltraStopsAtNothing hashtag on Twitter and shared a small commercial, as well. The launch event for the OnePlus 8T is taking place on 14th October, and we suspect that only the OnePlus 8T will be launching and there will not be any 8T Pro, but that is yet to be seen. You can see the commercial that OnePlus posted on their Twitter below.

This time round, #UltraStopsAtNothing. Are you ready for the #OnePlus8T?

Now, as far as the actual device is concerned, our previous leak reports that the OnePlus 8T is going to ship with a Snapdragon 865, a 120Hz refresh rate, a 48-megapixel main sensor, and will be running on the Android 11 based OxygenOS. We have seen the renders as well, and they show that the device bears a lot of resemblance to the Galaxy S20 series of devices.

As far as the launch even is concerned, it should not come as a surprise as OnePlus normally has a history of launching their T devices sometime in September, so we are only seeing a month's delay but we are sure it is going to be worth it.

The original OnePlus 8 and OnePlus 8 Pro already capable devices, so seeing a better OnePlus in the form of 8T is not something that is going to be bad. As far as the pricing is concerned, we don't have any word on it, but based on the history of OnePlus devices, it is not going to be cheap.