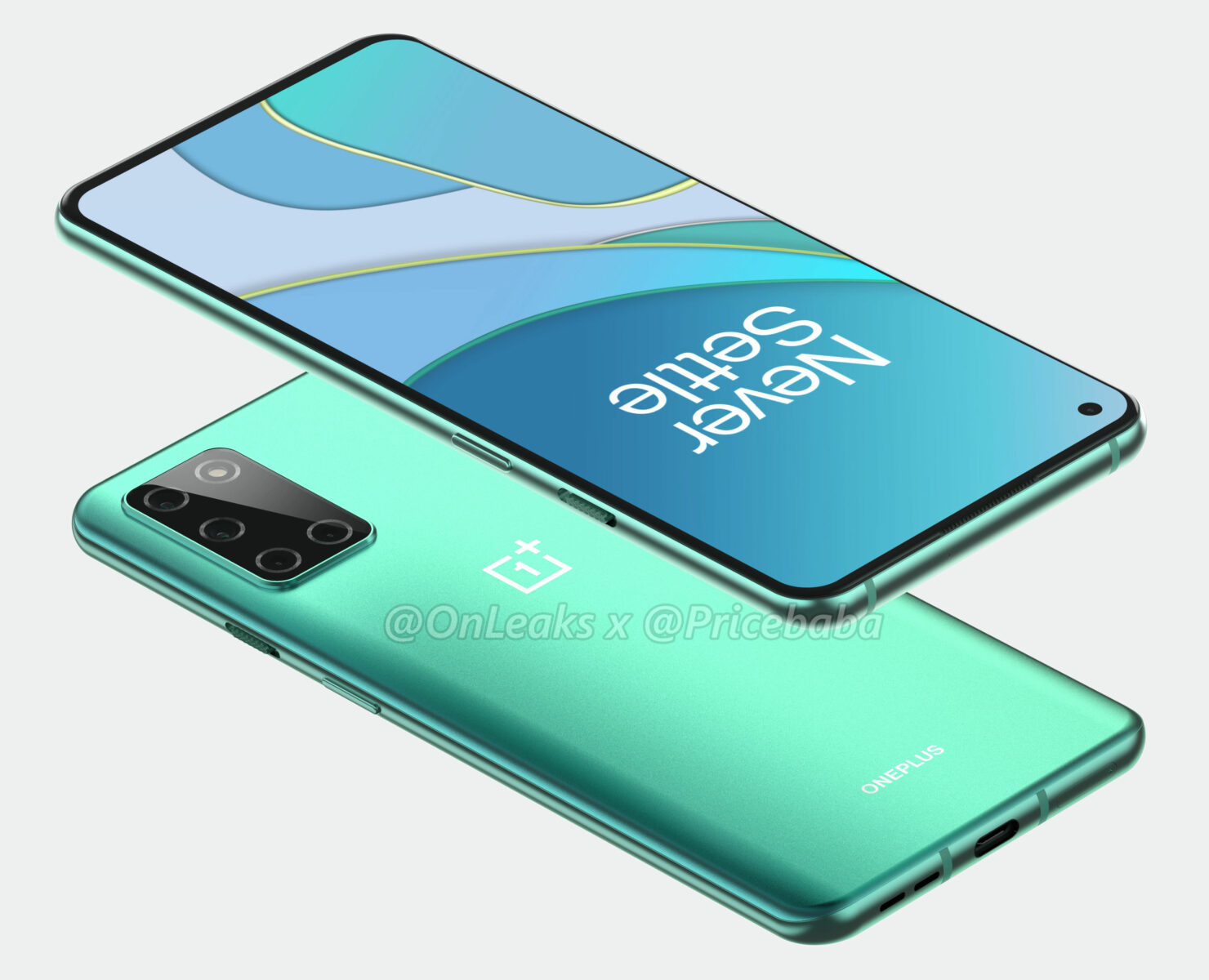 There is no denying that we are all aware of the existence of the OnePlus 8T. OnePlus has been continuing this trend since the OnePlus 3T came out and the concept of releasing an improved version is not that terrible, at all. As a matter of fact, while the OnePlus 8 and 8 Pro were fantastic cameras, we would still believe that they were limited to some extent, but the OnePlus 8T should take care of it.

The OnePlus 8T did leak a week ago and we heard some information on what the device is going to be. Well, today, the phone has leaked again in a render, and it looks a lot similar to what we have seen before.

Now the leak is coming as a courtesy of Pricebaba and OnLeaks, and the renders showcase that the phone looks a lot like the Galaxy S20 Plus. As a matter of fact, if it weren't for the off-set hole-punch camera, I'd have taken it for the Galaxy S20 Plus, in the first place. Don't believe me? See for yourself.

As far as the specs are concerned, the OnePlus 8T should have a 6.55-inch AMOLED display that will offer an FHD+ resolution, as well as 120Hz refresh rate. This is definitely an upgrade over the original as it only had 90Hz screen. The display is flat, and honestly, we don't mind that at all. The tip also suggests that the phone is going to bring a Snapdragon 865 processor, or the Snapdragon 865+. You are also getting two configurations; either an 8/128GB or 12/256GB.

The back of the phone shows a very familiar design choice that we have seen in phones from Samsung and Oppo, along with other manufacturers. The tip suggests that the OnePlus 8T is going to bring a 48-megapixel primary camera, a 16-megapixel ultra-wide, and a 5-megapixel macro lens along with a 2-megapixel sensor for portraits. The front camera is most likely going to be a 32-megapixel sensor.

The OnePlus 8T will also have a battery of 4,500 mAh, and will have 65W Warp Charge. The phone is going to run on Android 11 based OxygenOS 11 right out of the box. There's no word on pricing and availability at the time of writing but we will update you once more news start coming forward.