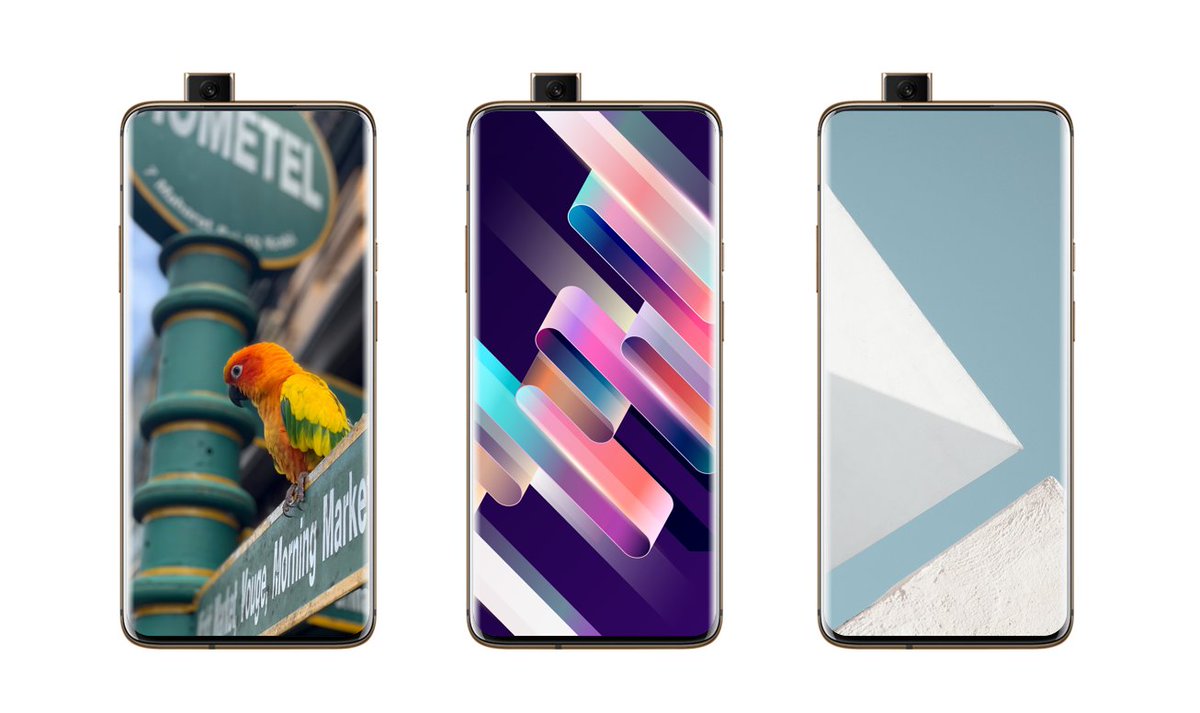 We've got exactly one week left before the OnePlus 7 Pro is official. The smartphone is a regular subject of information from both official and unofficial sources. Courtesy of this, we've got a good idea of what to expect from the gadget. Not only will the OnePlus 7 Pro run on Qualcomm's Snapdragon 855, but the device will also have impressive features such a UFS 3.0 storage. Now, we've got more renders of the smartphone, so take a look below for a sneak peek on the upcoming device.

Leaks so far suggest that the OnePlus 7 Pro is decently designed. The big new design upgrade on the smartphone will be a display with curved edges, like the one found on Samsung's Galaxy S smartphones. This, when combined with a sleek form factor and rounded corners will give the OnePlus 7 Pro a premium look and feel that's the target of every flagship smartphone manufacturer.

The upcoming smartphone will also feature a pop-up front camera sensor. This is a necessary feature, as it will ensure a bezel-free display for the OnePlus 7 Pro. We've seen the appendage in several leaks so far, and it's back today in fresh renders from the notorious Ice_Universe. Ice's renders are some of the best ones we've seen for the OnePlus 7 Pro so far. It's a conclusion that bears merit as there's no dearth of leaks (visual and otherwise) for the smartphone.

Taking a look at the renders above, we can observe that the OnePlus 7 Pro will have remarkably thin bezels and a curved display. The device's pop-up camera sensor will be placed at its top left, and all these features together will lend it a well-deserved sleek look that's well-deserved. The OnePlus 7 Pro will mark a pivotal moment in the company's history. By launching the device, OnePlus will have announced to the world that it's now a part of the mainstream smartphone manufacturers, instead of being an outlier.

The OnePlus 7 Pro will be official on the 14th of this month. The gadget will feature Qualcomm's Snapdragon 855, at least 8GB of RAM, a triple rear camera setup, UFS 3.0 storage and a potential HDR10+ capable display. All these specifications should set you back by at least $650. Thoughts? Let us know what you think in the comments section below and stay tuned. We'll keep you updated on the latest.