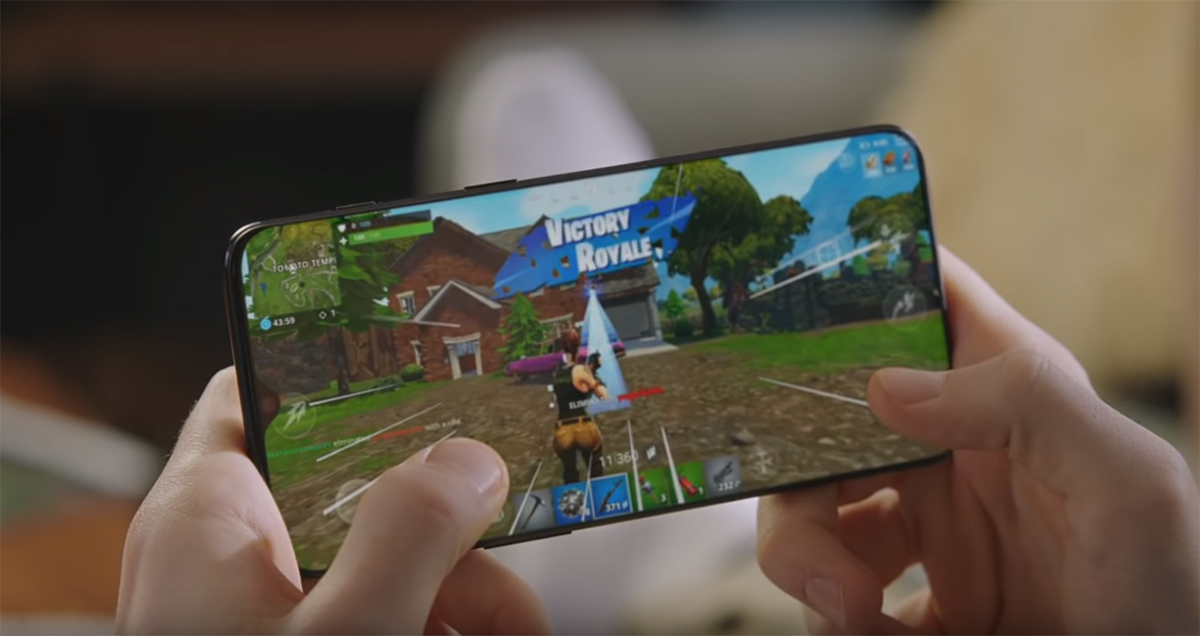 OnePlus earlier said that its 5G-ready handset would arrive before the end of May 2019. This can mean we should expect the arrival of OnePlus 7 around the same time. As it just so happens, an alleged live image of the OnePlus 7 has come forth, revealing the design from the front. A lot of things are different in the image you’re about to see, so let us dot the details and get started immediately.

Slashleaks has shared an image that claims to show the OnePlus 7. From what we can tell, the smartphone is placed upside down, but the wallpaper’s orientation seems to be adaptive to how the person views the phone. The reason we say it’s placed upside down is that the physical buttons on the side of the phone can be seen at the bottom left corner. If you take a look at the OnePlus 6T, its physical buttons are on the top.

Surprisingly, there’s no presence of a notch; the standard and teardrop variants are both absent in this image. What we can notice is that the top bezel, which can be seen below as the device is placed upside down, is uniform with the side bezels. It’s the chin bezel that’s slightly thicker than the remaining three sides, which is a design approach nearly all Android smartphone OEMs have followed since last year. 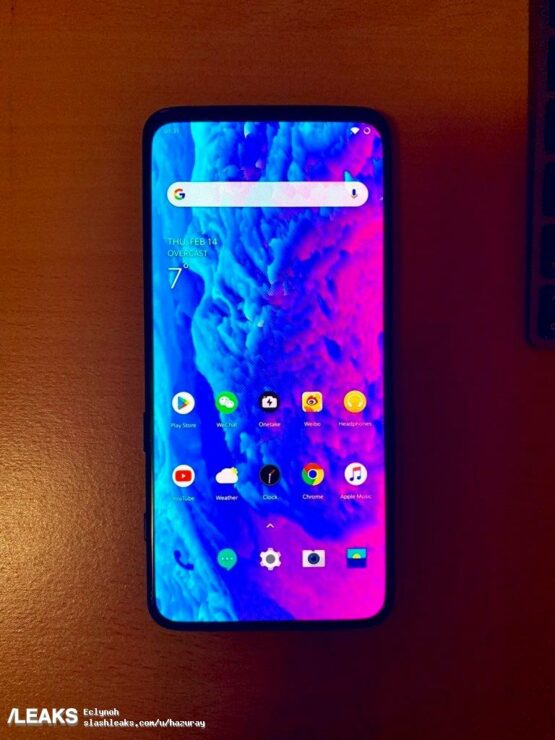 While we don’t know what the back of the phone looks like, an earlier leak revealed a camera hump on the rear side and detailed that it was upcoming OnePlus prototype. It wasn’t confirmed if the device in question was the OnePlus 7 or the 5G-ready model, so we cannot confirm if the same design will be used for the smartphone in the image.

OnePlus will reveal its 5G prototype during the MWC 2019 trade show, and it will start this week, so hopefully, we’ll get to know the company’s progress there. As for the OnePlus 7 live image leak, we recommend treating it with a pinch of salt for now until more concrete evidence materializes in the future.