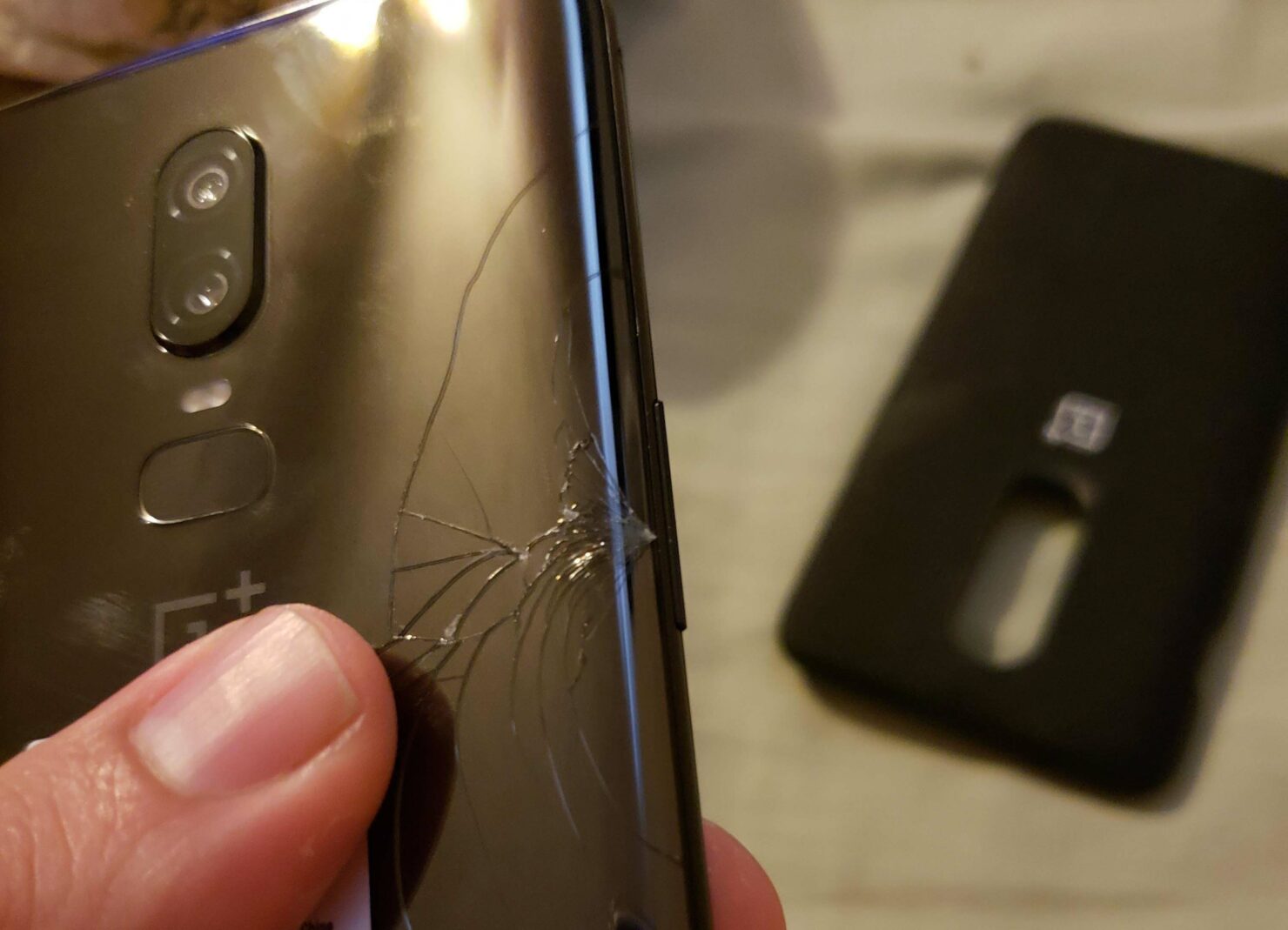 OnePlus 6 might be back on the hype train, but it is not because it has introduced a brand new color model in the U.S.; it is for the wrong reasons. It has now been reported that the rear glass near the device’s volume buttons shatters easily without any provocation.

Some Reddit users have reported that the elegant design of the OnePlus 6 is vulnerable to cracking. The issue first came to light when a user reported a picture of shattered rear glass on the OnePlus subreddit. The user stated that the glass cracked by itself. Another user posted a picture of his OnePlus 6 which displayed another crack on the same spot. According to the smartphone user, the glass did not crack as a result of an accident; it too shattered without any provocation.

Another user goes onto complain that his phone dropped on a soft surface and the nylon case that came with the phone wasn’t enough to prevent the back from cracking. These concerns were also voiced by yet another user who said that the phone has never ever been dropped and always kept it in the wooden case that he purchased with the device.

It is hard to say at this point what’s causing the glass to crack. Some users think that maybe they received devices from a failed batch while others believe it is a design flaw. A million units of the OnePlus 6 were sold in a very short period of time and although some minor issues have been reported, there have been no reports of serious cases like these.

The back of the OnePlus 6 comprises up of glass and while we could be wrong, perhaps the heating up of the components, particularly the Snapdragon 845 SoC might cause the rear side to expand, revealing cracks in that particular location. However, one of these cracks can be seen originating from the corner of the smartphone, and that is certainly not where the SoC is present.

The conclusion that Reddit users have jumped forth to is that they believe that it could be a design flaw, while others have pointed out that the glass could have cracked because of the carelessness on the part of users. For instance, one Reddit user said that sitting down while the phone is in the back pocket could also cause the glass to crack. At the end of the day, you have to be extremely with devices with glass at both ends.

Apple charges $549 to replace the glass back on the iPhone X so if that is not overkilled charging just to replace the backside of the smartphone, we believe that it should provide encouragement to users to exercise additional safely when handling their devices.

At the same time, we’ve reached out to OnePlus, hoping they can clear up the confusion as to why the glass back is cracking for some users.

Last OnePlus Phone with an Audio Jack? Get OnePlus 6 for Just $419 in This Flash Sale