Its a good day for leaks all around, as we've seen speculations and leaks surrounding the iPhone 6S, Samsung's Galaxy Note 5 and Galaxy S6 Edge Plus and some more so far. Another upcoming device, the OnePlus 2 doesn't want to be left out of the loop it seems as a succession of leaks has taken place today, that mange to provide us with several key details about the upcoming launches. 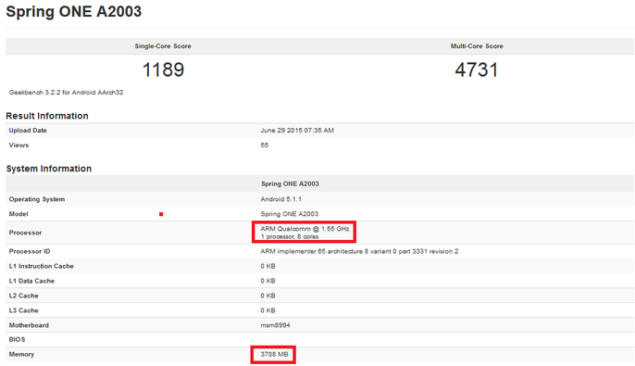 Starting from GFXBench, the OnePllus 2 has been listed on the benchmarking device with the Snapdragon 810. Despite the overheating reports that surround Qualcomm's SoC, OnePlus has chosen to stick with it as well, just like others have. But the question that's on everyone's mind so far is that will the OnePlus 2 fare any better w.r.t overheating, as even the Sony Xperia Z3 +, which came with v2.1 of the processor has seen some overheating problems. The variant of the OnePlus 2 listed today on GeekBench today comes with 4 GB of RAM and the Snapdragon 820 running at 1.5 GHz, giving the device single core and multi core scores of 1189 and 4731 respectively. 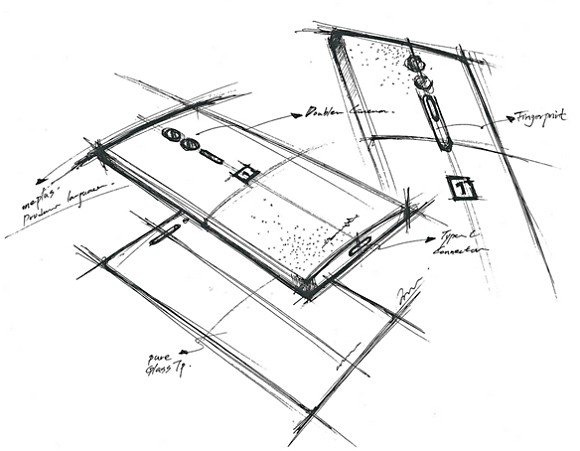 In a separate listing today, three variants of the device, named A2001, A2003, and A2005 have passed through the Bluetooth SIG website and have been certified with hardware and software builds 2.2 and 2.01 for Bluetooth 4.1 respectively. Its entirely possible that the variants differ by RAM and storage sizes, as the OnePlus 2 A2003 is the device with has surfaced on GFXBench today, with 4GB of RAM. Its entirely possible that A2005 comes with greater internal storage, while A2001 comes with the least RAM and internal storage respectively. 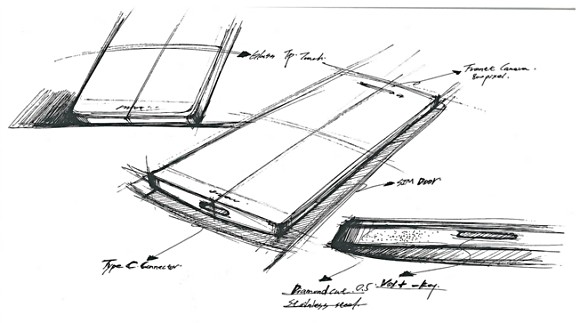 Aside from performance specifications, there's more surrounding the OnePlus 2 which has leaked today. According to a couple of leaked sketches, which can be seem in the two images above, the device will be coming with more interesting features apart from USB Type-C, which has been confirmed by OnePlus as well. As we know by now, the OnePlus 2 will be coming with a fingerprint sensor as well, which will be placed on the device's rear as can be seen in the first sketch.

What's more interesting here is that by the looks of things today, the OnePlus 2 will be coming with a dual camera solution as well, making the device one of the handful that currently employ the technology. Other details such as the SIM card slot, the volume key and what appears to be a combination of glass and metal can also be seen above. The OnePlus 2 is shaping out to be a nice device indeed. We'll wait till it's launch to learn more. Meanwhile, stay tuned and let us know what you think in the comments section below.