OnePlus has been a company that has remained content to stay on the sidelines of the smartphone world. The OnePlus One was a very decent device that came at an equally reasonable cost. But since the device was an invite only purchase, it managed to gather a limited following, rather than giving it mass market attention. It's been a long time since the OnePlus One however, and we've been hearing quite a lot about it's successor, the OnePlus 2. Oh, and it'll also be called the OnePlus 2, using the digit rather than the number. 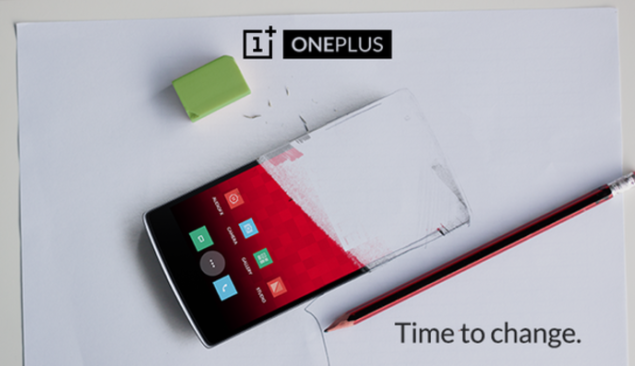 OnePlus' co-founder Carl Pei has spoken about the company's plans for its next flagship smartphone, the OnePlus 2. Pei has put any and all rumors to rest that were claiming the device to be launched by the company tomorrow. At its event tomorrow, OnePlus will be announcing price cuts on the Sandstone Black and Silk White versions of the OnePlus One. The 64GB variant of the former will see its price brought down to $298 while the latter will see its 16GB variant cost $248.

Pei also dismisses any claims that the poster above is any indication of OnePlus looking to launch its next flagship smartphone tomorrow. As to when should fans all around be expecting the device to launch, Pei says that the OnePlus 2 can be expected in the third quarter for this year. That makes the expected launch frame for the OnePlus 2 around July to September, around the time where we should also expect Apple to launch its next iPhones, the iPhone 6S and 6S Plus. The much controversial invite system for the OnePlus One will also make it to the OnePlus 2. OnePlus isn't a big company after all, and the company has to closely cater to supply and demand issues with its logistical support to make launches work. The company's OxygenOS will also be receiving several upgrades, indicating that OnePlus has thought long and hard about its next device - as any manufacturer should be expected to do so. Thoughts? Let us know what you think in the comments section.

Carl Pei is Teasing a Snapdragon-Powered Nothing Phone