Samsung Galaxy S III is one of the best selling Android phone that has easily managed to out wit most of its competition. Not only this, Samsung Galaxy S III also boasts of a huge developer base and you can witness it easily on forums like XDA, RootzWiki etc. Due to the fact that this Android phone has a broad fan following, so there is hardly a day that you don’t see this phone in the news and underground press shots. Recently, the Official Android 4.1.2 JellyBean update was leaked and made available on different forums for public consumption.

There were many who downloaded and flashed the build to no surprises at all – It worked flawless and made those flashers love their phone even more. However, there were a bunch of us waiting for this to get a bit ripe with integrated rooting. And for those who waited, the Galaxy S III official Android 4.1.2 JellyBean ROM is now available for your flashing pleasure and has root on board. Yes, you won’t really have to download various tools to get the root again on your phone if you upgrade to Android 4.1.2 JellyBean. All credit for outing this pre-rooted build goes to awesome folks at SamMobile – Yes, these guys have been bringing us the leaked official Samsung firmwares since pre-history Samsung Galaxy S times.

The latest 19300XXELK4 Android 4.1.2 JellyBean can be flashed on your phone pretty easily. All you need is some command over Odin and the rest is a price of cake. However, usual warnings apply and we or the folks who originally made this firmware available won’t be responsible if your phone goes bonkers or explodes due to you flashing it with this ROM. 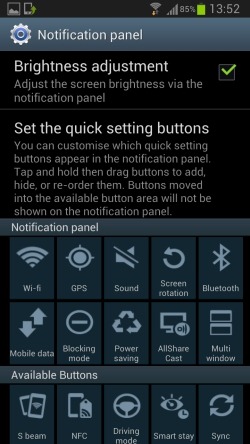 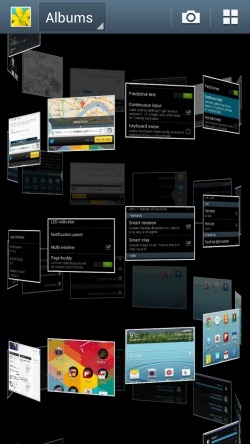 According to various sources, the Android 4.1.2 JellyBean official leaked build was already under testing phase before it made it forums. But we have countless witnesses who encountered no flaw after getting this update up and running on their phones.

Please note that this guide is only intended for Samsung Galaxy S III International GSM model (GT-I9300). Flashing it on any other variant of SGS III can convert it into a really expensive brick!

And there you go! Your Samsung Galaxy S III is now on the latest Android version there is. All credits for this guide go to the awesome folks at SamMobile. Please visit SamMobile to thank them in person and also throw in a question or two if you are facing any issues with this build.