With the announcements of Valve's HTC Vive, and Sony's Project Morpheus, one might wonder if the Oculus Rift team is starting to sweat just a little bit. 2015 will have a couple of VR-Headsets on the market throughout the year, and the Oculus Rift is supposedly slated (from previous statements) for a limited release around Summer this year, with a few consumer ready versions to gauge interest from retailers and the public. 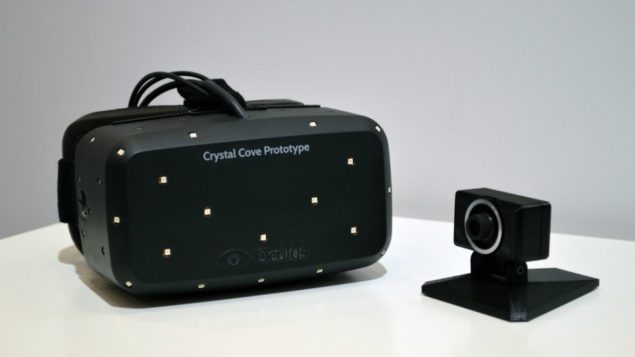 "Everything is going horribly right" With The Oculus Rift So Far

During the annual Oculus 'Ask Us Anything' panel a few days ago at South By Southwest (SXSW), Oculus Rift founder Palmer Luckey got asked a few questions that had been asked via the Oculus sub-reddit forum. The first question Luckey got asked was about any new kind of info on a date for the consumer version of the Oculus Rift. Which Luckey responded to by saying:

"We don't have anything to announce, Now is not the time nor the place, but everything is going well."

The follow-up question to that, was if Luckey still thought that the Rift is the best VR headset at any price and noted that "he also said that something would have to go terribly wrong for the consumer Rift not to come out by the end of 2015. Does [Luckey] still stand by those statements?"

"I still do believe that," Luckey said, responding to the first part of the question in regards to the quality of the headset.

"I still stand by that. I'm pretty confident. But that could change. I'd love for it to change because it means there is something even better out there. But I think that's unlikely right now."

Luckey was far more elusive with his answer in regards to the 2015 release date of the Consumer version.

"I did say [the comment about the 2015 release date] before we made a lot of changes to our roadmap, We've expended a lot of the ambition we had around the product and what we wanted to do."

"Us partnering with Facebook has allowed us to do a lot of things we wouldn't have been able to do otherwise, like hiring 300 people to work on getting the Rift out as quickly as possible to the quality level we wanted to. I can't comment on the date one way or another, in either direction, but I can say that nothing is going horribly wrong. Everything is going horribly right."

When Luckey was asked about the HoloLens, he said that eventually all of the best VR-headsets would include a fully immersive experience as well as augmented reality overlays.

His answer to the release date question might mean that they're still on track for the small-scale consumer roll-out this Summer, or they might be planning to go all out this Holiday, and the third option would be that they are not releasing it at all this year. If this is the case they might miss out on some potential customers, even previous Rift users that might want to try the new VR-Headsets that are coming out.

I myself have been patiently waiting for the consumer version on the Rift, and I'll most likely be getting myself one, whenever it is released. If you wish to watch the entire "Ask Us Anything" panel, you can do so over here.