The CEO of Oculus, Brendan Iribe laid some interesting news onto the world. The Oculus Rift Experience, a turn-key VR solution, is going to cost around $1500 for the experience. 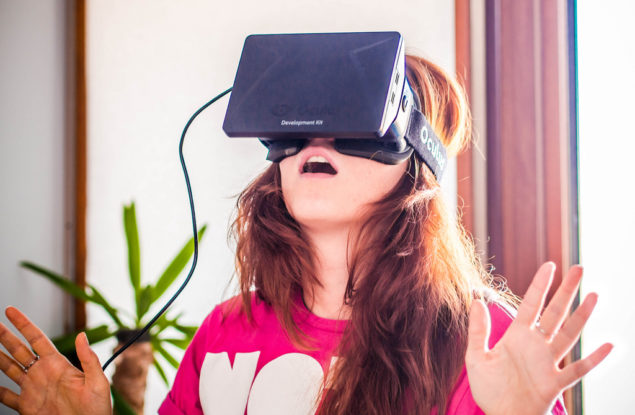 If you don't have a gaming PC and want to see what the Oculus Rift is all about, expect to pay around $1500 for a full solution to do so.

That's, of course, a complete and integrated solution that includes a PC and the Oculus Rift for enjoyment. The Oculus Rift Experience is designed to help those without a powerful enough PC that are interested to be introduced to the wonders of VR.

Iribe spoke at the Re/code Code conference today and told the crowd that the Oculus Rift Experience would be around $1500 initially, though he'd eventually like to be able to decrease the price of entry to something around $1000.

“We are looking at an all-in price, if you have to go out and actually need to buy a new computer and you’re going to buy the Rift … at most you should be in that $1,500 range,”

Realistically, however, to meet the minimum requirements of the Oculus Rift it only takes around $900 if you're being frugal. Add in the Rift for an extra $300 and you're looking at spending $1200 for a PC build that should be sufficient. Perhaps the convenience of having something ready to go, plus a shiny new Oculus Rift, is what the draw is.

It's quite interesting that they'd offer such a service to aspiring VR enthusiasts. Presumably it could spark interest not only in playing PC games but also in development by giving a first-party solution to gaming. Even though hardcore PC enthusiasts will likely scoff at the idea of not building their own PC, it's not a bad idea really, so long as the benefits outweigh the cost. Are they going to offer anything else in this package? Will it have something to entice would-be customers?