Oculus Rift 30 Launch Titles Revealed, Over A Hundred Games To Be Released This Year

This week is a definitely a good one for those looking forward to VR headsets. Yesterday, Sony revealed more details on its upcoming PlayStation VR headset and launch titles and today, Oculus has shared the full list of titles that will be available with the Oculus Rift later this month. 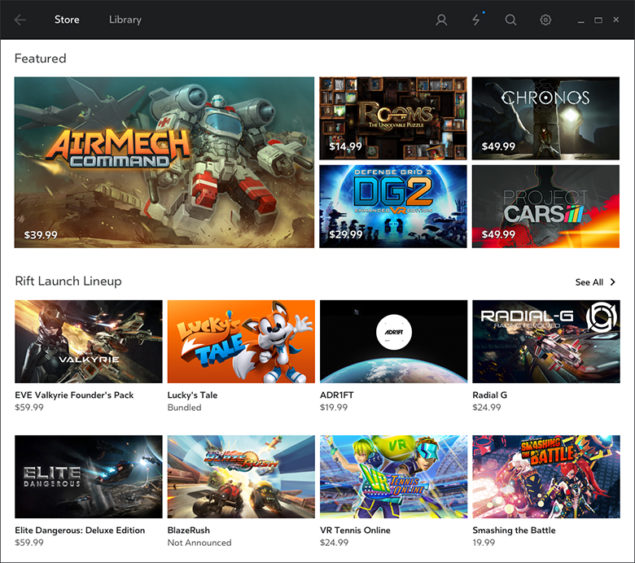 On the Oculus official website, the company has shared the names of the 30 VR games that will be released with the Oculus Rift on March 28th. The lineup seems to be pretty diverse, featuring titles such as Elite Dangerous from Frontier Developments, EVE Valkyrie Founder's Pack from CCP Games, The Vanishing of Ethan Carter from The Astronauts and Slightly Mad Studios' racing game Project Cars. 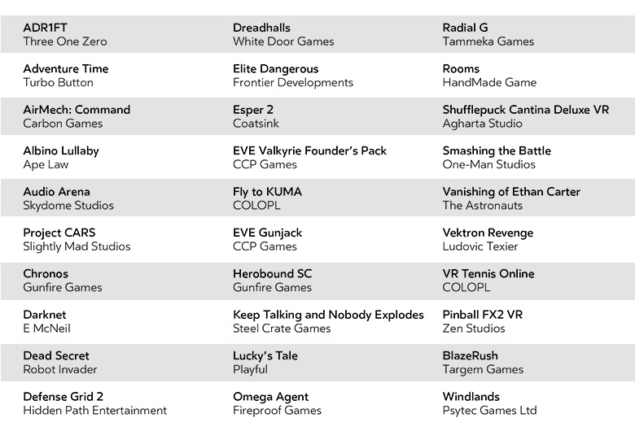 The 30 Oculus Rift launch titles are only the beginning for the Rift VR headset. Oculus is working with thousands of developers on entirely new VR experiences, with over a hundred more games coming this year.

Today, the company has also introduced the new Oculus Home on Rift, which has evolved significantly since its launch on Gear VR.

We designed Home from the ground up for VR, and it’s evolved significantly since its launch on Gear VR. Home is the best way to explore your library, discover new content, and connect with friends in VR.

You’ll also be able to explore the platform from the Oculus desktop app. The app lets you customize your Rift and easily browse the latest content in the Oculus Store.

The Oculus Rift VR headset will be released on March 28th alongside 30 launch titles. More news on apps, videos and experience coming to Oculus at launch will be shared soon, so stay tuned for all the latest news on the soon to be released VR headset.