Oculus has announced that they just acquired a company known as Pebbles Interfaces. They specialize on digital sensing technology. In other words, stuff that enables better human-computer interaction. 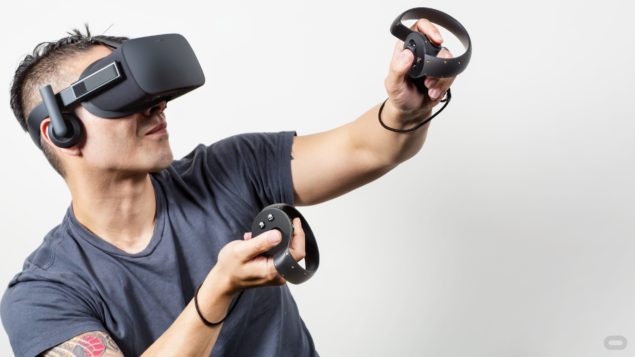 The Oculus Touch looks to be a fairly great method of control, though it isn't necessarily completely 'natural' by any means. Pebbles Interfaces has been working on hand tracking technology that currently use their own custom sensors and programming to make for more natural VR interactions. It wouldn't be a stretch to see this fully integrated into the Oculus Rift at some point. It already has a plethora of IR sensors placed evenly throughout.

I think someone noticed that using your hands naturally, almost as with the Kinect, could make for a better experience. The half-moon controllers work, and aren't terribly awkward, but being able to have your hands be the controllers would be far better.

Pebbles Interfaces is one of the foremost computer vision teams focused on depth sensing technology. This technology, based on the structured light approach, can detect and segment hands and human skin. Great depth sensing will enable the next level of simple and intuitive interaction in VR. Pebbles Interfaces was founded in 2010 in Israel. They'll be joining the team at Oculus to help us on our mission to create an even more immersive virtual reality experience.

Check out the great video of what Pebble Interfaces has been working on. It seems to be coming along quite nicely.