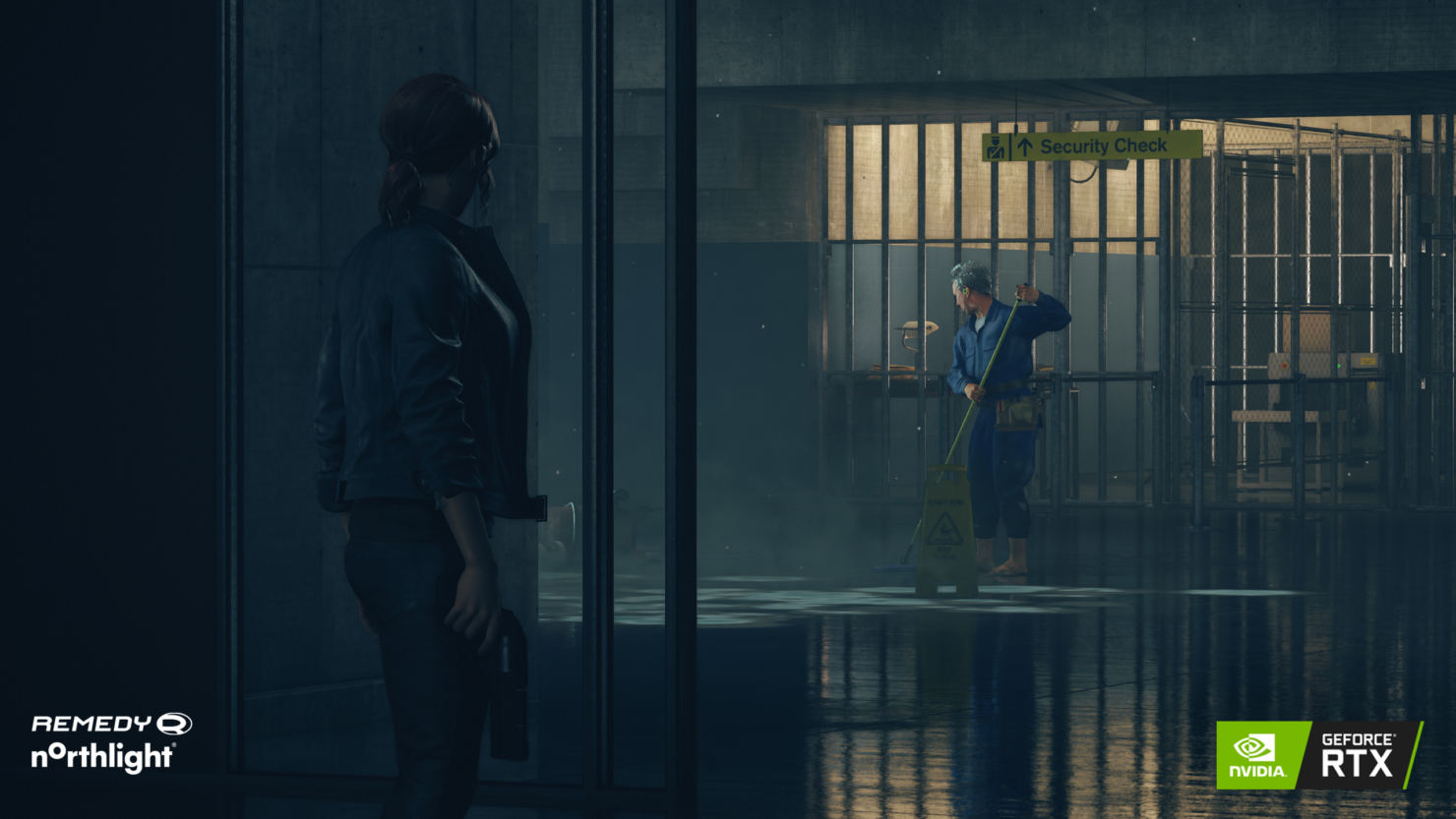 Remedy has often been at the forefront of innovation in graphics technology, so we weren't surprised when they were the first to provide a demo showcase for NVIDIA RTX and the new DXR API when they got announced at GDC 2018.

It was later confirmed at Gamescom 2018 that their upcoming game Control would indeed feature NVIDIA RTX effects such as reflections, diffuse GI and contact shadows.

Remedy has added ray-tracing to Control, starting with glossy Ray Traced Reflections, Ray Traced Diffuse Global Illumination and Contact Shadows for most influential light sources.
The Bureau’s glossy office environments are a perfect showcase for Global Illumination and Reflections, enabling the realistic reflection of floors, walls and furniture, elevating image quality and immersion. And as raytraced reflections are based on the exact geometric detail and dynamic lighting of a scene, expect to see Control’s supernatural enemies and action fully reflected at a level of quality that was previously unobtainable.

With Ray-Traced Diffuse Global Illumination, Remedy is able to enhance their existing Global Illumination system to deliver more accurate details, and also include lighting from dynamic light sources reflected from nearby surfaces in real time. As a result, even the smallest geometric details in a scene influence the indirect illumination with superior results.

Finally, Remedy utilizes ray-traced contact shadowing to enhance non-RT shadows cast from lights with the highest intensity. By combining the two techniques, a scene’s most predominant shadows can be rendered at a higher level of detail than was previously possible. Additionally, ray-tracing enables rendering of accurate contact shadows from shadow casters outside of the camera’s field of view, enhancing immersion as the camera moves through the scene.

During last week's GPU Technology Conference (GTC) Europe 2018, Remedy Entertainment hosted a presentation of their Northlight engine demo running NVIDIA RTX. As reported by Golem.de, the raytraced scene delivered clearly higher quality graphics but the expense was rather significant. Between contact shadows (2.3 ms), reflections (4.4 ms, as you can see in the picture below) and denoising (2.5 ms), all of the NVIDIA RTX effects cost 9.2 ms in render time. 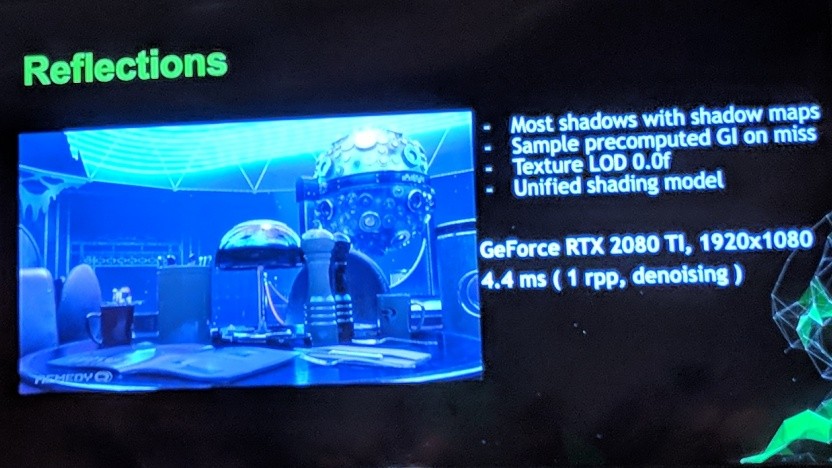 To make matters worse, the demo was running at 1080p resolution using the brand new top of the line RTX 2080 Ti GPU. Lower specced graphics cards such as the 2080 or 2070 would inevitably fare worse. On the other hand, Remedy will surely optimize NVIDIA RTX performance ahead of Control's release (currently planned for next year) and it's also possible that the final game will allow users to customize the options, for instance deactivating the costly reflections while keeping raytraced contact shadows and diffuse GI.

Of course, the quality/performance balance will continue to be a hot topic as we get closer to the release of the first NVIDIA RTX powered game, Battlefield V. Stay tuned for more coverage on both RTX and DLSS technologies.