Nvidia will reportedly reveal GM200 in March. The GPU core will power next generation flagship Quadro and GeForce GTX ( Titan X ) products.
This will occur during the GPU Technology Conference between the 17th of March and the 20th of March. The new GPU will reportedly be showcased in the new Quadro M6000 from Nvidia. However we should see the new GPU soon after in the next GeForce GTX Titan card ( Titan X / Titan II ) from Nvidia. 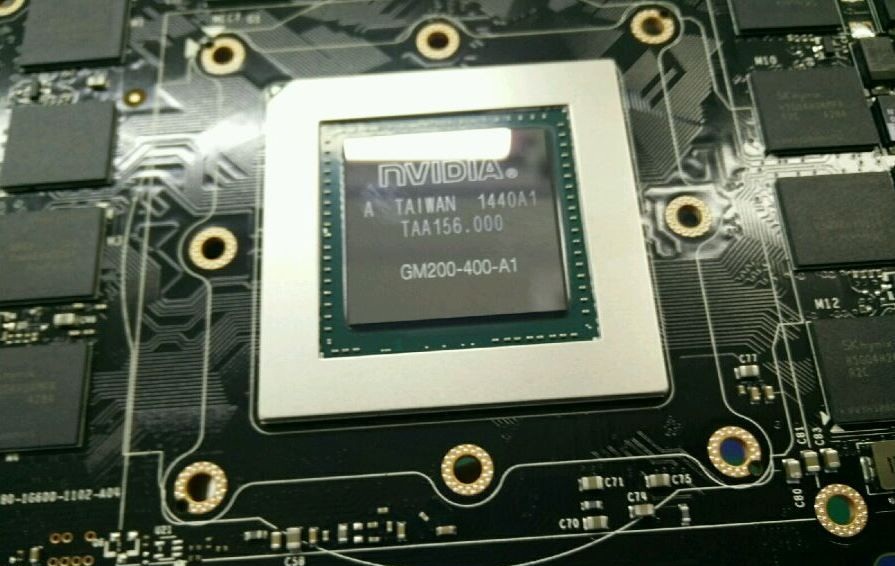 GM200 is a massive GPU, quite possibly the largest ever produced by Nvidia. In our exclusive analysis of the GPU we had found out that GM200 could easily be over 600mm² large. This means that Nvidia may have approached the reticle limit of TSMC's 28nm process.

Leaked but unconfirmed specifications for the GPU  include 24 SMM units for a total of 3072 CUDA cores, a 384bit GDDR5 memory interface and 96 render output units. The GPU was pictured above on a PCB most likely belonging to a Quadro M6000 card as with 12GB of GDDR5 memory. 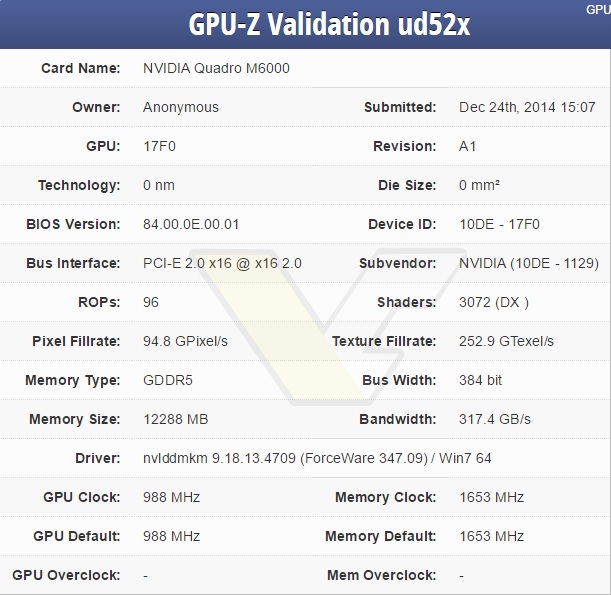 In addition to technical specifications of GM200 there's also information pertaining to the next Titan in particular. The Titan X will reportedly employ a native fan-off function that completely disables the fan below a certain temperature limit to reduce noise. This should prove especially effective when the GPU is idling while you browse the web or work on a document. There's also talk of pricing for the Titan X going up as high as $1350. a 35% increase over the previous, arguably exorbitant, launch price for the original GTX Titan.

If history repeats itself, which it often does, then we're going to see GM200 arrive to market in a professional workstation graphics card first. Following that Nvidia may choose to release it in an uber expensive GTX Titan type card a few months afterwards. Finally the GPU should arrive in ordinary GeForce GTX, possibly post 900 series, SKUs.

Nvidia's traditional 3 digit naming scheme is running out of steam. So non Titan GeForce GTX cards based on GM200 will most likely adopt a new naming structure especially if Nvidia plans to release more than one non Titan card. As 980 Ti won't leave room for a second card and 985, 985 Ti simply don't represent the performance delta between GM204 and GM200.

We don't really know what naming structure will eventually take place but we might see something like X80 and X70, with the GTX prefix going back to its original suffix location. So something like an Nvidia Geforce X80 GTX, or Nvidia GeForce X70 GTX where the X represents a 10 as with Roman numerals. For subsequent generations Nvidia could simply add an additional numeral such as X180 or X280. I'm just brainstorming here and would love to hear what you think Nvidia's future naming structure should look like. Please share your thoughts in a comment below. Not just for GM200 cards but for future Pascal based cards as well.