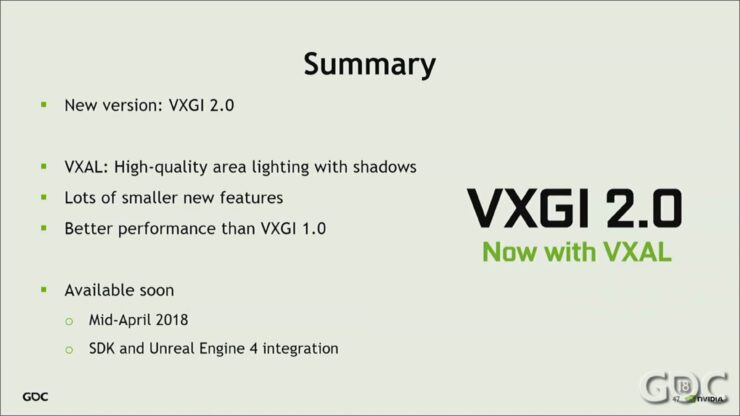 While GDC 2018's focus may have been on Raytracing, NVIDIA also announced a new version of VXGI, its Voxel Global Illumination solution inspired by Sparse Voxel Octree Global Illumination (SVOGI). As you might recall, VXGI was first introduced several years ago with NVIDIA's Senior Developer Technology Engineer Alexey Panteleev sharing a presentation at the GPU Technology Conference 2014. However, to this date no commercial game has implemented VXGI, in all likelihood due to its significant performance cost.

A couple years later, he introduced VXAO (Voxel Ambient Occlusion) as a dedicated solution for Ambient Occlusion with several advantages of existing screen-space algorithms: superior image quality, smoother response to camera motion, finer details and greater accuracy. VXAO is also much less resource intensive than full-blown Voxel Global Illumination and it was implemented in Rise of the Tomb Raider as well as the recent Final Fantasy XV: Windows Edition. Still, while it provides superior image quality, the performance still isn't where it should be in order to be widespread.

NVIDIA and Panteleev himself are not giving up, though. At the recent Game Developers Conference 2018, he hosted a presentation to showcase the advancements in VXGI development which are going to lead shortly to the release of a new 2.0 version.

The first advancement is the introduction of high-quality Area Lights with Shadows. It's more than just improved quality though as NVIDIA will share a dedicated (and separate) VXAL API where developers can set all the parameters as desired. 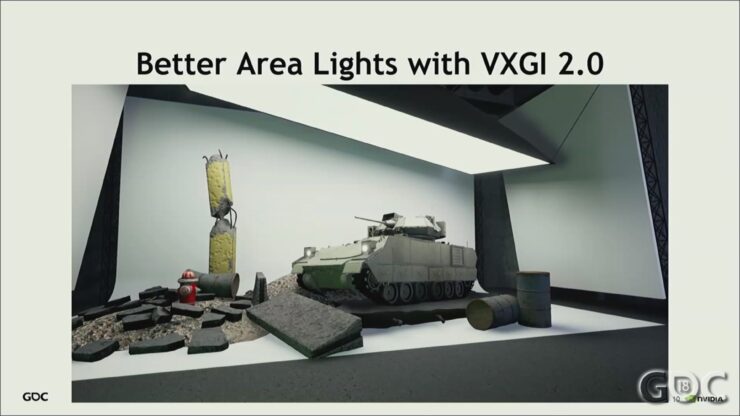 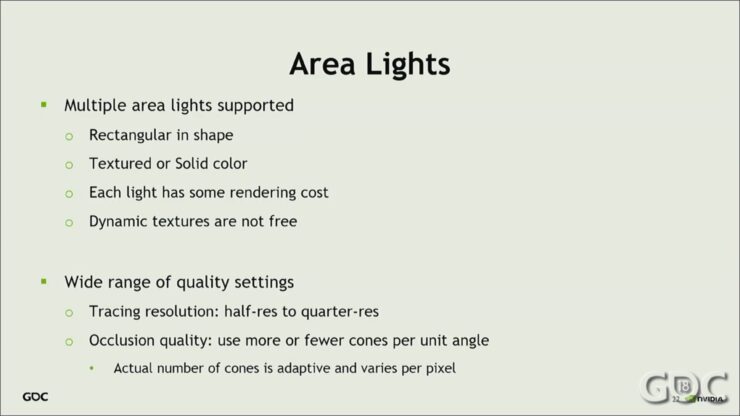 VXGI 2.0 is packed with several more enhancements, such as one-pass voxelization (which according to Panteleev can almost double performance in most cases), support for custom G-Buffer layouts and View Reprojection for VR games, simpler voxel formats, simpler and more flexible materials, simpler tracing controls, improved upscaling and temporal filters and several additional fixes. 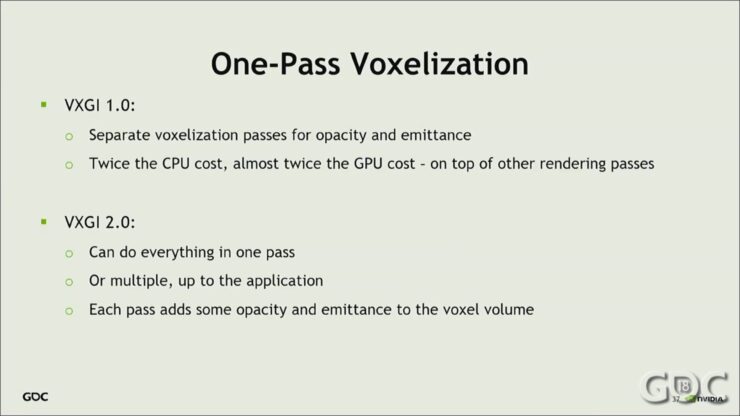