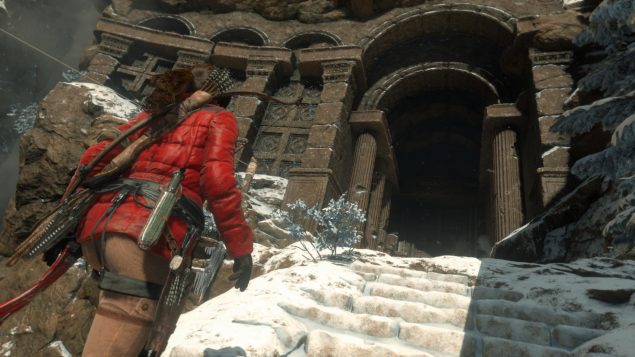 Rise of the Tomb Raider is releasing next Thursday on PC and NVIDIA already published a preliminary article showing how some GPUs perform in the game.

At this point, you might wonder how NVIDIA came to that conclusion. Here's their explanation:

To determine the recommended NVIDIA graphics card, Square Enix and Crystal Dynamics leveraged our experienced team of testers, who located a 2-minute repeatable segment of the expansive game that was graphically demanding and representative of the other graphically intensive moments of the game.

With further testing, our technical marketing team concluded that a 60 frames per second average during this particularly demanding scene, on the High-detail preset, delivered the best balance between graphical fidelity, input responsiveness, and performance in all of Rise of the Tomb Raider’s gameplay locations and cutscenes.

The "green" company also provided frame time graphs, though, in order to further prove that these GPUs at the recommended settings and resolution also offers a responsive gaming experience without any stuttering. 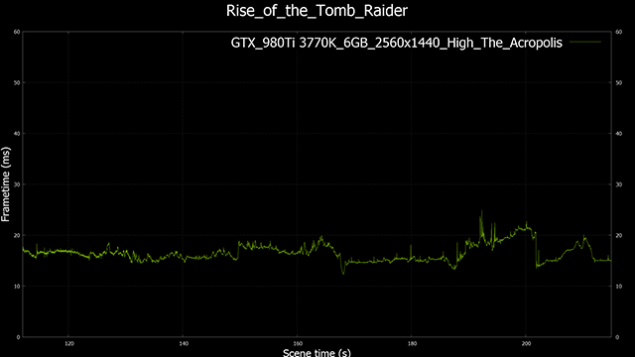 NVIDIA promised to publish their usual full in-depth guide to performance and settings on January 28, one day before the game's launch. It will be interesting to figure out whether Rise of the Tomb Raider also features an Ultra preset, though, and how will the GPUs perform in that case.

Moreover, we still don't know whether NVIDIA's VXAO will be featured at launch. This technology was only mentioned in a few press releases, but when we contacted NVIDIA they said they had nothing to announce yet.

Perhaps it could be added later, like HBAO+ and Flex in the latest Fallout 4 update. As a reminder, the game will be free for those who are buying a GTX 970, 980 or 980Ti card (including laptop variants) at select retailers.

By the way, Rise of the Tomb Raider is about to get the Baba Yaga DLC on Xbox One/Xbox 360 (it will release on January 26) and this DLC will be available from day one to PC gamers, as confirmed by Eurogamer.