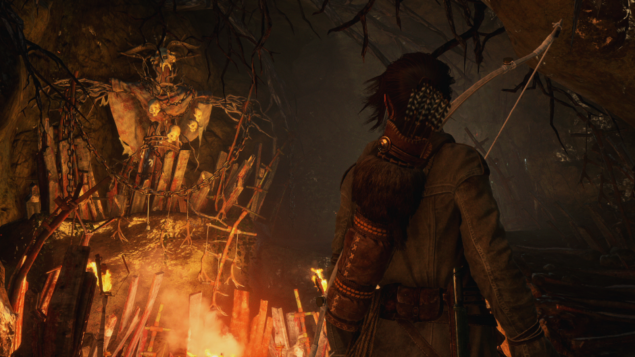 Interestingly, the long-awaited PC release for Rise of the Tomb Raider is scheduled for a release 2 days later, on January 28. It’s uncertain whether the Baba Yaga DLC will release for PC on January 28 as well.

Baba Yaga: The Story of the Witch debuted during the Game-Awards pre-show last year. Check out the trailer down below:

Deep in the wilds of Siberia, there is a forbidden forest that no man will enter, where a Soviet expedition vanished without a trace. Lara enters the Wicked Vale in search of a missing man, but what she finds is a nightmare that she cannot explain. Is the witch, Baba Yaga, truly haunting the forbidden forest? Or is there more to the legend?

Featuring hours of gameplay and a new outfit and bow, Baba Yaga: The Temple of the Witch expands the story of the main campaign with Lara facing deadly new adversaries, exploring a new puzzle-filled tomb, and solving a decades old mystery, all culminating in a showdown with an ancient and mythic evil.

Baba Yaga: The Story of the Witch is included as part of Rise of the Tomb Raider's season pass.

A few days ago we reported that the game’s senior art director, Brian Horton, had left Crystal Dynamics to join Call of Duty developer, Infinity Ward.