We have more of MSI's new and interesting Golden Nvidia GTX 970 contraption to behold. We covered the initial reveal of a prototype version of this card by KitGuru a week ago. Now we get to see what the final version of the card looks like thanks to Videocardz.com. 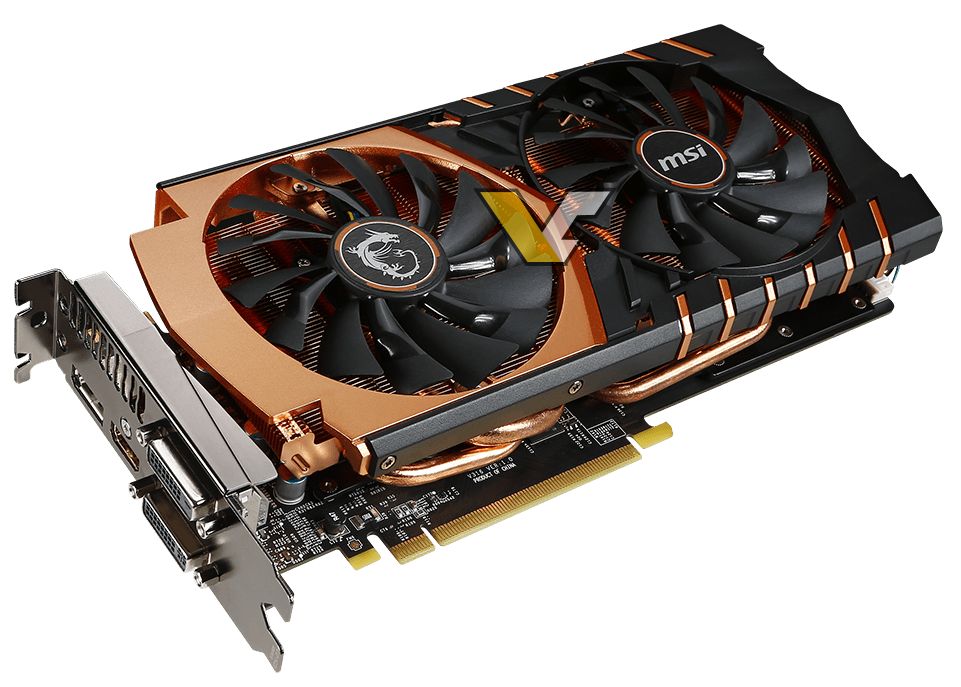 The card features the same TwinFrozr V cooling from the original GTX 970 Gaming card. However the Golden Edition features a heatsink assembly and a set of heatpipes made of copper. In comparison to the original Golden Edition revealed by KitGuru, the final version seems to have gotten the tone just right. The shroud now has a very elegant golden look about it.

Nvidia's GTX 970 Gets a Golden Makeover by MSI

In addition to the new Golden aesthetic and full copper heatsink, the Golden Edition Nvidia GTX 970 also gets a backplate.  Unfortunately the backplate can't be seen in the new set of photos provided by videocardz but going by the previous KitGuru leak, the backplate had MSI's "gaming" dragon emblem inscribed to the backplate in a Golden tone that matches the shroud of the card.

As with MSI's previous Golden Editions this card will likely feature more aggressive core and boost clock speeds. We might also see MSI adding a factory overclock to the memory. It's going to be interesting to see how this card is received. Perhaps if it ends up being popular enough, MSI may release a Golden Edition version of the GTX 980 Gaming. Hopefully it'll be one of those 8GB GTX 980s that we've been hearing rumors about. We've already seen the 8GB 290X cards arrive in many different flavors.

In any case we still don't have a date for when this card is going to be available. The specifications for the GPU and memory clock rates are still unknown as well. Although I'd imagine they won't remain so for long. After all if the press photos are already ready and up. I'd expect to see this card coming to market within the upcoming few weeks. Stay tuned, we'll make sure to provide an update as soon as we hear any news.