So something pretty exciting happened regarding the Nvidia Geforce GTX 980 flagship. Hermitage Akihabara, one of our most authentic sources I might add, has posted with confidence that Nvidia is preparing to launch 8GB versions of their flagship. Needless, to say this is pretty big news, because not only will this help boost Maxwell sales even further, but also counter any 8GB variant that AMD rolls out. 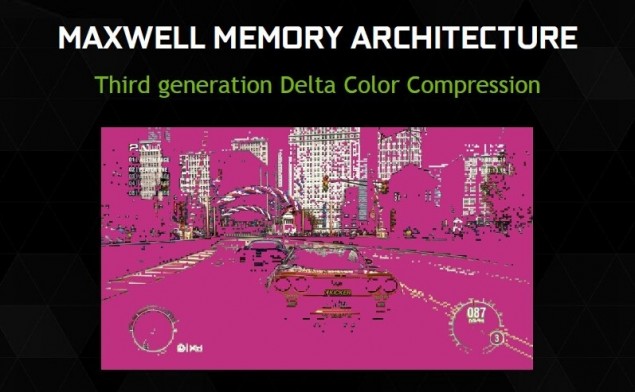 For single GPU configurations 4GB memory is usually sufficient for most games, not counting an insane amount of Skyrim mods running concurrently. However once you start entering the realm of 4K, memory and bus width starts to matter a lot. The last generation rival from AMD, namely the R9 290X has a huge bus width (512 bits) so it has an automatic advantage over any 256 bit GPU. Nvidia employs alot of software wizardry and color compression techniques to make sure that the small bus does not become a problem, but since they are talking about increasing memory to 8GB I wondered how that would fare in situations that actually benefit from the excess vram.

Currently no single card (Dual GPU cards do not count as a single card technically) can run modern games at 4K resolution at high or near-to-high settings. It is because of this that GPUs usually dont have more than 4GB of memory. However, if you are entering the realm of multi-gpu configurations than playing at 4K finally becomes a reality, and if you are applying copious amounts of anti aliasing and mods, that vram is going to get eaten up pretty fast. As most of you would know vram does not stack in crossfire or sli configs, it is because of this that any cards which boast 8GB of memory is built ideally for Multi-GPU use.

A Dual Crossfire or SLI setup is usually the most optimum setup that offers good value and very decent scaling. So if you are going shopping for cards in the holiday season, and the 8GB version has a high premium, I would suggest skipping it unless you plan to upgrade to SLI or are into (very very) heavy modding. For casual modding needs, 4GB variants will more than suffice. The card is allegedly landing in November this year and HA mentions once again that the GTX 960 is queued for the first quarter of 2015.

#Nvidia prepping GTX 980 with 8GB mem. Two of these in SLI equals good future proofing for the next couple of years. http://t.co/KgjjdgLZ9t

We Built A $2200 Gaming PC In The BitFenix Shogun

DOOM Lead Programmer: 4K Gaming On Xbox Scorpio Is A “Waste of Resources”

Mark Cerny: 8 TFlops Minimal Is Required To Render In Native 4K But This Is A Personal Estimate

Microsoft On Xbox Scorpio: “Not Every Developer” Will Take “That 6TFLOPs And Do 4K/60fps With It”