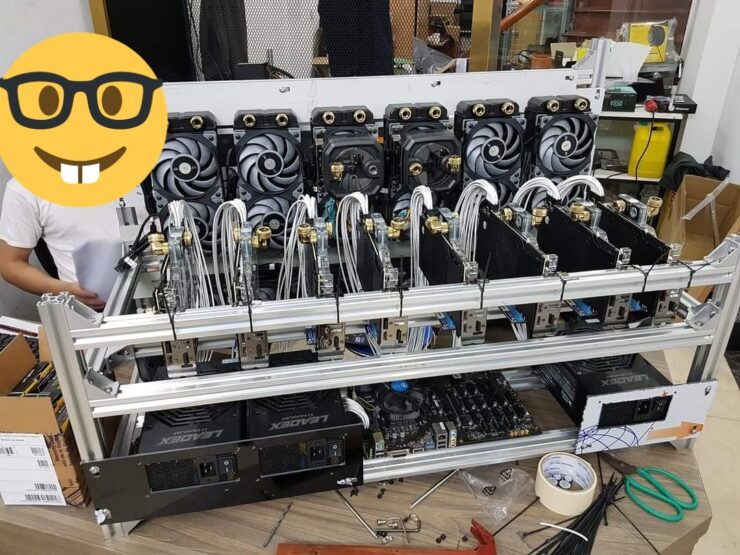 We have all seen some crazy cryptocurrency mining rigs but the latest ones take it one step ahead by putting several NVIDIA GeForce RTX GPUs under premium cooling. Setups have been spotted by I_Leak_VN which shows mining rigs using premium custom-loop kits and even mineral oil to cool off GeForce RTX GPUs.

The first system that has been pictured includes a total of 10 NVIDIA GeForce RTX 3090 GPUs. The GeForce RTX 3090 is currently the fastest graphics card for mining cryptocurrency, especially ETH (Ethereum). The GPU also requires a lot of cooling to keep it running at a steady phase, especially when you're really pushing those 19.5 GDDR6X memory modules, 12 on each side of the PCB. The rig is massive and is custom-built to house all graphics cards. 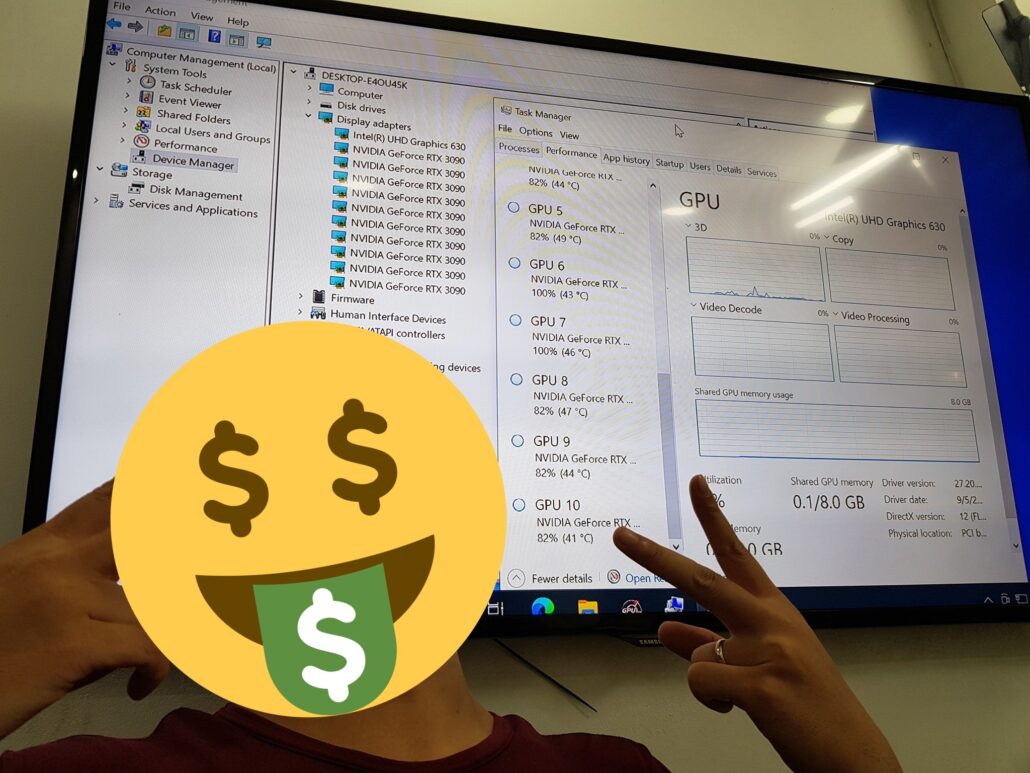 You can see each of the NVIDIA GeForce RTX 3090 making use of what seems to be a Bitspower water block based on the backplate and logo. Each card is equipped with a 280mm radiator & has three Super Flower Leadex Titanium 1600W PSUs attached to it. The all aluminum-frame has the GPUs running off riser cables which are attached to the MSI B360-F PRO mining motherboard that allows for up to 18 GPUs at once. All GPUs when loaded up in mining deliver temperatures under 50C which are impressive but also expected given the use of enthusiast-grade cooling.

The second PC is from a cryptocurrency mining setup in Vietnam and the user here is running a total of 8 ASUS GeForce RTX GPUs which are cooled by mineral oil. Mineral-oil cooling has its own advantages over standard liquid cooling and makes sure that all components are cooled at the same rate rather than variable temperatures across GPU, VRAM, and VRMs. The whole PC is submerged within the cooling liquid and we can also expect lower temperatures when the cards are being run under the cryptocurrency mining operations.

We can also not forget the insane RGB-Lit cryptocurrency mining rig which features 78 NVIDIA GeForce RTX 3080 graphics card. You can check out more about that here.