The aforementioned graphics cards are no longer a mystery and have been leaked several times before. It looks like PALIT will be preparing a huge list of custom variants for each card, specifically the RTX 3050 Ti and RTX 3070 Ti. The NVIDIA GeForce RTX 3080 Ti is expected to feature 5 custom variants, 20 for RTX 3070 Ti, 26 for RTX 3050 Ti, 9 CMP 30HX/40HX and 12 CMP 50HX/90HX cards. 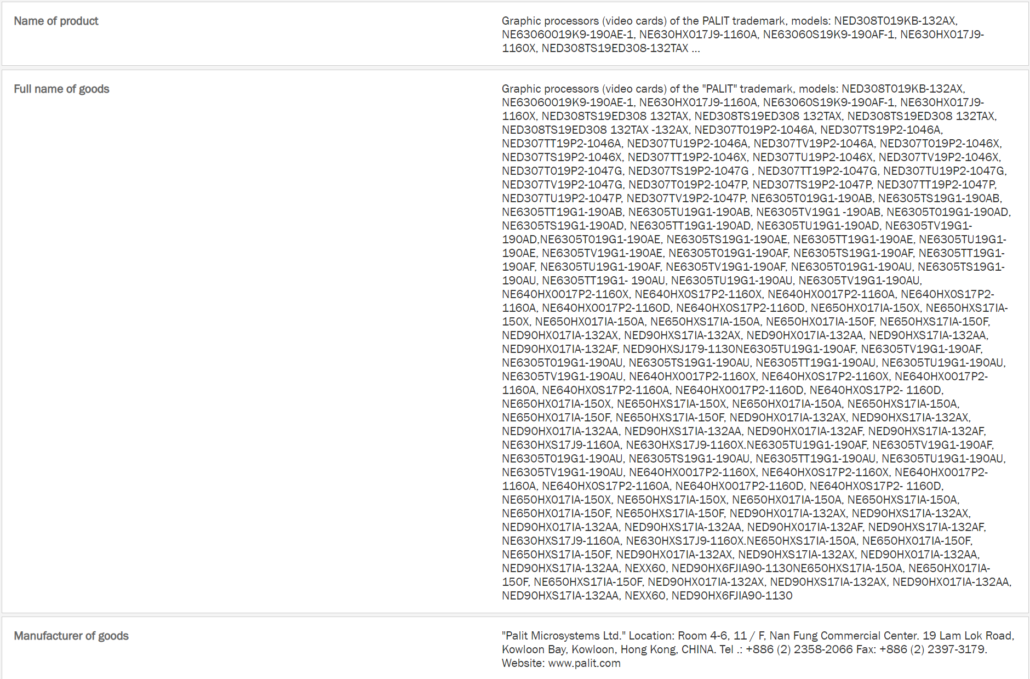 This is definitely a massive list of cards but do note that not all variants submitted to the EEC end up seeing the light of day. Some of these variants will be replaced or canceled and only a small list of cards will actually ever launch. NVIDIA GeForce RTX 3080 Ti and RTX 3070 Ti graphics cards are expected to launch early next month. The GeForce RTX 3050 Ti launched for laptops launched this week so a desktop launch could be expected by the end of June. As for the CMP 30HX/40HX cards, they are already available in the retail segment but certain manufacturers have yet to launch their own variants. The higher-end CMP 50HX and CMP 90HX cryptocurrency mining cards are expected to hit shelves this quarter.

Following is the full list of NVIDIA GeForce RTX and NVIDIA CMP cards that were submitted to the EEC as compiled by Videocardz (via Komachi):

The GeForce RTX 3070 Ti is expected to launch by the start of June for an MSRP of around $599 US. Expect more information to come on these cards in the coming weeks.

Starting with the specifications, the NVIDIA GeForce RTX 3050 Ti Desktop GPU will feature the same core specifications as the laptop variant with 2560 cores packed within 20 SM units. We don't have the exact clock speed but expect it to be higher than the 1695 MHz boost clock of the mobile chip. The GPU will feature 4 GB GDDR6 VRAM running across a 128-bit bus interface and TGP on the chip is expected to peak at around 100W.

The graphics cards will rock the latest mining hash rate limiter which is supposedly hard to crack compared to the initial release which was bypassed within a few days.

The NVIDIA CMP 90HX is the only card of the four to feature the Ampere Architecture based on Samsung's 8nm processor. The card is based on the PG132 board and has GA102-100 GPU. The board is actually the same as the board for the RTX 3080. On top of that, it will also have 320W and 10GB, but the memory type is unknown. It is likely that while the core specifications will be slightly different than the GeForce counterparts, the memory configurations will remain the same but still, that remains to be seen.

The NVIDIA CMP 90HX launches in Q2 2021 and will feature a price slightly lower than the GeForce RTX 3080 but will lack some essential features such as display connectors and most probably disabled GPU units which are not required for crypto mining which means they will end up being useless after their mining life has ended.