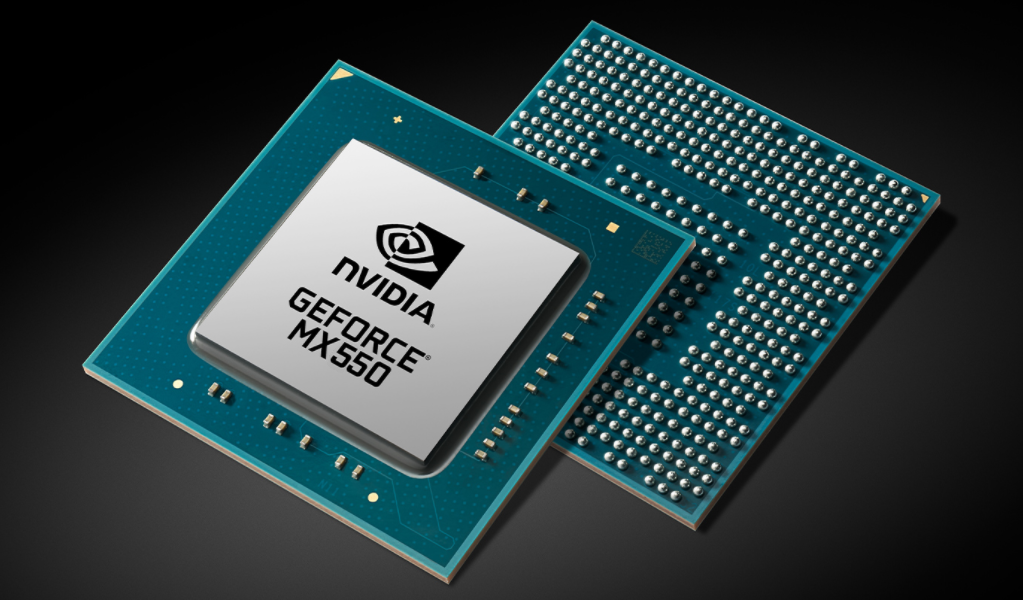 NVIDIA could be launching its next entry-level discrete GPU for the laptop market, the GeForce MX550, powered by the Ampere architecture. The MX550 will replace the Turing-based MX450 which has been around for a few years now.

The NVIDIA GeForce MX550 was spotted within the Geekbench database by ITHome and while the codename for the chip isn't confirmed since it hasn't been released yet, the source speculates that this could indeed be a new MX chip for the entry-level laptop graphics segment. The GPU features a total of 16 SM units for a total of 128 CUDA cores and 2 GB of GDDR6 memory operating at around 10-12Gbps speeds. It is likely that the chip features a 64-bit bus interface just like its predecessors so that will yield a total bandwidth of 80 - 96 GB/s which should be enough for an entry-level chip.

The GPU was spotted within a Lenovo laptop powered by the Intel Core i7-1260P Alder Lake chip. This chip rocks 12 cores and 16 threads in a 4+8 configuration. That's 4 Golden Cove (P-Cores) and 8 Gracemont (E-Cores). The chip was running at 2.5 GHz base and 4.6 GHz boost clocks though we are not sure if these are the final clock speeds yet. Other specifications include 18 MB of L3 cache along with 16 GB of system memory. The Core i7-1260P is also part of the U28 series which is a step below the H35 & H45 lineup as those are intended for high-performance notebooks. 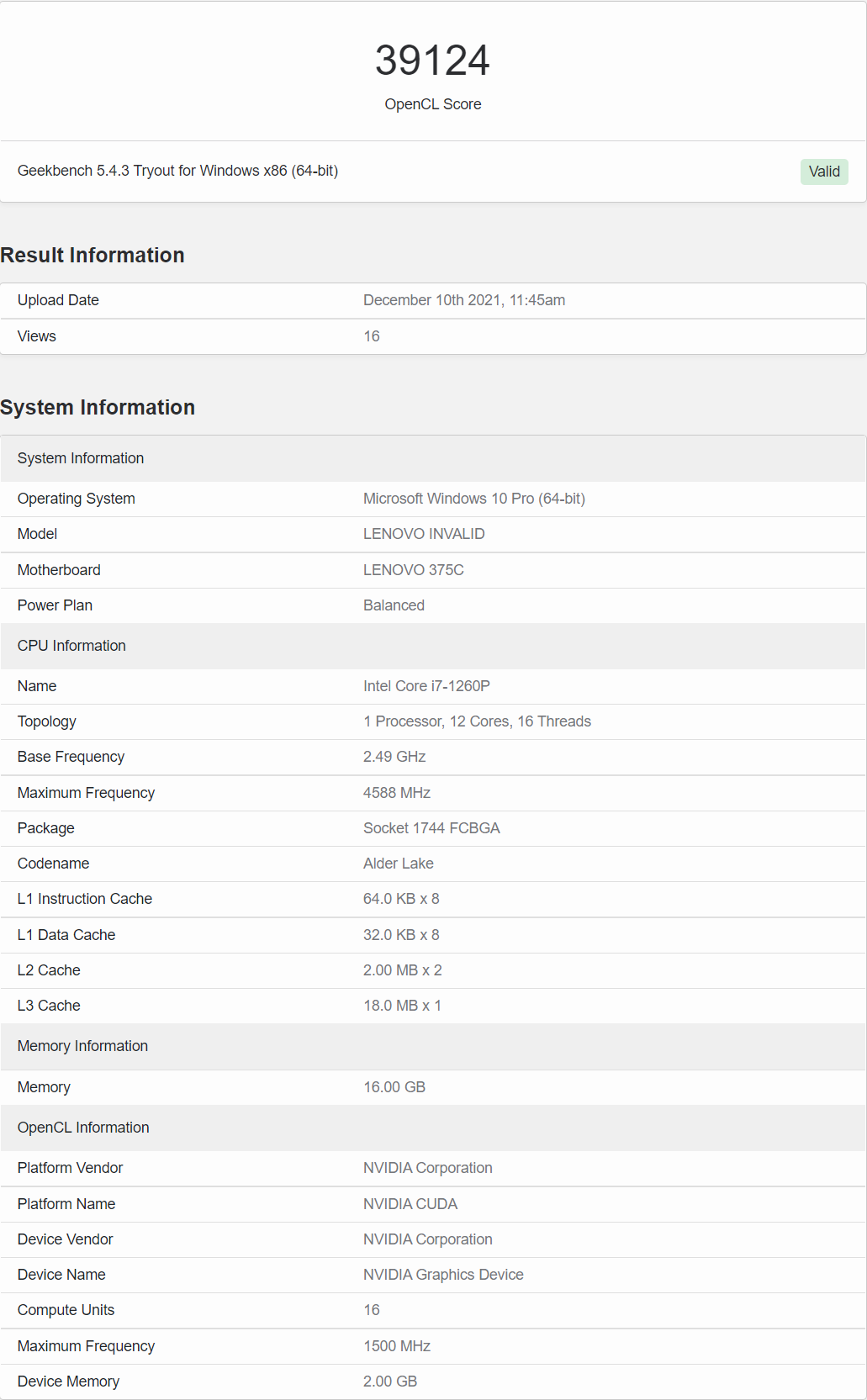 Compared to the older GeForce MX450 in Lenovo G6 laptops, the new NVIDIA GeForce MX550 ends up around 15% faster and this is without proper drivers. So we might see a small increase in overall performance by the time this GPU launches for consumers. The main competition of the MX lineup has always entirely been entry-level integrated chips and GPUs. The MX450 was designed to tackle AMD's entry-level chips, especially the Vega GPU on Renoir and Cezanne chips. Intel will also have its own entry-level solution in the form of ARC Alchemist DG2-128 on laptops but Iris Xe-LP is still a strong contender in the entry-level segment. 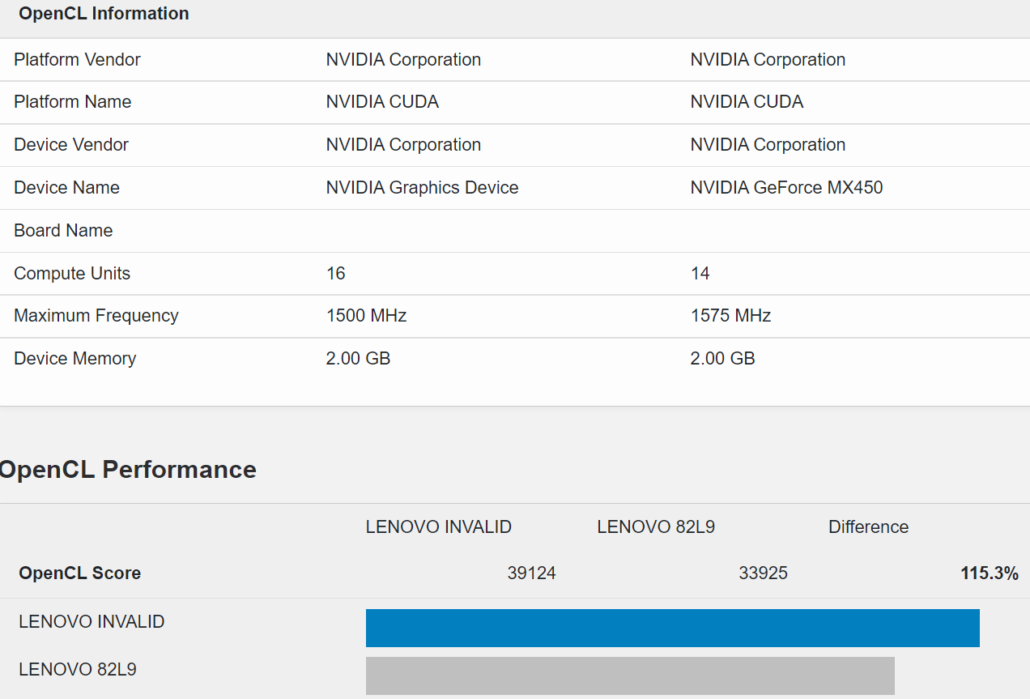 At the moment, the NVIDIA GeForce MX550 is about as fast as the GeForce GTX 1650 Ti and RX 5600 XT in the Geekbench OpenCL benchmark test.

The next-gen AMD Ryzen 6000U APUs with RDNA 2 GPU architecture is expected to offer a huge leap in performance. Based on initial rumors, the RDNA 2 GPUs for Rembrandt offers a Time Spy score of around 2700 points while the MX450 scores around 2300 points and 2600 points with OC. So AMD will already be faster than NVIDIA's discrete solution with their integrated RDNA 2 design. As such, NVIDIA has readied its Ampere MX550 offering to tackle the RDNA 2 threat.

A 15% GPU performance increase would mean a score of around 2700-2800 points which is going to be on par with RDNA 2 APUs. Once again, neither of the chips here is with final optimizations so in the end we will have to wait for independent results to show us the real pictures but it looks like NVIDIA is in for some really heated competition against integrated solutions from AMD and Intel.