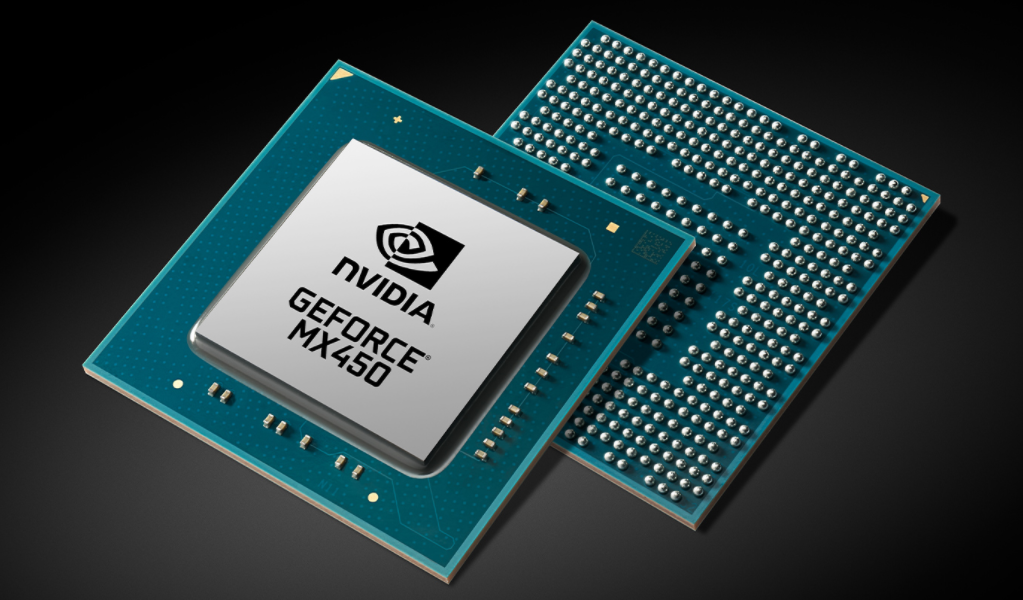 NVIDIA has just announced the GeForce MX 450 discrete graphics chip for mobile platforms which include notebooks and laptops. The GeForce MX 450 is aimed at entry-level notebooks with a focus on performance faster than integrated graphics solutions while delivering increased efficiency in a range of workloads.

While the official product page for the GeForce MX450 at NVIDIA's official webpage doesn't say a lot regarding the specifications, there are some details such as the features supported by the GeForce MX class GPUs.

The NVIDIA GeForce MX450 is going to be based on the Turing GPU architecture. This is at least what the leaks have indicated. There are a list of technologies that the GeForce MX450 GPU will support such as (via Computerbase):

In terms of technical specifications, the NVIDIA GeForce MX450 is listed to feature both GDDR5 and GDDR6 memory. Previously leaked information from NotebookCheck suggests that the MX450 will utilize the Turing TU117 GPU core which is based on the 12nm FinFET process node. The MX450 is said to feature up to 896 CUDA cores and a base clock of 540 MHz. The memory is supposed to be running at 10 Gbps across a 64-bit bus which should deliver 80 GB/s bandwidth to the GPU. The G5 memory runs at a slower clock rate of 7 Gbps and should deliver 56 GB/s bandwidth to the GPU.

As for the TDP, the NVIDIA GeForce MX450 will feature a 25W configuration but we cannot confirm if that's the base variant with GDDR5 memory or the faster GDDR6 variant. The NVIDIA GeForce MX 430 is also expected to launch soon and could feature 768-896 CUDA cores. The addition of PCIe 4 isn't a big deal as it doesn't contribute to extra performance. The standard GeForce RTX & GeForce GTX Turing offers still utilize the PCIe 3.0 protocol on mobile platforms.

Based on the numbers, we can expect anywhere between 80-90% performance of the GeForce GTX 1650 which would be amazing for an entry-level 25W laptop chip. A leaked Tiger Lake laptop with a GeForce MX450 graphics option leaked out a while ago from Lenovo. It looks like the MX450 will be primarily featured on Intel Tiger Lake-based laptops since the 11th Gen Intel lineup is the only note book family that is compliant with the PCIe Gen 4.0 protocol. It's also noteworthy that Intel's Tiger Lake Xe GPUs featured on the same laptops are also NVIDIA's main competitor in this segment.

It will definitely be an interesting comparison between the new GeForce MX Turing based GPUs and the integrated parts from AMD and Intel in the second half of 2020 as all three vendors try to offer extra graphics performance in entry-level notebook designs.