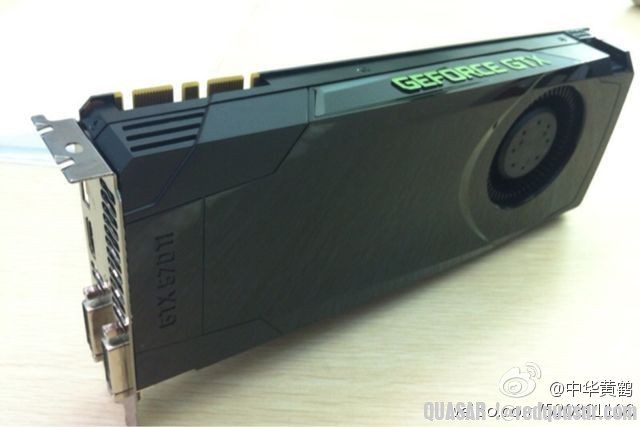 NVIDIA after the successful launch of its GeForce GTX 680 is further preparing two more GK104 Chip based GPU's which would be known as the GeForce GTX 670Ti and GeForce GTX 670. In addition to these, NVIDIA would also expand its Kepler lineup in Q2 2012 by introducing the GK106 Mid-Range GPU "GeForce GTX 660" and a Dual GK104 GPU codenamed  GTX 690.

Core clock is rumored to be set around 900MHz down from 1008MHz (GTX 680) while memory would be set at 2500MHz, Boost clock remains unknown. The card would have a 256-bit wide GDDR5 memory interface and a 2GB memory buffer which would run at 5GHz effective clock speed. Lesser clocks and shaders would result in a lower TDP of 160W but would also comprise performance by 21.7% compared to the GTX 680.