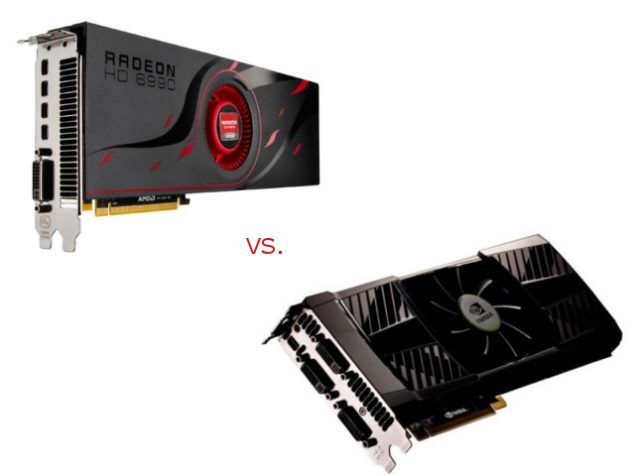 3DCenter has detailed that Nvidia would launch a new Dual chip Kepler GPU in May which would be based on two GK104 chips called GeForce GTX 690. The GK104 chip is a performance tier chip on which the GeForce GTX 680 GPU is also based.

The GTX 690 would go against the HD7990 from AMD which is also a Dual chip GPU based on the Tahiti Core featuring upto 4096 Stream Processors, 256 TMUs, 64 ROPs, 384-bit x2 6Gb Memory. Performance wise both GPU's are said to be equal to each other, however AMD's flagship could lead due to much beefier specs, AMD HD7990 is expected to launch at the end of March 2012.

Furthermore the site details that the competition of the dual chip GPU's could face quite a bit of problem with the arrival of the GK110 based GPU's which are expected to launch in August 2012, These would be NVIDIA's Flagship enthusiast grade products and could offer very similar performance to the GK104 based Dual chip GPU.