NVIDIA DLSS Accelerates Frames in Black Ops Cold War By Up to 85% at 4K; Three Other Titles Just Got It 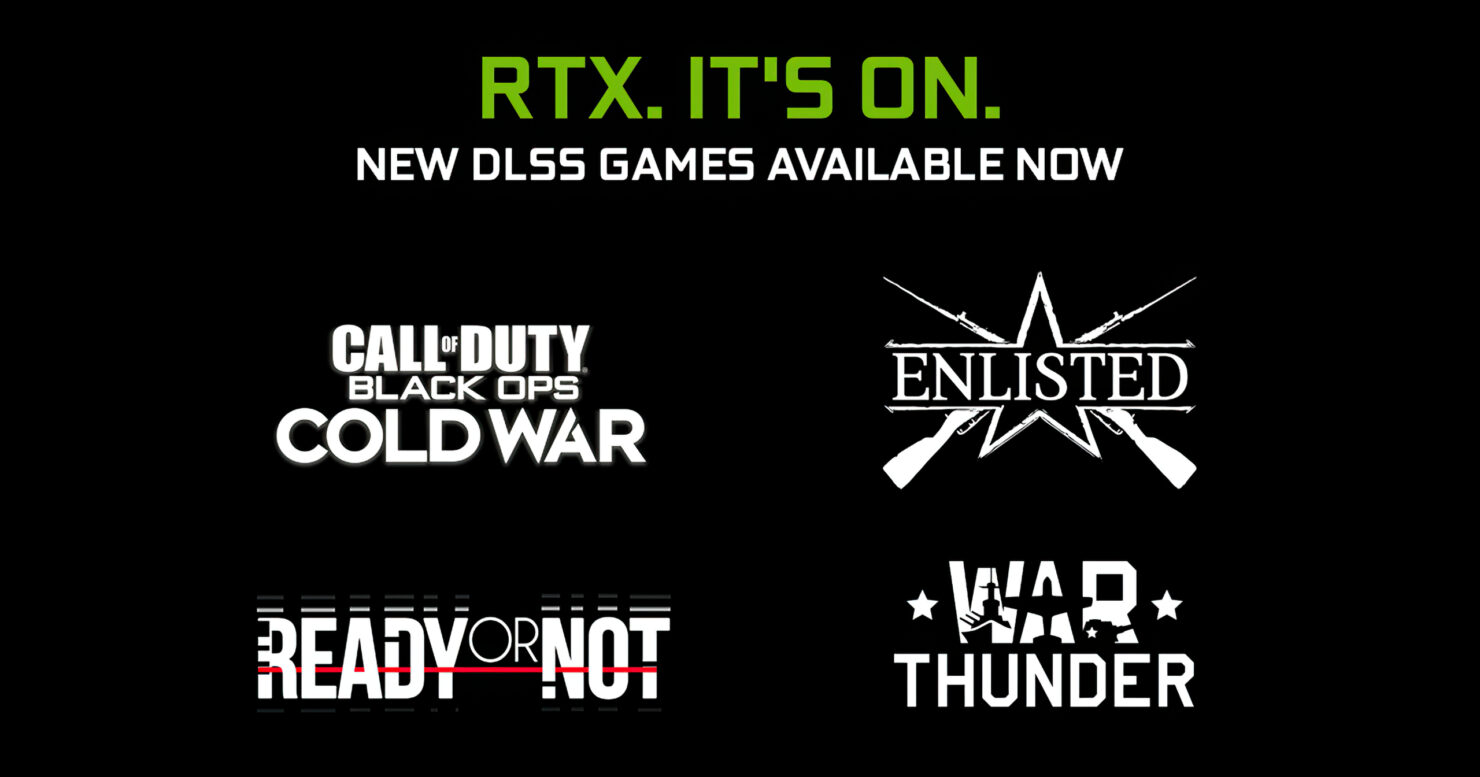 NVIDIA sent out an update to announce that DLSS, the company's AI-based Deep Learning Super-Sampling technology, is now available in four games, the most popular of these being the new Call of Duty: Black Ops Cold War.

According to NVIDIA's tests, DLSS can accelerate frame rates by up to 85% at 4K resolution in the new title. In the 'Performance Mode', the flagship GeForce RTX 3090 can get to 124.8 frames per second, while without DLSS it'd be stuck at 68.3 FPS; that's with ray tracing on. 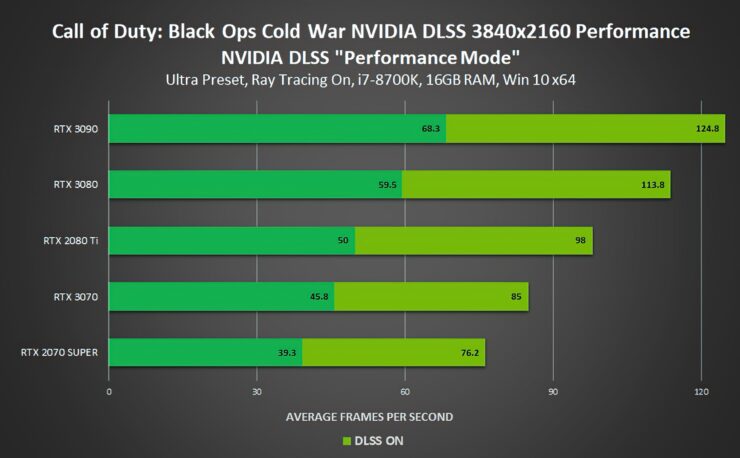 Beyond the hugely popular Call of Duty franchise, though, DLSS is also now available in another long-time hit: the free-to-play War Thunder, made by Gaijin Entertainment.

The developers are upgrading the Dagor engine to version 6.0, adding a number of graphics improvements such as shadows from dynamic lights, improved grass physics, hit marks staying on the environment, and more. With DLSS 2.0, War Thunder is also getting a performance boost, though in this case, it's on the lower end of the spectrum compared to what we're used to seeing with Deep Learning Super Sampling as it accelerates frames by up to 30%. Granted, the game seems to be just light on any system in general, so that might have something to do with this peculiarity. 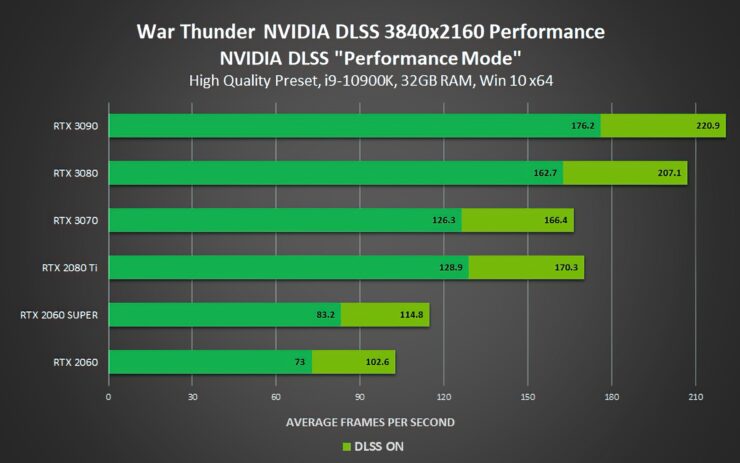 Enlisted, published by Gaijin Entertainment, finally launched in Closed Beta for PC (as well as Xbox Game Preview) with the previously anticipated NVIDIA DLSS 2.0 technology support. This game fares better compared to War Thunder as far as performance boosts go, improving your average frames per second by up to 55% at 4K resolution. 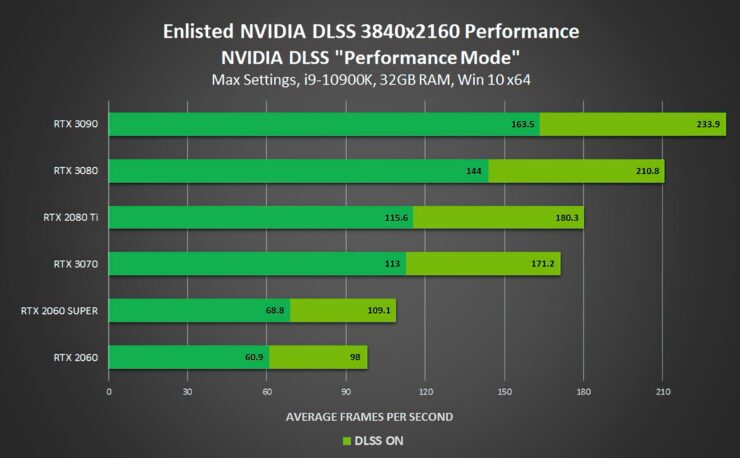 Last but not least, the tactical first-person shooter game Ready or Not has just received DLSS 2.0 support in its Closed Alpha build (which is, as far as we're aware, a first). The developers at Void Interactive have also added ray traced reflections, ray traced shadows, and ray traced ambient occlusion shading which all inevitably affect the performance. Luckily, NVIDIA DLSS can get you up to 120% higher frame rates at 4K resolution with the Performance Mode; as you can see below, the RTX 3090 jumps from an average of 46.7 FPS to 95.2 FPS. 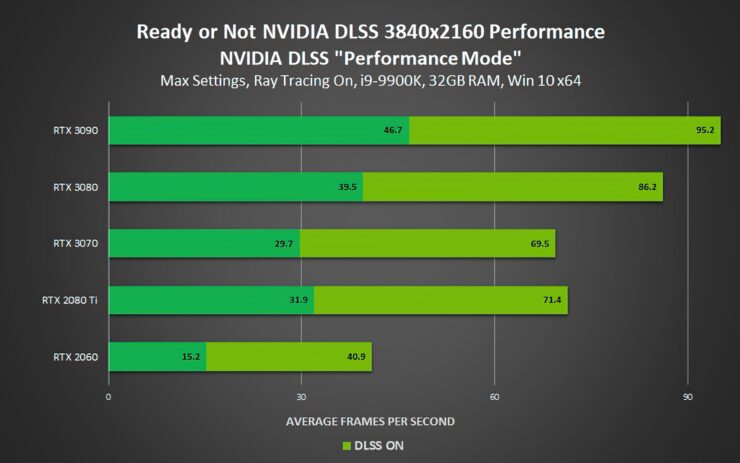 Of course, the most anticipated title of 2020 is still to come out. We're referring to Cyberpunk 2077, which will land December 10th with built-in RTX and DLSS support, available with GeForce RTX graphics cards as well as through GeForce NOW (if you're a founder).