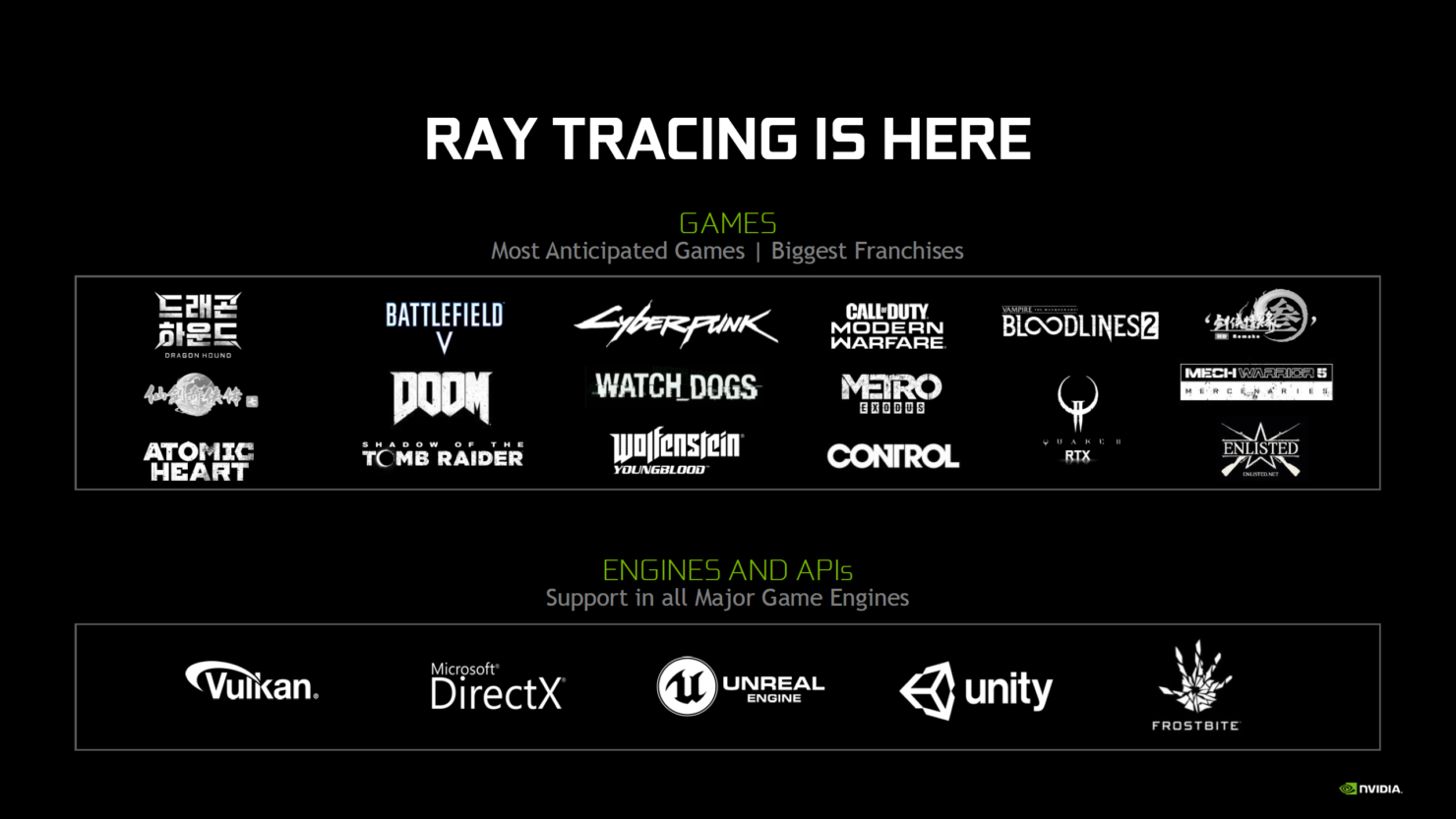 NVIDIA announced their latest earnings a few days ago, beating market expectations. During the Q/A session of the earnings call, NVIDIA's CEO, Jensen Huang, stated that it is crazy to buy a GPU that doesn't have ray tracing support within it in 2019.

During the previous quarter, NVIDIA's GeForce RTX demand grew and the results can be seen in the financial report which shows a 27% increase in the gaming sector alone, raking in US$ 1.313 Billion in Q2 FY2020 compared to US$ 1.055 Billion in Q1 FY 2020. The rise in gaming market is attributed to a couple of factors which include the launch of mainstream GeForce GTX parts and range of new GeForce RTX SUPER cards which provide more performance at the same price as their respective predecessors. 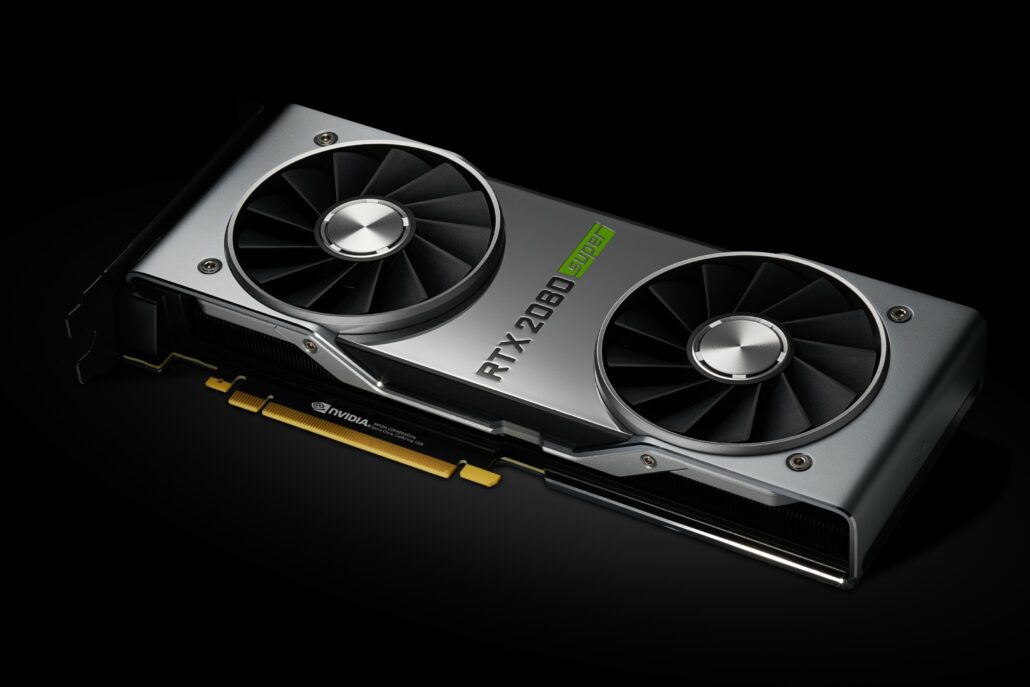 While talking about the benefits of ray tracing in general, NVIDIA CEO implied that buying a GPU right now with ray tracing is crazy. Following is the full quote (Listen to the complete webcast here).

SUPER is off to a super start for and at this point, it’s a foregone conclusion that we’re going to buy a new graphics card, and it’s going to the last 2, 3, 4 years to not have ray tracing is just crazy.

Ray tracing content just keeps coming out. And between the performance of SUPER and the fact that it has ray tracing hardware, it’s going to be super well positioned for throughout all of next year.

Now I do want to agree with Jensen on the fact that ray tracing as a feature is something that does make a graphics card purchase more compelling than something that doesn't have ray tracing on it. There are a couple of titles that feature support for ray tracing and there are many AAA titles in the works that would support ray-tracing. But the main aspect about ray tracing is that with next-gen consoles on the way, it will become an industry standard as both the PS5 and Xbox Scarlett will feature ray-tracing support. This would prompt developers to make their games look much better by using ray-tracing features and since these games will also be coming to PC, it will be essential to have graphics card with proper ray tracing support. 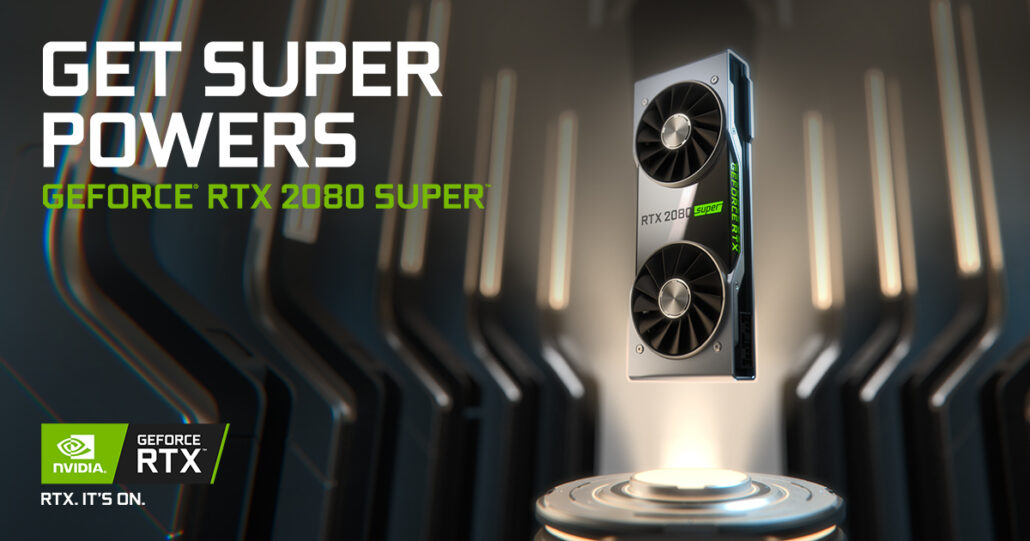 NVIDIA's CEO suggests that their cards will be well-positioned for all of next year implying that RTX 20 series cards are here to stay till 2020. At the same time, Jensen implies that having ray-tracing on GeForce RTX cards make them a much better purchase than AMD's Radeon RX 5700 series that features the RDNA architecture.

Do keep in mind that AMD's RDNA will be powering the next-generation consoles too with ray-tracing. If you haven't been following up with the details, AMD's 1st Gen RDNA architecture for Radeon RX 5700 series doesn't feature Ray-tracing support but the 2nd Gen RDNA architecture would. This shows that the next-gen consoles are powered by the 2nd Gen RDNA rather than the first one. Also, AMD has high-end Navi products in the works, which if end up using 2nd Gen RDNA, would support ray-tracing on desktop PCs while being on-par with NVIDIA's high-end solutions.

Definitely, having ray-tracing support is a major pro on the architectural and feature side. It makes you future-proof for next-gen AAA titles and developers are already creating engines optimized for graphics cards with proper ray-tracing support on the hardware-level.

With all of that said, I also would like to state that I also slightly disagree with what Jensen has to say. Not all non-ray-tracing GPU purchases are crazy. NVIDIA themselves have Turing based GeForce GTX class graphics cards which are aimed at the mainstream and budget options.

I think they are not "CRAZY" but fantastic options for users who don't have a budget for high-end RTX class graphics cards. NVIDIA could say it's crazy to buy a non-RTX graphics card if they have ray-tracing support on their entire top-to-bottom graphics card lineup but until then, I would say having a GTX card that delivers great performance on a budget isn't a bad investment either.