During a Q/A session after GTC 2020, NVIDIA's CEO revealed that the GeForce RTX 30 (RTX 3080 & RTX 3090) shortages would last until 2021, as reported by Tomshardware. Jensen Huang also said that the issue is more to do with the demand than the supply but they are working to fix things on both fronts however the upcoming holiday season isn't going to make things any better.

Jensen repeatedly emphasized demand as the most major factor that has outstripped all of their supply through the year and we're fast approaching the holiday season which will hit the already dried up stock even harder. Following is the full transcript of what NVIDIA's CEO had to say on the supply issues:

"I believe that demand will outstrip all of our supply through the year," Huang said, "Remember, we're also going into the double-whammy. The double-whammy is the holiday season. Even before the holiday season, we were doing incredibly well, and then you add on top of it the ‘Ampere factor,’ and then you add on top of that the ‘Ampere holiday factor,’ and we're going to have a really really big Q4 season."

"The (NVIDIA GeForce RTX) 3080 and 3090 have a demand issue, not a supply issue," said Huang, "The demand issue is that it is much much greater than we expected - and we expected really a lot."

"Retailers will tell you they haven't seen a phenomenon like this in over a decade of computing. It hearkens back to the old days of Windows 95 and Pentium when people were just out of their minds to buy this stuff. So this is a phenomenon like we've not seen in a long time, and we just weren't prepared for it."

"Even if we knew about all the demand, I don't think it's possible to have ramped that fast. We're ramping really really hard. Yields are great, the product's shipping fantastically, it's just getting sold out instantly," said Huang,

"I appreciate it very much, I just don't think there's a real problem to solve. It's a phenomenon to observe. It's just a phenomenon."

NVIDIA's GeForce RTX 3080 and GeForce RTX 3090 saw some of the worst retail openings to date with the cards going out of stock just a mere minutes after launch. There was the case of scalpers getting their hands on the cards rather than legitimate customers who had been waiting for years to upgrade their graphics cards. 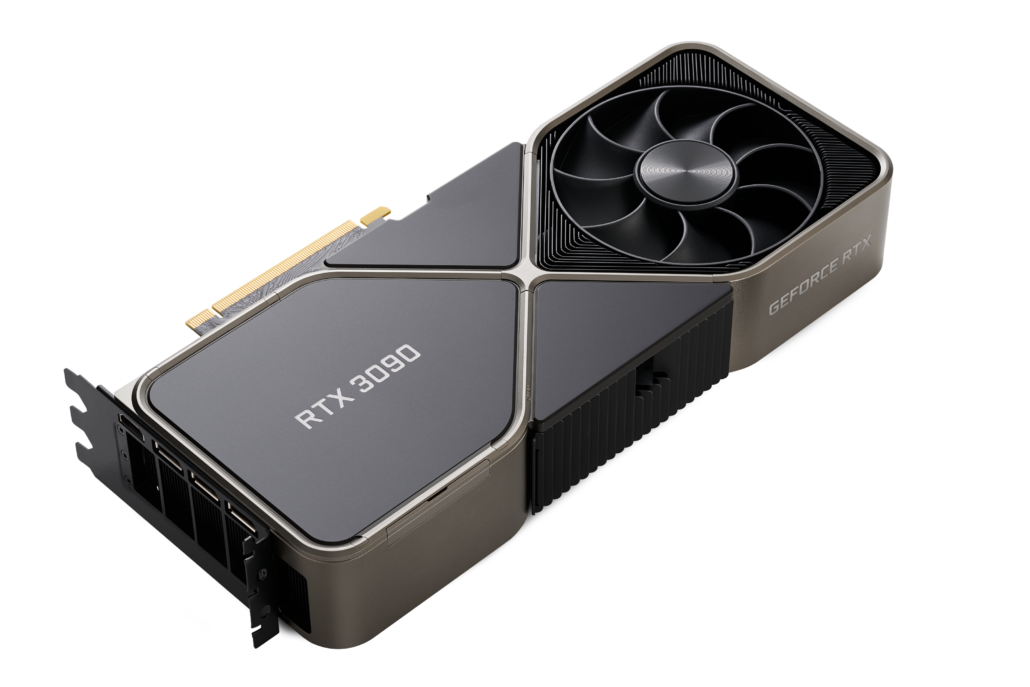 The company also recently delayed its GeForce RTX 3070 to build up stock and we have seen reports from insiders that the RTX 3070 supply is looking rather good compared to the GeForce RTX 3090 and GeForce RTX 3080 graphics cards. Pictures from a GPU validation facility were leaked out yesterday showing several GA104 GPUs being tested prior to shipment to AIBs. Based on the output number, we can expect fairly better quantities for the RTX 3070.

With that said, 2020 will be a really hard time to purchase a new NVIDIA Ampere-based flagship graphics card but we hope the mainstream lineup isn't as badly affected as the higher-end lineup. Retailers and AIBs do provide regular updates on when new stock is available but only the lucky few are able to get their hands on the cards on time. Just recently, AORUS's newly launched RTX 3080 Master graphics card saw a similar fate where despite Newegg implementing new measures to counter bots couldn't stop scalpers from getting them before actual customers. The cards were quickly listed on eBay and there was a lot of drama surrounding the whole launch which you can read more about over here.