A user on Hardwareluxx's Forums has confirmed the existence of NVIDIA's Ampere GA102-250 GPU SKU which was previously expected to be featured on the GeForce RTX 3080 Ti graphics card. It was spotted when the forum member took apart his GeForce RTX 3090, only to reveal that the GPU had initially been labeled as the GA102-250 SKU instead of the GA102-300 which is the official SKU used on the RTX 3090.

The NVIDIA GA102-250-KD-A1 GPU only existed in the rumor mill but now we can confirm that this is indeed a real chip. Initially planned for the GeForce RTX 3080 Ti graphics card, it looks like NVIDIA decided that they could use a further cut-down SKU to power the upcoming flagship while this SKU can be utilized for the GeForce RTX 3090 graphics card. You can clearly see that the GA102-250-KD-A1 GPU label has been cut-off and instead, it's been repurposed as the GA102-300-A1 SKU. What's interesting is that the GA102-250-KD-A1 was expected to feature 78 SM units enabled for a total of 9984 CUDA cores whereas the RTX 3090 with its GA102-300-A1 GPU packs 82 SMs or 10496 cores.

It could be possible that NVIDIA decided to repurpose the GA102-250 SKU into  GA102-300 given the shortages of its high-end graphics cards. We cannot say for sure if the 250 variant offers the same performance/power limits as the 300 variant but given that it has a lower naming scheme, one could expect it to be a lower bin than the standard GA102-300 SKU. The GPU was also made during the 49th week of 2020 which is between the end of November and early December. Again, we do not know the extent to which NVIDIA is repurposing its GA102-250 chips to GA102-300 but since they exist and this is out now, we can expect more users to find this out by themselves. 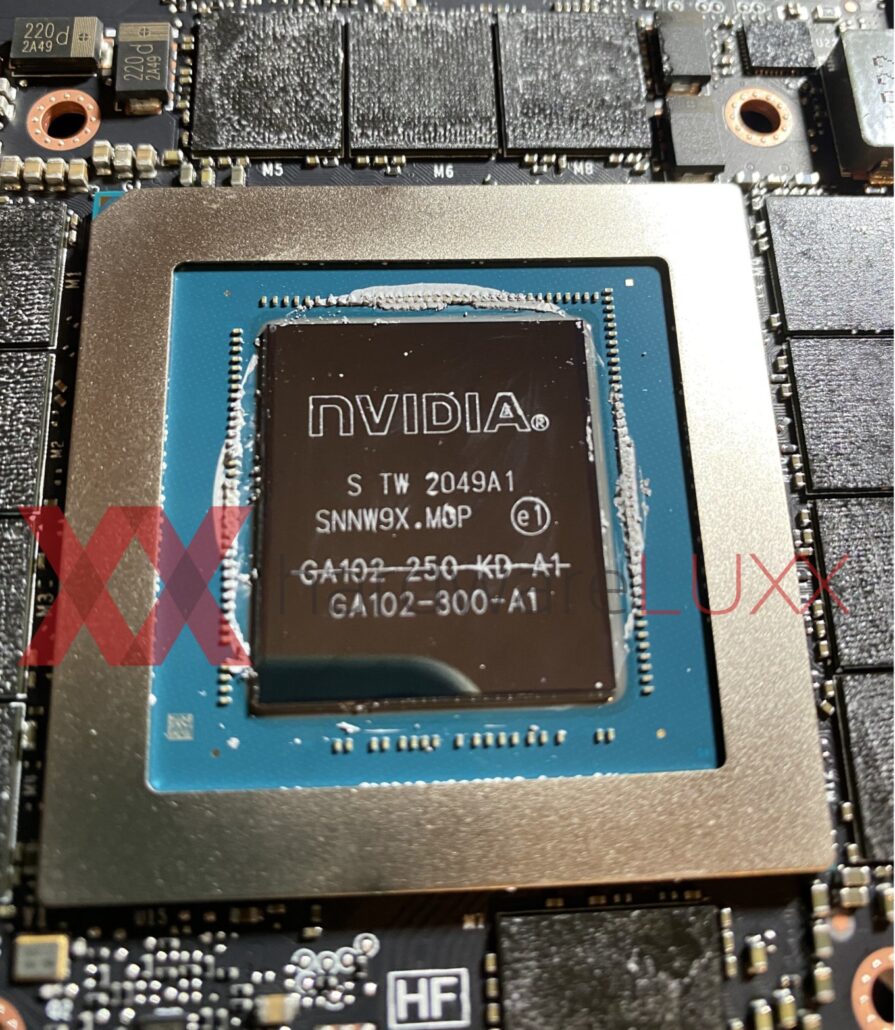 The NVIDIA GeForce RTX 3080 Ti on the other hand has seen a spec-change and will now be using the Ampere GA102-225-A1 GPU SKU. Following are the expected specifications of the upcoming RTX 30 series flagship.

The TGP for the card is set to be the same as the RTX 3080 at 320 Watts. That's definitely needed to feed the extra cores so NVIDIA might have to optimize the clocks a bit here. The NVIDIA GeForce RTX 3080 Ti is expected to launch in mid-April for an MSRP of around $999 US. The card is rumored for launch in May.