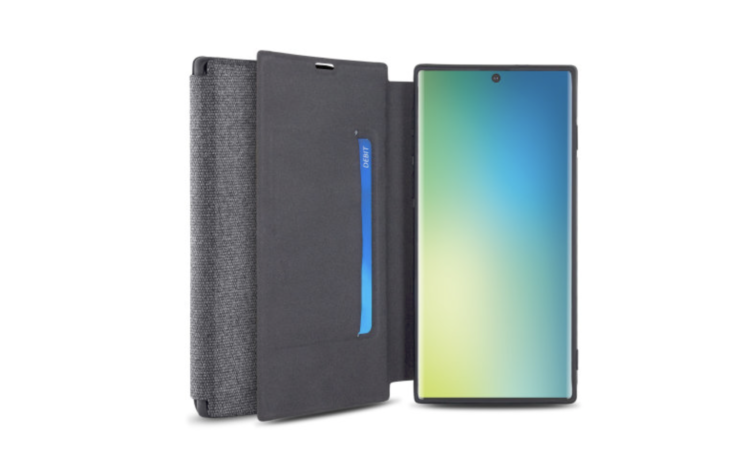 Leaks for the Samsung Galaxy Note 10 lineup have picked up the pace as we're about to exit the month of June. It's starting to look as if Samsung really will launch two Note devices this year. these are dubbed tentatively as the Galaxy Note 10 and the Galaxy Note 10 Pro. Today we've got case renders for both gadgets, and the images show an important difference between them. Take a look below for more details.

One rumor for the Galaxy Note 10 that is persistent on the rumor mill states that Samsung will launch two variants of the phablet this year. These will be the Note 10 and a 'Pro' variant, and today's leak has images for both devices. Earlier leaks for the phablets have suggested that Samsung will make full use of its DPSS laser drilled displays on the phablet. This will result in razor-sharp bezels and chin on the devices.

Today's news corroborates this detail and suggests that the Note 10 Pro will come with an additional camera sensor on its back. If you ask us, there's a chance that this will be a ToF (Time of Flight) sensor that's similar to the one that's present on Samsung's 5G Galaxy S10 variant. Previous leaks have also suggested that Samsung will redesign the bottom of the Note 10 series, with cutouts for the S-Pen and USB 3.1 port present at the bottom right of the device.

These images are from Olixar, and the cases are even up for pre-order. While we've seen a lot of images and visual leaks for the Note 10, details for the lineup's specifications haven't surfaced so far. It'll be interesting to see what changes Samsung makes to their cameras, especially as Apple's got a big camera upgrade incoming for the 2019 iPhone lineup.

Other details from today's leak suggest that the power and volume buttons on the Note 10 will be placed on the device's left and that the device will not have Samsung's controversial Bixby button. Samsung gave the S-Pen an important role with the Note 9, as the company chose to overhaul the lineup's most distinctive feature. With the upcoming phablet, it looks as if the company will sell the device based on camera performance.