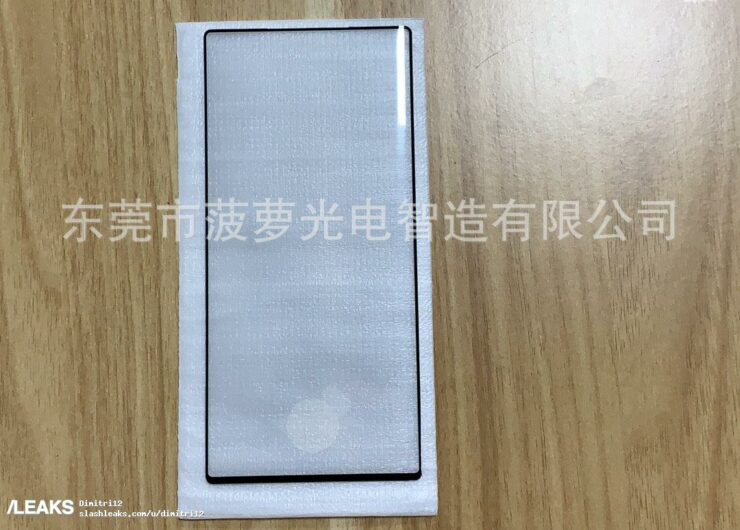 We've got two critically important leaks for the Samsung Galaxy Note 10 today. The Korean tech giant has a lot to build on to this year after it overhauled the Galaxy S lineup's design, display and camera specifications earlier this year. So far, rumors for the Note 10 are disconcerting as they suggest changes to the lineup that sound illogical if you ask us. On that note, head on below for more details.

Right off the bat, noted tipster Evan Blass is back today with a great leak. Blass has managed to get his hands on Verizon's marketing calendar for this year. As you'd expect, the document has information for the launch details of this year's high-end mobile gadgets. Since only the Pixel, Note and iPhone are due for an upgrade later this year, Verizon's schedule has information for the three devices.

Since we're talking about the Galaxy Note 10, the roadmap suggests that Samsung will launch the phablet in late August. Moving to other gadgets, the Note 10 will be followed by Apple's iPhone lineup, which will precede Google's Pixel 4. If this information bears fruit, then Samsung will follow its standard routine with the Note 10, as the company looks to gain a nice headstart over Apple once again.

In our second leak, we've got a screen protector for the Galaxy Note 10. This alleged accessory shows how thin the bezels be on Samsung's upcoming flagship gadget. The Korean tech giant manufacturers the best smartphone displays in the world, and it uses its gadgets to show off this prowess. One thing that the protectors confirm is that we will get Samsung's DPSS Drilled OLED displays with a cutout for the front camera(s).

What's unclear at the moment is whether these sensors will be located at the center of the phablet's display or on the side. It's a design riddle that Samsung's forced itself into by launching new displays, and our bet is that the company will follow an approach that is similar to the Galaxy S10 lineup.