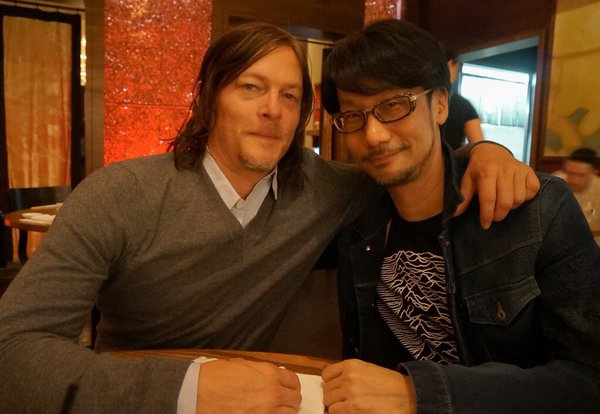 The millions of girls who tune into the Walking Dead each year for professional redneck Norman Reedus will already know what the rest of us have learnt in the last 24 hours - he's a dirty little tease.

Clearly making up for his part in the travesty that was Triple 9, he took to Instagram to post a picture of the new Kojima Productions logo. 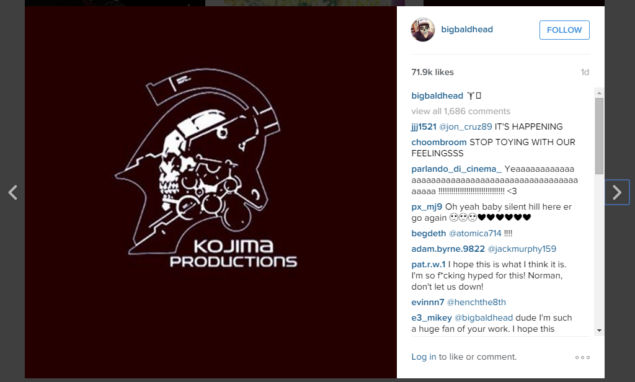 Why is that such an amazingly big deal? Because Reedus was supposed to play the lead role in Silent Hills, the most exciting premise for a horror video game since the Atari version of ET. Until it was unceremoniously cancelled by Konami that is.

Given the fact that Hideo Kojima left Konami in a hail of bullets - we like to imagine it was like something out of an 80s buddy cop drama - it seems unlikely that the game he is currently working on is Silent HIlls.

Kojima tweeted a picture of the two earlier this week as well, and we suspect it's more than just a casual actor-genius video game developer dinner date.

Reunion with Norman Reedus. Giving update about my own company. pic.twitter.com/1yWMWWGT3q

The involvement of Reedus hints that this will be a spiritual successor to Silent HIlls of sorts. It won't be what PT would have become, but that doesn't mean it can't be something great.

Sony Rumored to Be Developing a New Horror IP, Possibly for PlayStation 5