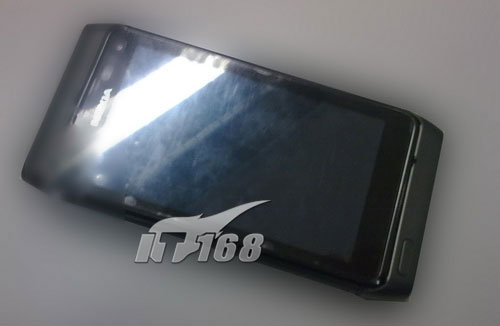 Nokia has now announced that its new flagship phone titled N8 will be announced in mid-April. The phone is most probably gonna be announced when their company does its Annual Meeting in Helsinki. Heres a pic attached that's just a "proto" of a Symbian. It might be the N8. Not confirmed. The phone is supposed to have a 12-megapixel camera along with an HDMI output and a touchscreen