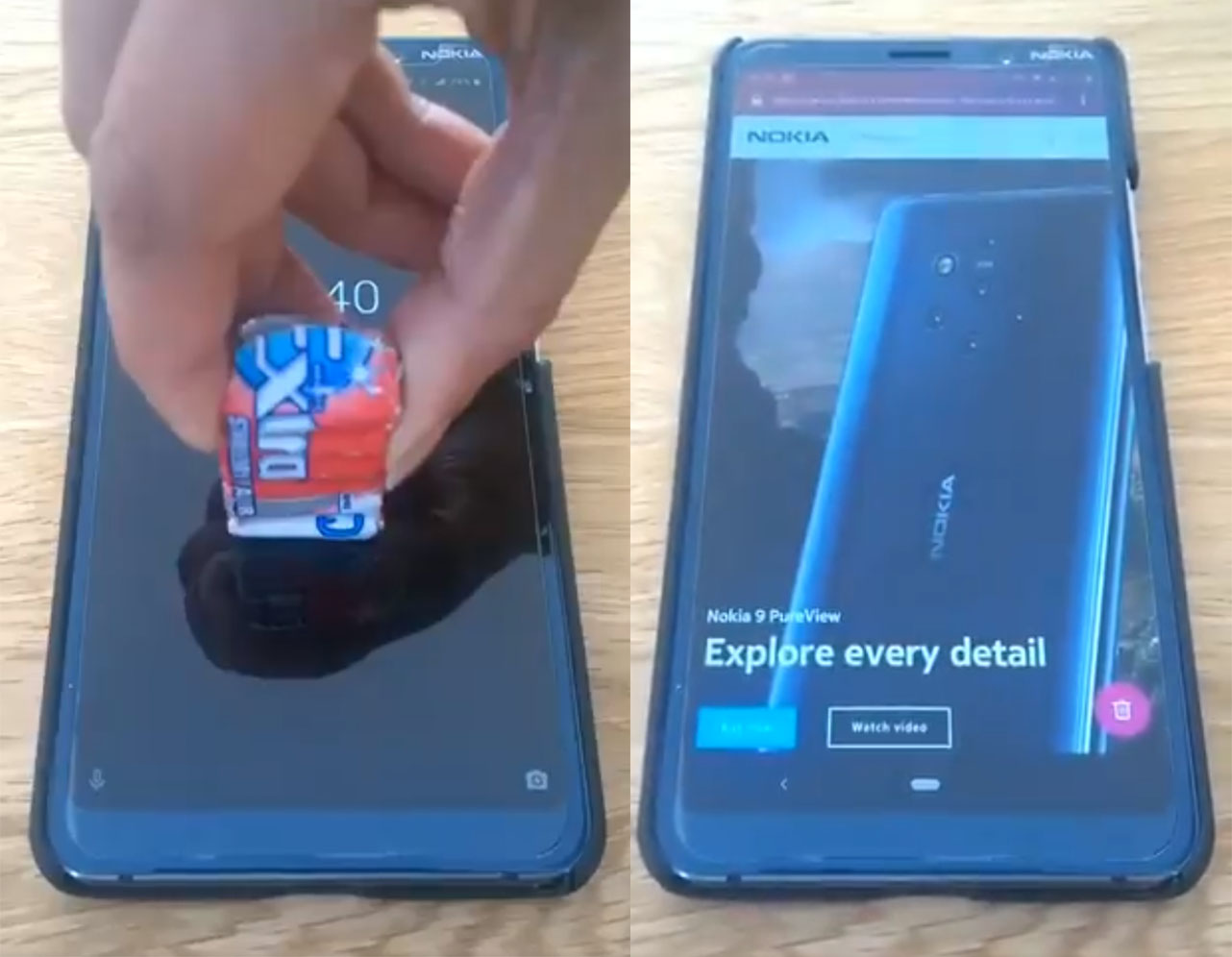 The in-screen fingerprint reader might be a unique technological change to prevent the user from adopting an unorthodox way of reaching the rear-mounted fingerprint scanner of their mobile phone, but it does have plenty of flaws. First, it was the Galaxy S10 that came under hot water for being easily fooled with a 3D printed fingerprint, and now we have the Nokia 9 PureView. Despite the flagship incorporated with an optical fingerprint scanner, the Nokia 9’s biometric feature can easily be spoofed in an extremely comical manner, as you’ll soon find out.

HMD will be looking to eliminate the possible as quickly as possible as it wouldn’t want its proper flagship to come under fire. After several users installed the OS update version 4.22 that was released on April 18, they started complaining about various problems. The update was meant to improve the fingerprint scanner, but the exact opposite effect took place. One user who goes by the Twitter handle @decodedpixel revealed how simple it was for a pack of gum to unlock the phone.

He demonstrates this by first unlocking the Nokia 9’s fingerprint reader using a finger. After this was successfully done, he repeats the process, but this time with a pack of gum. Sure enough, the fingerprint recognizes the pack of gum and it unlocks after just a single attempt, giving rise to the severity of the problem, and that HMD must patch this up as soon as possible.

Video of the fingerprint sensor unlocking phone with a packet of chewing gum and someone else's finger pic.twitter.com/jwY4ZG7uCh

Momentarily, we’d advise not to unlock your phone using the fingerprint scanner and switch to a different mode of authentication, which can range from facial recognition, pattern, pin code, or password. It is unclear how long a patch would be released to resolve the problem, but given that the smartphone brand is committed in providing updates in a timely manner, we don’t think it will take considerably long.

We also hope phone manufacturers are able to introduce biometric solutions that are more robust than this. With security being a paramount concern for a lot of customers, top device manufacturers should put it on the top of their ‘to do’ list to make sure that something like this doesn’t materialize.